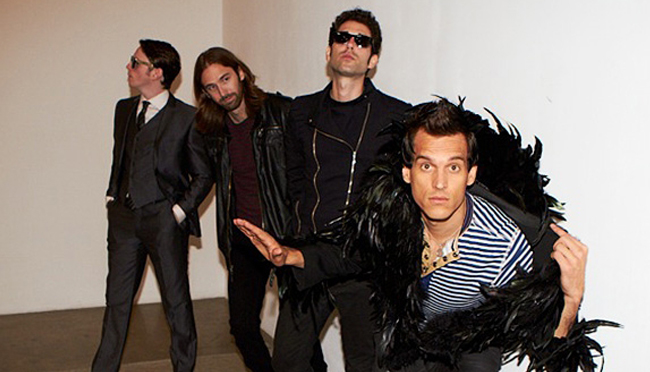 Lucas from Faulkner was living homeless in New York City, sleeping restlessly under the Brooklyn Bridge, all while tirelessly perusing his passion—and it paid off. Faulkner was discovered by the former manger of Nirvana, after uploading their music to Soundcloud.

This four piece alternative band, now based in Venice, CA, is produced by the same producer that moves the knobs for The Strokes, and are prepping for the release of their debut album, Street Axioms.

As promised in a recent Eddie Jason & Chris interview with Lucas from Faulker, here’s something special for idobi Radio listeners and readers. It comes back full circle to Soundcloud, as you’re welcome to enjoy a free download of Faulkner’s new single.

“NY ANTHEM” is a heartfelt tribute to New York featuring the legendary RZA from Wu-Tang Clan, and was produced at Rick Rubin’s legendary Shangri La Studios in Malibu. Find more Faulkner on Facebook  and Twitter.