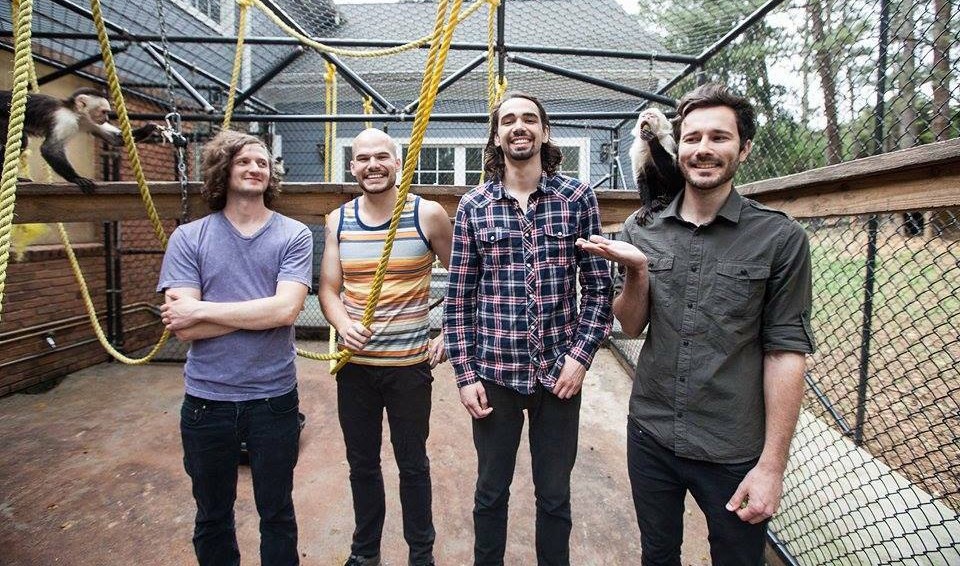 Microwave has been having a great year. The Atlanta, Georgia based band has been riding high from the release of their critically acclaimed debut album Stovall in the latter half 2014. Since then, the band has generated a lot of online hype, toured the US relentlessly, signed a record deal with SideOneDummy, and released a split with fellow buzz band Head North. Now on their first notable full US tour with one of the most stacked fall tour packages, the hard-working foursome is starting to reap the benefits of their efforts while exposing their earnest punk songs to many new fans.

On November 7, the band rolled into the Roxy Theatre on the infamous Sunset Strip in Los Angeles, along with fellow tour mates Somos, Transit, and Have Mercy. Microwave kicked off the night. The venue was still only about half-full, but when they stepped on stage every head turned in anticipation of a band many had heard of, but few had seen. With only time to play six songs, the band provided the crowd with a sample of the best tracks from Stovall as well as the two new songs from their split, “Thinking of you,” and “but not often.” The band was by far the most confident when performing. Their mumbly banter and awkward pauses to tech their own guitars were swiftly eclipsed whenever they started playing. The songs were brought to life by Nathan Hardy’s vocals seamlessly sliding between calm and manic, tied together by emotionally wrenching screams. Everyone in the room that night was essentially privy to a diamond in the rough. Microwave still has far to go in terms of showmanship, but they’re damn good musicians who will have plenty of time to hone their chops as they ascend from opener to headliner.