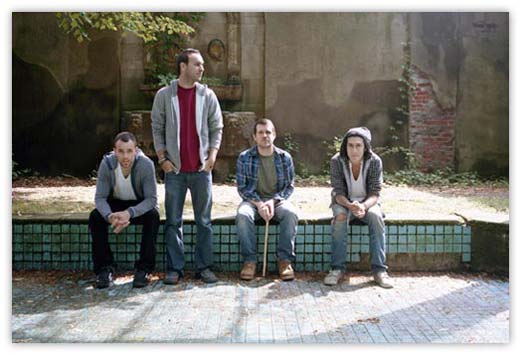 Brand New will play full album shows on the East and West Coast in December. Tickets go on sale here at noon. Check out a message from the band and the dates below.

To our fans and friends,

The recent shows we played around and including the Riot Fests in Colorado and Chicago were such a great time for us and we wanted to thank you all for the response, once again, to our erratic and spontaneous show scheduling. We had so much fun. So much, in fact, that we all decided we would like to do a few more shows before the end of the year. And since we have been working on some new material, we decided that it would be fun to try to go back and play all of our previous material.

That’s right, all of it.

So we have booked 4 shows, 2 on the east coast and 2 on the west (sorry middle America), and we will play two complete albums each night. Since we want to cover everything, we are going to try to include all B-sides relating to each album as well on their corresponding nights.

The shows will be December 9th and 10th at the Observatory in Santa Ana, California, December 20th at The Paramount in Huntington, NY, and December 21st at Starland Ballroom in Sayreville, New Jersey. This should be a pretty fun venture, and we hope you guys will join us for the fun.

Today at 12pm Eastern, and then Pacific time a ticket pre-sale will go live on Ducatking. General tickets will go on sale this Thursday.

We hope you are all well, and we will see you soon.