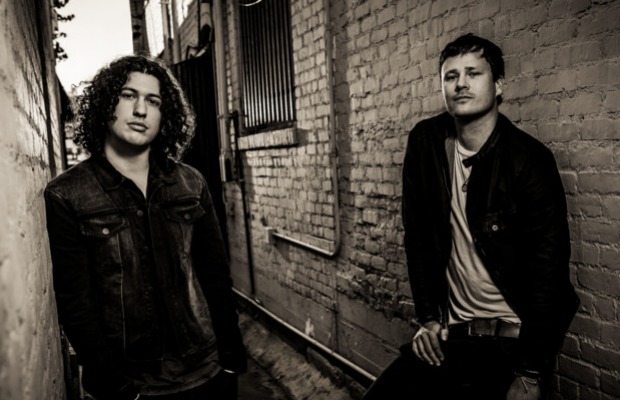 Angels and Airwaves are streaming their new album  The Dreamwalker in full on their Soundcloud page. The album is released today and can be purchased on iTunes.

The band, composed of Blink 182 frontman Tom Delonge and Ilan Rubin, are going in a fresh direction with Angels and Airwaves on  The Dreamwalker. For the duo, the band is more than just a music group–it’s an art project. Angels and Airwaves fully intend to encompass all forms of art in the coming months to create a well-rounded experience of  The Dreamwalker.  In a recent interview with Rocksound, Delonge said there will be comic books, a novel (written by Suzanne Young), and a full-length film to accompany the album.

Delonge explains the storyline of the Dreamwalker:

“It’s about two brothers who are orphans, one of which goes into a coma. The main character — Poet — believes he can reach his brother in the dream world.”

Stream  The Dreamwalker in its entirety and watch the trailer for the animated short below!