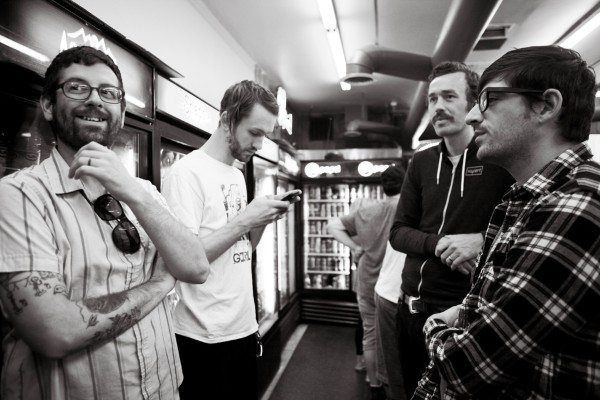 Phoenix, Arizona’s AJJ have a lot of announcements that are about to make your Thursday a whole lot better. The garbage pop act has revealed information about their forthcoming sixth studio album, released a brand new video, and have a trek of concert dates to add to the excitement!

As for the album, it’s due out August 19th. By the title of The Bible 2, the band and producer John Congleton left any bit of vulnerability behind to craft their strongest effort yet. Check it out when it hits stores, and get a taste of what’s to come with the video “Goodbye, Oh Goodbye”. The low budget flick was shot in one take, and has a vibe OK Go would be proud of. Hit play below, and let us know what you think on Twitter!

To top off the announcements, the band will be hitting the road this August in support of their new album. Check out dates below!