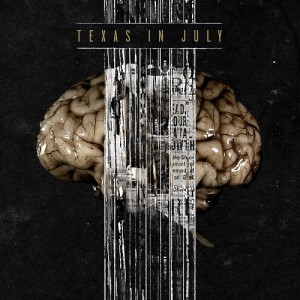 A strong improvement from their last release One Reality, Texas In July’s self-titled third album can accommodate multiple audiences. While they are often classified as a Christian band, the bold hardcore sound of Texas In July is enjoyable and relatable to listeners of all backgrounds.

Texas in July are regularly praised for their drums, so leaving them out of a majority of the intro “Initiate” was a bold move — but one that worked. It has a flawless transition into “Cry Wolf” which features an infectious opening guitar riff that you’ll be humming in no time. “Shallow Point” and “Bed of Nails” both feature the typical chug of the genre with their gruff guitar work. The vocals match the instrumentation with their practiced, articulated delivery. If any song from this album belonged in a horror movie, “Paranoia” would be the frontrunner. You could just imagine the music video giving you nightmares. Texas in July prove that they have no trouble switching things up.

The band shows their intricate side when “C4” comes on, juxtaposing their hardcore sound with detailed guitar embroidery. “Repressed Memories” is a surprising song for a band with such a heavy reputation. Even the drums, being slow and steady, have a dark and beautiful tinge to them. “Crux Lust” and “Black Magic” show Texas In July’s different approaches to songwriting. While “Crux Lust” takes its time fleshing out a tone with drumming and the light echo of vocalist Alex Good’s voice, “Black Magic” dives right into the song, giving listeners instant gratification. You don’t have to wait a single second for the energy the rest of the album has brought to you. Closing track “Cloudy Minds” is catchy as any hardcore song could be, and even as it fades out towards the end it will keep your attention. With a sound as complex as Texas In July’s, it’s no wonder they’ve built up such a strong fanbase.

Texas In July have taken the best parts of One Reality and stepped their game up. There is no questioning the quality of this album. With a song for every shade of hardcore, Texas In July show that they can adapt their music from one album to the next and still crush it.