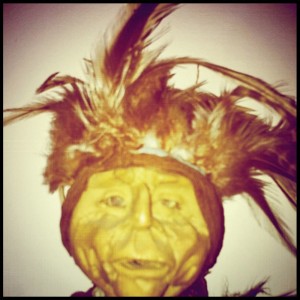 Upon first listen, Sirs’ self-titled debut may come off as a bit of a mess, but it quickly grows on you to the point that you’ll wish the record was longer. Mixing straight up punk with atmospheric and melodic elements, Sirs have created a combination of sound that is raw and memorable. Despite the short length of the album, the band makes good use of their time with dynamic songs ranging between one and six minutes long.

Energy runs high throughout the record, with singer Justin Jurgens hardly pausing to take a breath between lines. This vigor is only matched by shrewd guitar tones kept in pace by steady drums. It’s no secret that many bands on Topshelf Records have an affinity for Bear vs. Shark, and the defunct band’s influence is clearly apparent on Sirs. Lyrically, there is a reoccurring theme of war used to express feelings towards death and relationships. Opener “Early Riser” serves as a great introduction to the band, encompassing all the elements present throughout the rest of the record. “Parading” seems to focus on trying to uncover the truth about something and ends with what may end up being the album’s most quotable line: “Hey! We’re in the backyard bathing in smoke,  listening to music that our friends made.” “King’s English” is a faster-paced song that shows similarities at times to the explosive sound labelmates The Saddest Landscape have come to define.

The highlight of the album comes in “Backscratcher”, a catchy number with complex instrumentation that leads into a harmonious outro before ending with drawn-out feedback. This feedback leads into “Like Father, Like Son”, a song made up of just one sentence that flies by so quickly you won’t even be sure what was said. That’s part of the beauty of Sirs, though – Jurgens doesn’t have to fully articulate to get his emotions across. “Eye For An Answer” and “Crossbows and Arrows” both have more of an indie rock vibe to them, but still keep the punk sensibilities the band has presumably grown up on. Closer “Left To Our Own Devices” is drawn-out, but in the best way possible. The slowness of the track escalates into a full-blown number with spirited screams and then fades out again, ending the album with some final, necessary bits of distortion.

Sirs hit the mark on their debut full-length, having recognized the elements needed to perfect their sound. While drawing influences from their  predecessors, Sirs still have that certain uniqueness about them that makes this record stand out and ensures that it will be in rotation for years to come.