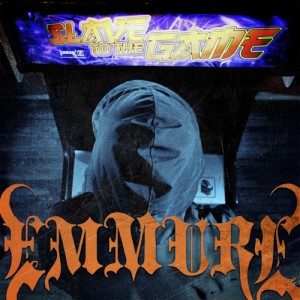 Emmure have a certain sound that they’ve developed over the years, and their latest album Slave to the Game fits perfectly into the mold they have created for themselves. Thick with video game references and infused with the members’ own personalities, the album is everything an Emmure fan would expect it to be.

The band cranked this record out around their busy tour schedule, which may be part of why they haven’t changed their formula much, but what they do, they do well. “Protoman” and “MDMA” are oddly paced, with a slower, more dynamic feel than the rest of the album. “I Am Onslaught” features energetic drum parts that direct the flow without overpowering the rest of the band. “War Begins With You” and “Bison Diaries” are consistently aggressive, proving that Mark Castillo was a great addition behind the kit — he has a knack for knowing when to take over and when to let the songs breathe on their own.

The guitar lines don’t deviate from the stereotypical chug of this genre, but Jesse Ketive and Mike Mulholland sure know how to work them into a song. “Umar Dumps Dormammu,” “Black Heart Reigns” and “She Gave Her Heart To Deadpool” are all similar tracks that have a riffy feel, with guitar lines that will have you wondering if your CD is skipping. Frankie Palmeri hasn’t expanded his range by much in the year since their previous release, but he showcases the small growth he has made well on these tracks. Placing “Poltergeist” and “Cross Over Attack” next to each other was a fantastic choice by the band. “Poltergeist” is an intermission track, breaking the album in half. Following that with “Cross Over Attack” will only make you appreciate it more. Lyrics like “Press start to continue / This game isn’t over” make it a more subtle reference to video games than the rest of the album.

If you’ve followed Emmure at all, you already know exactly what to expect on Slave to the Game: the same heart-pounding, adrenaline-infused, rage-anthem music you’ve grown to know and love. If you’re looking for a CD to throw down to, Emmure is and will continue to be your band. With album number five, Emmure shows their fans that being a Slave to the Game is something to be proud of, but perhaps waiting a little longer between records will build more anticipation for their next release.