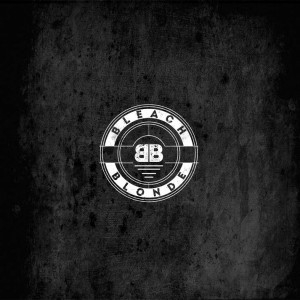 Bleach Blonde’s self-titled first release is a 3-track EP that packs a punch in a short amount of time. Founded recently in August of 2012, the band is making major headway in a short amount of time as well. The Denver, Colorado alt-rockers have already been signed to Rise Records and are expecting to release a full-length album later this year. Composed of former Drop Dead, Gorgeous vocalist Danny Stillman and drummer Danny Cooper as well as guitarist Michael Payne, guitarist/vocalist David Barella, and bassist Cory Eitenberg, Bleach Blonde are progressing quickly and will be worth watching in 2013.

“Sea Mint Pastel” comfortably combines clear melodies and Bleach Blonde’s definitive alt-rock sound in a memorable yet brooding way that sets the tone for the whole EP. Opening with the lyrics “Should have been born with a better fate / Should have been born with a better smile / Should have never fell for those lips / But I’m stronger now,” the first track on the EP captures attention instantly with a heavy melody and a solid rock sound. Stillman’s higher-pitched vocals backed by the deeper harmonies of Barella provide an undeniably catchy melody in the midst of a coarser alternative song.

Second is “Play Catch Up,” which starts off big and upbeat and jumps straight into the chorus. The tempo is set high from the start with both Barella and Payne’s steady guitar, as well as Cooper’s fast-paced drumming. The verses quiet down slightly, emphasizing Eisenberg’s even rhythm on the bass and Stillman’s smoother vocals, but the majority of this song is a straightforward anthem screaming, “Now you won’t break me down / Cause I’m not around.” The track ends on an abrupt note just after two minutes, making it the shortest and fastest song on EP.

The third and final song “This Is Instrumental” wraps up the EP strongly and leaves a solid base for the band to move forward from. It rides the fast-paced wave started with “Play Catch Up.” The second half of the song sings, “Remember that night when we stayed up / And we swallowed our lies, you threw them up / We weren’t holding anything back.” The song ends on a similarly abrupt note as well, but leaves the listener wanting more.

Giving listeners a taste of what they have to offer with these three songs, Bleach Blonde have secured a solid start with their self-titled EP and are sure to gain some ground with the release of their debut full-length later this year.