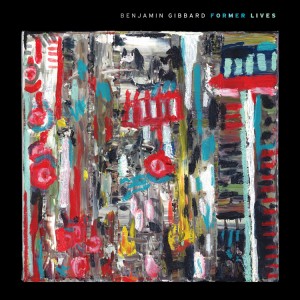 The first challenge of properly absorbing Benjamin Gibbard’s first solo album Former Lives: separating the Death Cab For Cutie and Postal Service versions of Gibbard from the solo one. The new album is more gritty and acoustic than his former beloved gentle indie catalogue, true, but Former Lives needs to be experienced in its own right without any shackles of the past.

Precise acoustic melodies and down-to-earth lyrics characterize the first portion of the album. “Shepherd’s Bush Lullaby” provides a short but sweet taste of Gibbard’s classic crooning vocal harmonies before “Dream Song” contributes a reliable but mostly cyclical mid-tempo three minutes laden with a more wispy chorus buried within. “Lily” captures a similar feeling to “Dream Song,” and it is not until halfway through the album where any semblance of variety is apparent.

“A Hard One To Know” picks up the overall speed and achieves an insatiable toe-tapping effect. Full of classic Gibbard similes (“You’re like a flower garden buried in snow”), this tune elicits a palpable character image. It is relatable and earnest above all; Gibbard clearly had a vivid muse in mind for this non-love song, and the final product provides a real audience connection.

“Broken Yolk in Western Sky” and “I’m Building A Fire” close the album as majestically as a sunset dipping low on the horizon. The entire album feels vaguely like escaping to some sort of wide open space, but these two closers in particular conjure up literal images of a spacious prairie or a reflective late-night country campfire. If anything highlights the difference between Gibbard’s earlier works and this album, it would be found here. Whereas The Postal Service felt like hanging your feet off the edge of a skyscraper and looking down at the city below and Death Cab For Cutie felt like an immense forest or a deserted beach, Former Lives feels like an escape to an earthy expanse where there is very little between you, the ground, and the sky.