Head chefs Jesse Brookshire and Sam Johnson, hosts of the youtube metal cooking show Sons Of Scullery, will be in studio on Metalix Monday, April 6th to promote the grand opening of their new location in Denver April 17th.

Sons Of Scullery bills itself gourmet bbq but the menu has a diverse selection including The Kraken, a monster pork and brisket sandwich piled with fries, mac and cheese, slaw, chow chow, onions and two kinds of barbecue sauce.

Sam also has new music from his band, Artemesis, who is finishing a follow up to the 2012  Transgression EP.

Metalix streams live Monday nights 9pm ET with host B Lo at ido.bi/howl or on the TuneIn app. 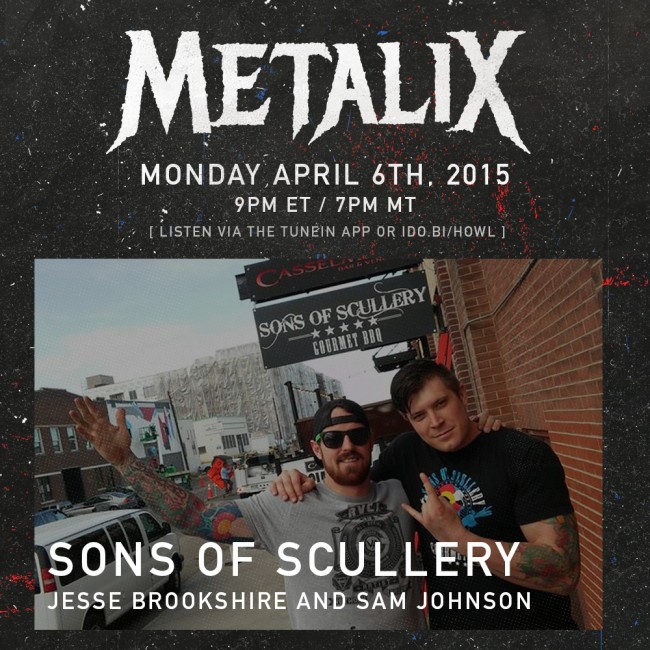