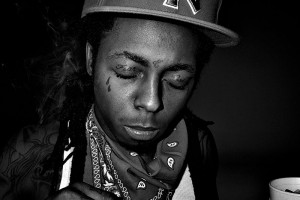 Josh is busy trying to get out of NYC snow, and heading to Los Angeles to DJ a New Year’s Eve party at the Supperclub. If you’re in LA, you should join him.

Tonight, we are re-airing a First Person retrospective of the life and time of  Dwayne Michael Carter, Jr. AKA Lil Wayne.

First Person with Josh Madden airs every Thursday night at 8pm EST, only on idobi Radio.

Josh Madden is a Music Producer, Remixer, and DJ; Co-Founder of  DCMA COLLECTIVEclothing line with brothers Benji and Joel; stylist for artists such as Good Charlotte, NYLE, Pierce Brosnan, Metro Station, White Tie Affair as well as for KANGOL, BEN SHERMAN, and HOUSE OF CASSETTE clothing lines; and a writer for  nylon.com &  evilmonito.com. Josh has been featured in magazines such as PEOPLE, NYLON, TIME OUT, SPIN, PAPER, & STATUS.