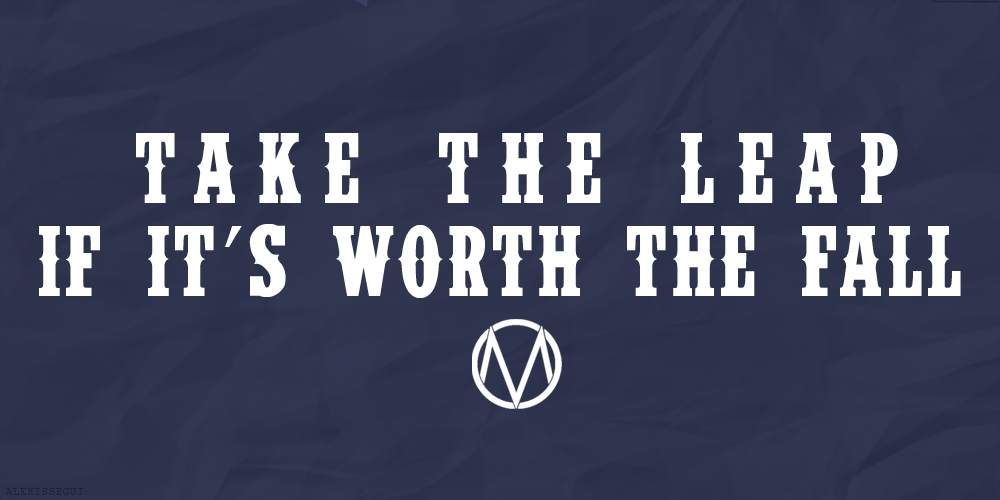 Way back when I was a kid using too much eyeliner, and The Maine were solidifying the new sound and aesthetics found on Forever Halloween, I started working with 8123. My little music blog was by no means Rolling Stone, or even BryanStars, but from the moment I became involved with the company—scratch that, family—they made me feel like I was just as important as a million dollar publication.

Fast forward three years, and I’ve had the opportunity to work with 8123 time and again. I’ve been introduced to most of the bands on their roster, and the staff behind the scenes too, and one thing has never changed—the feeling that you’re appreciated. That, combined with a work ethic of steel and creativity that knows no bounds, is what makes 8123 what it is.

Many bands have voyaged off to create their own labels when things weren’t working out with the record companies they’d signed to. The Maine isn’t one of those bands. Sure, they left Warner to record by their own rules, and since then have brought acts like Beach Weather and The Technicolors with them, but they’ve by no means created a cut and dried company while doing so. By technical terms, 8123 might be a label, but spend one day with anyone affiliated with it, and you’ll realize the organization is just as personal and significant as its name.

Heading out to your local Warped Tour date over the past couple years meant you could see the A team in action. Bands like The Maine don’t have to walk the line promoting their set time themselves, but when you speak to the guys, you see there’s no other way. They also run their own merch tent, don’t charge for meet and greets (because why would you pay money to meet a human being?), and do their own heavy lifting. When it comes to The Maine, they know half of the thrill is in the work itself. You’ll be hard pressed to find a band who immerses themselves in day to day tasks as much as John, Pat, Kennedy, Garrett, and Jared do. When it came to creating their own label they integrated all of those values. Not only do you feel welcome in their presence, you know that they’re working damn hard to make things happen, and it’s nothing less than inspirational.

Individuality is another important factor of the 8123 equation. How many album announcements have you seen on a billboard in the last ten years? How about albums recorded to analog? Or Drake and Shania covers on the same damn EP? You can’t deny that The Maine have a pretty unique way of approaching music, merch, and everything in between, and the freedom and support they’ve created with 8123 allows them to see their ideas lived out to the fullest.

When you spin an album from 8123, look a little deeper than the music. Behind the songs that will help you through your days, good and bad, is hard work, innovation, and most importantly, support. Being a part of this wild industry can leave you feeling a little lonely at times, but 8123 has banded together to remind us what music is about; friendships, growth, a passion for what you’re doing, and feeling like you belong somewhere. If you ask me, they’re doing a damn good job of it.

Check out more posts from us talking all things The Maine to celebrate the band’s 10 year anniversary!