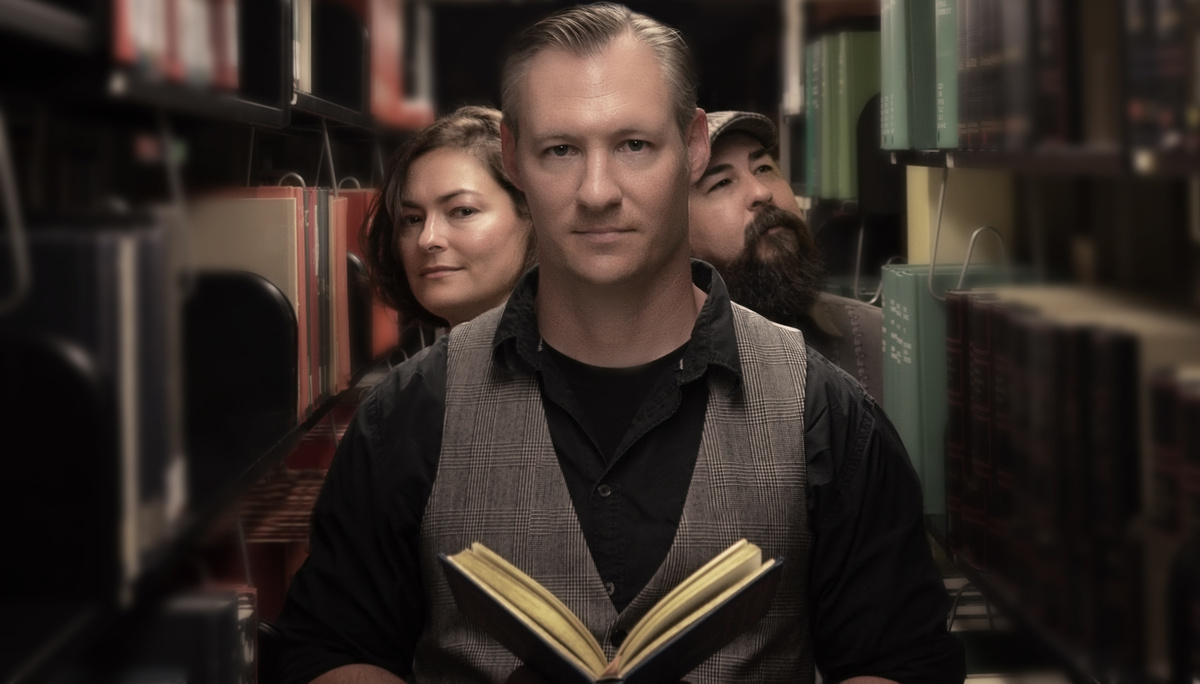 It’s a funny thing when it comes to planting seeds. Literal seeds are straightforward–you plant an apple seed, you get an apple tree, et al. But when it comes to metaphorical seeds, especially creative ones, it’s rare to have any idea what will come of them. Or even, sometimes, when they’ve been planted.

These days, most of my creative energy goes into my band Sci-Fi Romance. But the earliest Sci-Fi Romance song pre-dates the band by eight years, and was written for a monster movie. Weird, right? It remains kind of a mystery even to me how I got here.

Around the turn of the last century (that’s fun to write), I was playing drums in a death metal band called Black Spiral, and we released our only album, Defeat. Stumbling our way through trying to make a music video was fun, so music ignited in me an interest in film and video work. I started spending more time making short films, and less time playing in bands after a handful fizzled out. But I also started teaching myself how to play guitar. By 2002, I decided to make a no-budget feature film, The Return of the Forest Monster. I set myself the challenge to write two songs on acoustic guitar, which I’d never done, to fill out the soundtrack. One of those songs–the second song I ever wrote–was “Frankenstein’s Lament,” which eventually showed up again on the first Sci-Fi Romance album in 2010. But at the time I wrote it, I didn’t sing. A friend who did, Kristin Vogel, was in town for a day, so I stole her for a few hours and she recorded the vocal tracks for both songs I’d written for the movie. 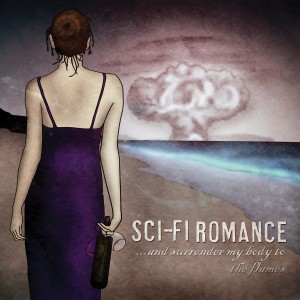 Over the next handful of years, I started making a living in film and video production, but I always felt like Kristin’s rendition of “Frankenstein’s Lament” was the best, most beautiful creative thing I’d ever been a part of. That belief made me think that if I wrote enough of them, I might be able to write another song I’d feel proud of, so I wrote a bunch of songs. The best ten of those, including a new recording of “Frankenstein’s Lament,” turned into …and surrender my body to the flames, the first Sci-Fi Romance record. And on our new, third album, I got to sing two duets with Kristin…the first time we’d been able to work together in 14 years.

Saying Yes to Your Own Whims

Yeah, yeah, full-circle and all that, but what’s the point, right?

It’s this: I think that when it comes to creativity and the arts, the best advice I know of is to simply say “Yes.” Specifically, I think creative people owe themselves the courtesy of extending that advice to themselves, by saying yes to their own ideas. I don’t think I’m alone in having crazy ideas pop into my head and immediately thinking “I don’t know how to do that.” But more often than not, I’m willing to give it a try because it’s something that sparks an interest. That road has led a lot of places, and along the way I’ve planted a lot of creative seeds that grew into trees I could never have anticipated.

I’ve always remembered the story Kurt Vonnegut told in Timequake about a handyman in Cape Cod, who built a small shed for Vonnegut to write in after the previous one fell down. The guy, Ted Adler, did everything on his own from measuring the foundation to putting in the Sheetrock, and at the end of this whole project, he looked at it and said, “How the hell did I do that?” I know that feeling. Probably the thing that most stands in its way, though, is the reluctance to simply start down a path that feels unfamiliar. But the irony is that the farther down those paths you go–at least in my experience–the more familiar they begin to feel.

I’ve tackled a lot of work in a lot of different media, and one of the things that has remained the most surprising is noticing the points of intersection where all these things connect. The technical skills differ tremendously from something like painting to songwriting (how you hold a brush vs. how you fret an Am7, for instance), but what I’ve come to believe over time is that on a fundamental level, these things all come from and aim for the same place. Edward Hopper’s Nighthawks hits me in the same place as Regina Spektor’s Summer in the City, somehow. They both speak to loneliness, in a deeply resonant way. They both grab the same tuning fork and bang it against my ribs. 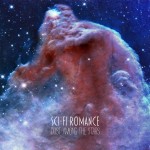 So the songs I write in Sci-Fi Romance, they come from the lessons I’ve tried to learn from films I’ve made, stories and scripts I’ve written, and art of all different kinds that has left a mark on me. In a lot of ways, I think screenwriting was maybe the most instructive of all these disciplines, because the books that you can buy on the topic, they all sell you on structure and form. “Anyone working in Hollywood knows that on page x, y needs to happen.” Stuff like that. But having been in rooms trying to get people to buy things I’d written, I can’t remember a time when anybody said, “I really like when this happens, but I think it should’ve happened on page 43.” Well…nobody whose opinion I trusted. Instead, the lesson that kept being drilled home was that people are looking for recognizable human emotion in their stories. That’s true in Nighthawks, and it’s true in Summer in the City, and it’s true in Lost in Translation. People recognize feeling lonely while surrounded by people, and if it feels lived-in, it feels real. It goes for joy, or loss, or any emotion.

Some people are naturally adept at getting this into their creative work. Other people, like me, have to work at it. But if there’s a bright line that connects all the work I’ve done–the successful work–to the songs I’m writing now, it’s that insistence on honest emotion. And the lovely thing is, it’s the same bright line that runs through work of all kinds that speaks to me, and that familiarity makes me feel a certain confidence in trying new approaches to creative expression. I feel that at this point I know what to aim for, even if I don’t know at first exactly how to hit it.

Listen to the new Sci-Fi Romance album Dust Among the Stars  here, and be sure to support the band by picking up  their music on the following formats: