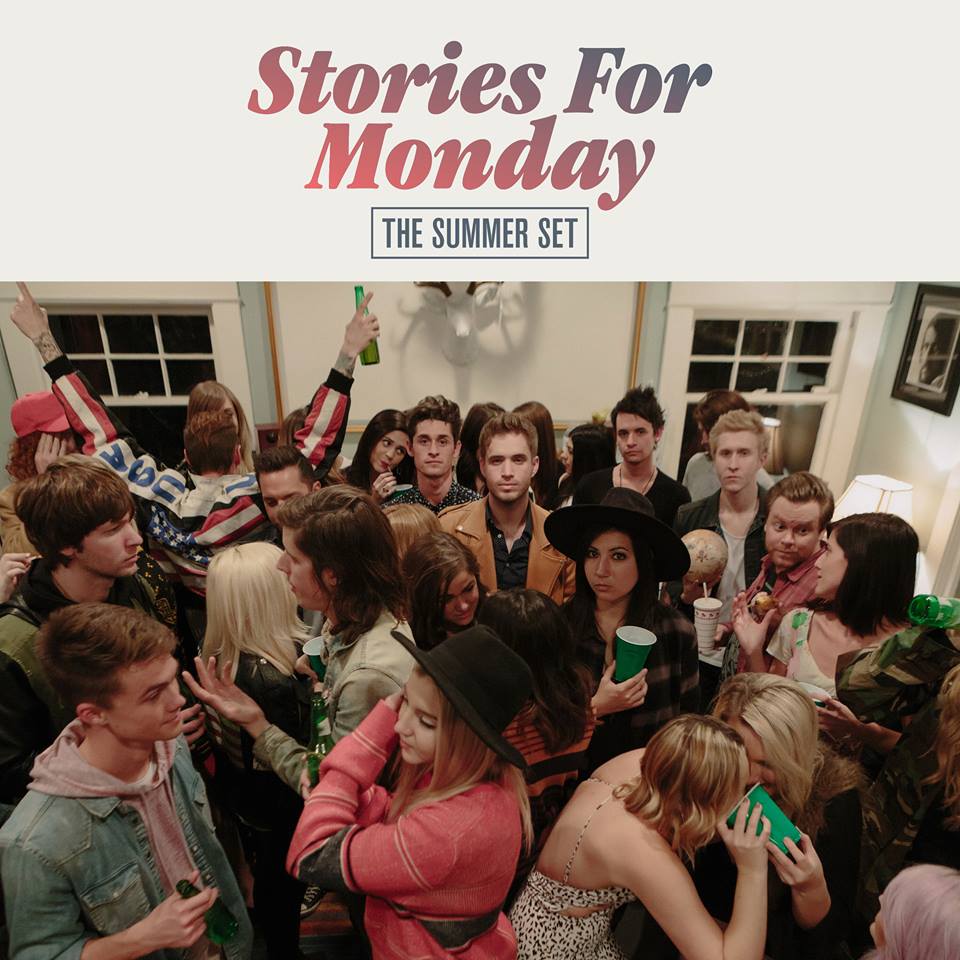 Love it. “Too pop for the punk kids, too punk for the pop kids, I don’t know where I fit in.” I’ve always thought that about TSS actually. But this is a really fun song for as internal as the lyrics are. Also, did anyone else notice that all the piano keys are white? That’s cool.
– Hannah Pierangelo

The Summer Set always feels as lost as I do.
– Emillie Marvel

I thought it was a clever way to address, “hey we aren’t punk but we are in this music scene and we like it so who cares?”, because people get so caught up on genres and it’s unnecessary. I love the piano in particular; it really adds to the dynamic of their music especially since the lyrics are more straightforward. Overall a jam, I think the rest of the album will have more depth though.
– Hannah Hines

Love it. Backed so hard. Band can do no wrong.
– Dana Reandelar

Great song and I love the lyrics but I wish the vocals weren’t so over produced. For such an honest song I would have liked the vocals to be a little more natural. Also I can’t resist singing “Teenage Wasteland” to that The Who riff.
–  Cindy Tenicela

I love it, was hooked by the end of the first line. I’m super hyped for the rest of the album now. I totally agree with what Hannah said about genres and I think it’s gonna be a good preview of what’s yet to come. The song is very obviously similar (if not the same) in chord progression to The Who but I think the songs as wholes are very different. It’s not uncommon for parts of songs to be the same as something from the past.
– Jenna Cafora

Love the song. BLD’s best songwriting, definitely can feel a bit of Bleachers influence in there. And the jab at YouTubers made me chuckle.
– Joey Britton

This song fills me with so much hope. I don’t think I’ll get tired of hearing it, and I can already tell it’s going to become a real anthem for all the kids who are “too pop for the punk kids but too punk for the pop kids”. Each time I listen there are more layers, both lyrically and musically. Excited to see this song take the band to new heights, and if this is the standard they’re setting, then I’m even more stoked for the rest of the album.
– Alex Bear

The band showed me “Figure Me Out” a few months ago and the first time I heard it I fell in love. Always been a fan of TSS and each time they release new music it blows me away. In this case it blew my MIND. Some of the notes Brian hits while singing shows his great vocal range and ability as a song writer. The lyrics are some of the most personal and powerful I’ve heard from the band and now I’m here anxiously awaiting April 1st to hear the rest of Stories For Monday.
– Fish

What do you think? Leave your thoughts in the comments, pick up the track here, and check out  the video  for  “Figure Me Out” below!

Tags: The Summer Set, TSS, What We Think