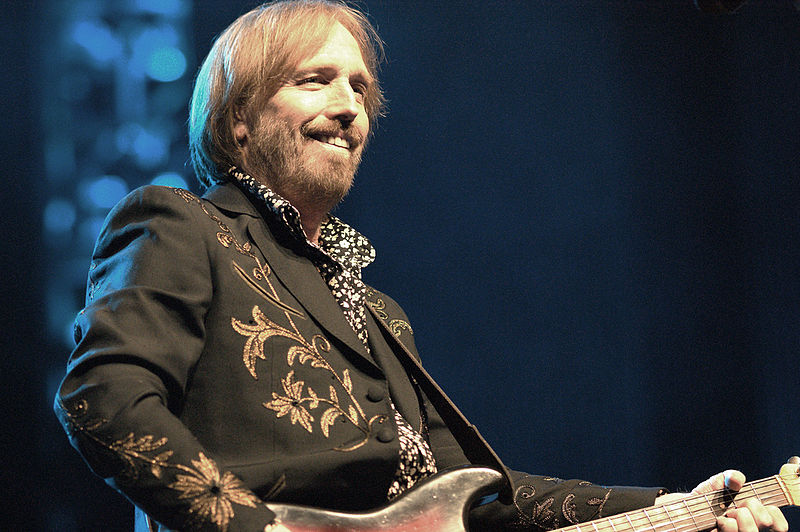 “I felt so good like anything was possible
I hit cruise control and rubbed my eyes
The last three days the rain was unstoppable
It was always cold, no sunshine.”
– “Runnin’ Down a Dream”

For many people, including this writer, Tom Petty’s entire career is a ray of light or, not to be too hokey, a beam of of hope. Few were as good at taking the banal—the everyday emotions and events that regular people live unspectacularly—and creating something spectacular. Petty knew how to articulate what we were all thinking or, at his best, what we all wanted to believe.

Tom Petty died on Monday, October 2 after suffering cardiac arrest. He was 66 years old, and will forever be considered one of the great American songwriters. Make no mistake–Petty was a giant in life and he’ll remain so in death. He leaves a songbook, a legacy, that future musicians, historians and fans will pour over, generations from now.

In the New York Times obituary, Jon Pareles wrote that Petty’s songs, “were staples of rock radio for decades, and with hits like ‘Refugee,’ ‘Don’t Come Around Here No More,’ ‘Free Fallin’‘ and ‘Into the Great Wide Open,’ Mr. Petty sold millions of albums and headlined arenas and festivals well into 2017. He played the Super Bowl halftime show in 2008 and entered the Rock & Roll Hall of Fame in 2002.”

All of which is true. Petty was a huge star–in the premier league of rock ‘n’ roll. His music, as a member of the Heartbreakers, the Travelling Wilburys, as a solo artist, or even with his recently-reformed old band Mudcrutch, beautifully blended the roots of folk and country with rock and pop to create authentically delicious anthems that were both intelligently written and also instantly accessible.

Perhaps that’s why he got along so well with fellow Wilbury Bob Dylan who said to Rolling Stone this week, “It’s shocking, crushing news. I thought the world of Tom. He was great performer, full of the light, a friend, and I’ll never forget him.”

There was confusion early on the day of his death when CBS announced his death, sourcing the LAPD, when in fact Petty was still alive. He actually died at 8:30 p.m. (PST). The CBS story led to other media outlets prematurely announcing his death, while musicians including Cyndi Lauper, Courtney Love, Talib Kweli and Lin-Manuel Miranda tweeted their heartfelt condolences and respect.

All of that undeniably led to an embarrassing day for the media. The downside to the fast-paced online world is that news gets around fast, even when it’s incorrect. That an outlet as prestigious as CBS broke the news and cited the LAPD and it was still wrong when the other dominoes started to fall is rare, but perhaps inevitable on occasion.

More important is the reverence with which people were talking about this wonderfully talented and arguably underrated singer, musician and songwriter.

One has to wonder what Petty would have made of the media blunder. We’ll never know, but history suggests he would have cast a wry smile and moved on, as he did when Sam Smith agreed to give Petty and Jeff Lynne co-writing credits on the “Stay With Me” song after it came out it was a little too similar to “I Won’t Back Down.”

“About the Sam Smith thing. Let me say I have never had any hard feelings toward Sam,” Petty wrote in a statement at the time. “All my years of songwriting have shown me these things can happen. Most times you catch it before it gets out the studio door but in this case it got by. Sam’s people were very understanding of our predicament and we easily came to an agreement.”

2016’s Mudcrutch 2, the long-awaited album recorded with his re-formed original band, is Petty’s last studio album (it’ll be interesting to see what is released in the future) and, quality-wise, it’s not a bad way to exit, with critics generally offering positive reviews. But records such as the Heartbreakers’ self-titled debut, Into the Great Wide Open, Wildflowers, and Full Moon Fever are undeniable classics that will see Petty’s legend, and music, live on.