It’s a pretty beginning of a fall afternoon when I meet up with Bryce Avery, better known as The Rocket Summer at a park in Los Angeles. After about 10 minutes of trying and failing to locate each other in the park, we finally managed to find our way. We caught up quickly after our last meeting at this summer’s APMAs, and then took a nice hike up the trails–me in heels, and him in a leather jacket–to help photographer Erica Lauren get the perfect pictures before coming back down to talk about his “not really a comeback” comeback.

The Rocket Summer’s career started in 1999 when Bryce recorded his first self-titled project; The Rocket Summer released in 2000. These sixteen years of experience in the music industry are full of accomplishments for Bryce, with #1 album on iTunes, Of Men and Angels, and scene staple album Do You Feel, Bryce’s career as The Rocket Summer has become his life’s journey. “For me there’s just no other way to do it, there’s just no plan B. I’ve certainly been through the highs and the lows. What else would I do?” he reflects. It’s not a process of second guessing about what comes next for him. “I have to make a record… If there’s any longevity I think maybe it’s just, it feels authentic every time.” Inthe moment, Bryce seems joyful about knowing that he’s never done anything that could be taken as “selling out” because his music is an extension of his person. “I just love playing music, it’s such a blessing to get to do it, and have anyone who cares.” 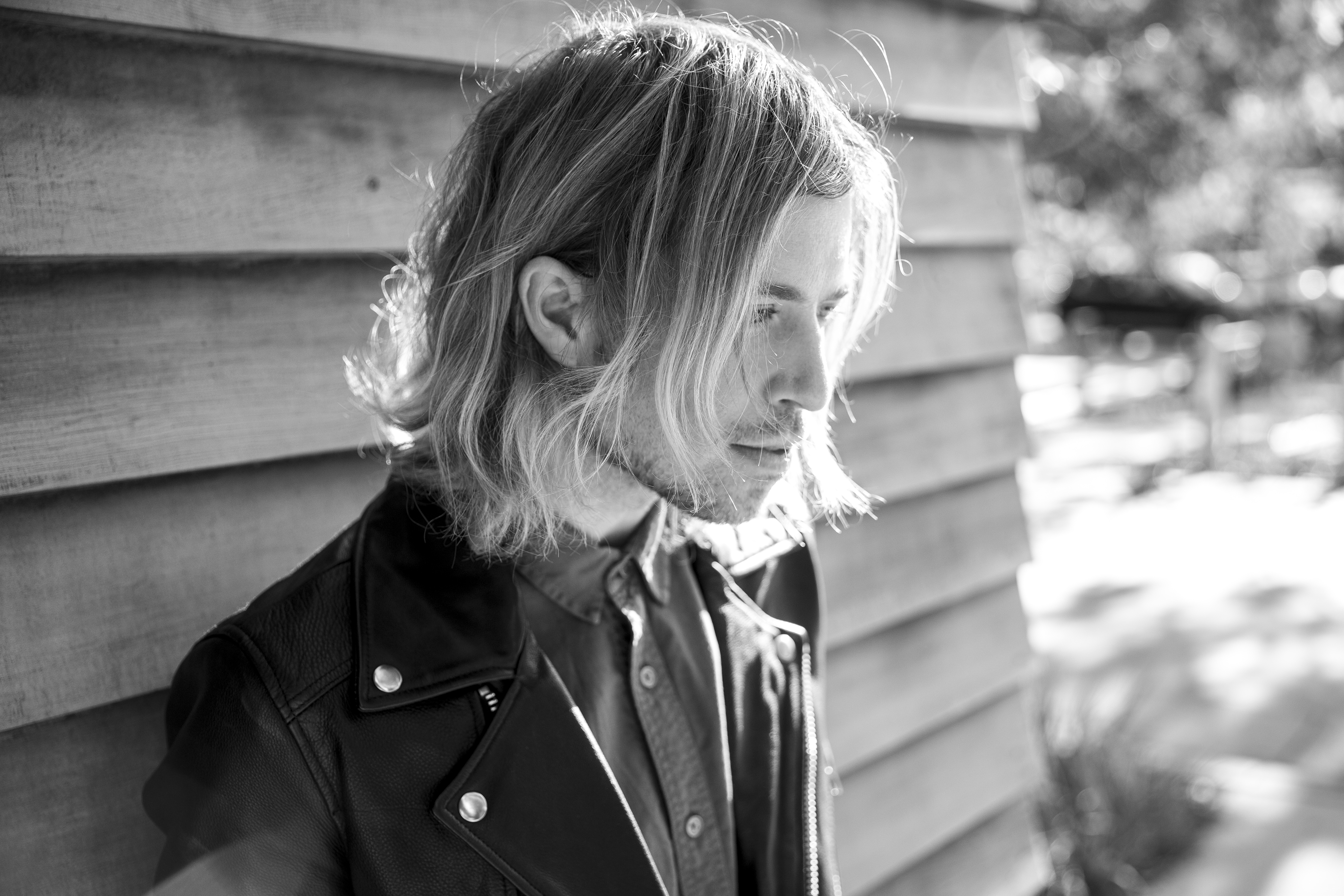 He quickly jumps into crediting his fans with a huge part of his continued success, even back to the days of MySpace. “I sound like every other band like ‘our fans are everything, we do it for our fans’ but it’s true. Social media allowed that immediate connection with fans, which at that time was extremely helpful.” He’s cracking up as he tells me he hasn’t thought about “the MySpace days” in a long time, only adding to the constant push-forward mentality he has toward his music. “It is interesting to have gone from like all you had to do is to write a blog, and have your music, and play shows. Now it’s like… I have to post something everyday or I’m not relevant.” While Bryce’s quieter nature stays, his words speak loudly.

“It got hard, I mean there were definitely days where I was like ‘what am I doing?'”

In total, Bryce wrote over 100 songs for the album and fully produced 50. While most people would think this was a zealous thing for him to do–and they would be correct–Bryce was dedicated to making this record. He wanted a break from the business side of music to be immersed in creating again. Having produced, written, and recorded the entire thing alone in a studio this process was not only therapeutic, but it was a learning experience for Bryce.“It got hard, I mean there were definitely days where I was like ‘what am I doing?’ and ‘we’re not releasing those 50 songs, we’re releasing a normal album.’” He’s quick to say the dedication to the album leaves him with a lot of material for the future as well. “I have this multitude of other songs that I don’t know what to do with. I’ve always said that if I, like, die tragically or something I’ll be like Tupac and continually [be] releasing these songs and people [will] be like ‘how did that even happen?’” he chuckles. 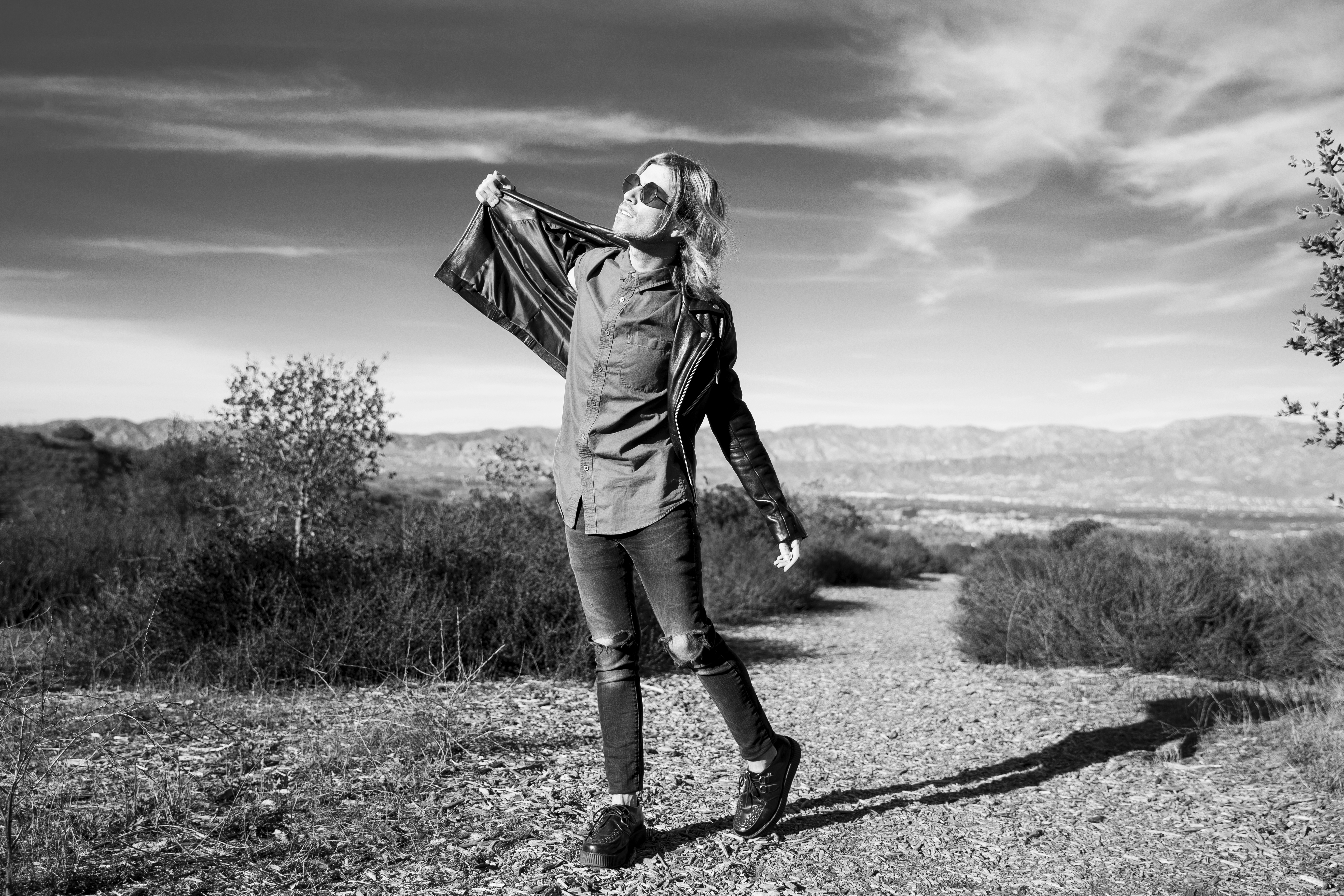 The first single off the album, released last week, is titled “Same Air.” “It’s one of the most Rocket Summery songs I guess you could say.” He tells me it’s about overcoming the bitterness you can constantly feel when thinking about the world and then having that brief moment of clarity when you know it will all be okay. Immediately, he reveals the chorus to me quietly, as if it’s a secret that he’s excited to share. “Everyone and everything, every soul and every being the same air we all are breathing, one shared pulse collectively beating.”

“I’ve never seen so many beautiful stars in my life. So my wife and I laid down on the concrete, and just stared at the sky and took in how beautiful it was. At that moment I realized what you want isn’t always what you need.”

While the single already proves to be strong, the hopeful theme on the album is furthered in a song about The Marfa Lights. “When we were coming out here we went to Marfa, Texas to see these Marfa lights.” The Marfa Lights are a withstanding phenomenon in the town where people claim to see these orbs of varying colors, also called Ghost Lights. Bryce and his wife stopped on their move to see what all the fuss was about. “You couldn’t see them. We were sitting there waiting and waiting.” With a red light and cars flashing in the distance, and having to insist that they were indeed cars to people who believed they were something more, Bryce looked up. “I’ve never seen so many beautiful stars in my life. So my wife and I laid down on the concrete, and just stared at the sky and took in how beautiful it was. At that moment I realized what you want isn’t always what you need.” That moment inspired a song, whose title–much like the album’s–is yet to be released, but set Bryce’s theme of finding a new way of thinking on the album.

His process is refreshing to me as a long time Rocket Summer fan. Bryce is pushing his limits and boundaries in surprising ways, and it’s just in time for his comeback tour. “It’s gonna be wild, walking on stage. It’s so weird. In rock’n’roll years, I might as well have announced a hiatus.” It’s been two years since The Rocket Summer’s last full out tour, and his fans are nothing short of impatient when it comes to seeing him again. I ask if performing the old songs ever gets boring, and he’s quick to say no. “When we were rehearsing the other day playing them, I was actually like ‘ohthis actually feels really good.’ I’m really excited to play the new stuff obviously, but I’m not gonna turn my back on that [older stuff]. It’s a part of who I am too.” 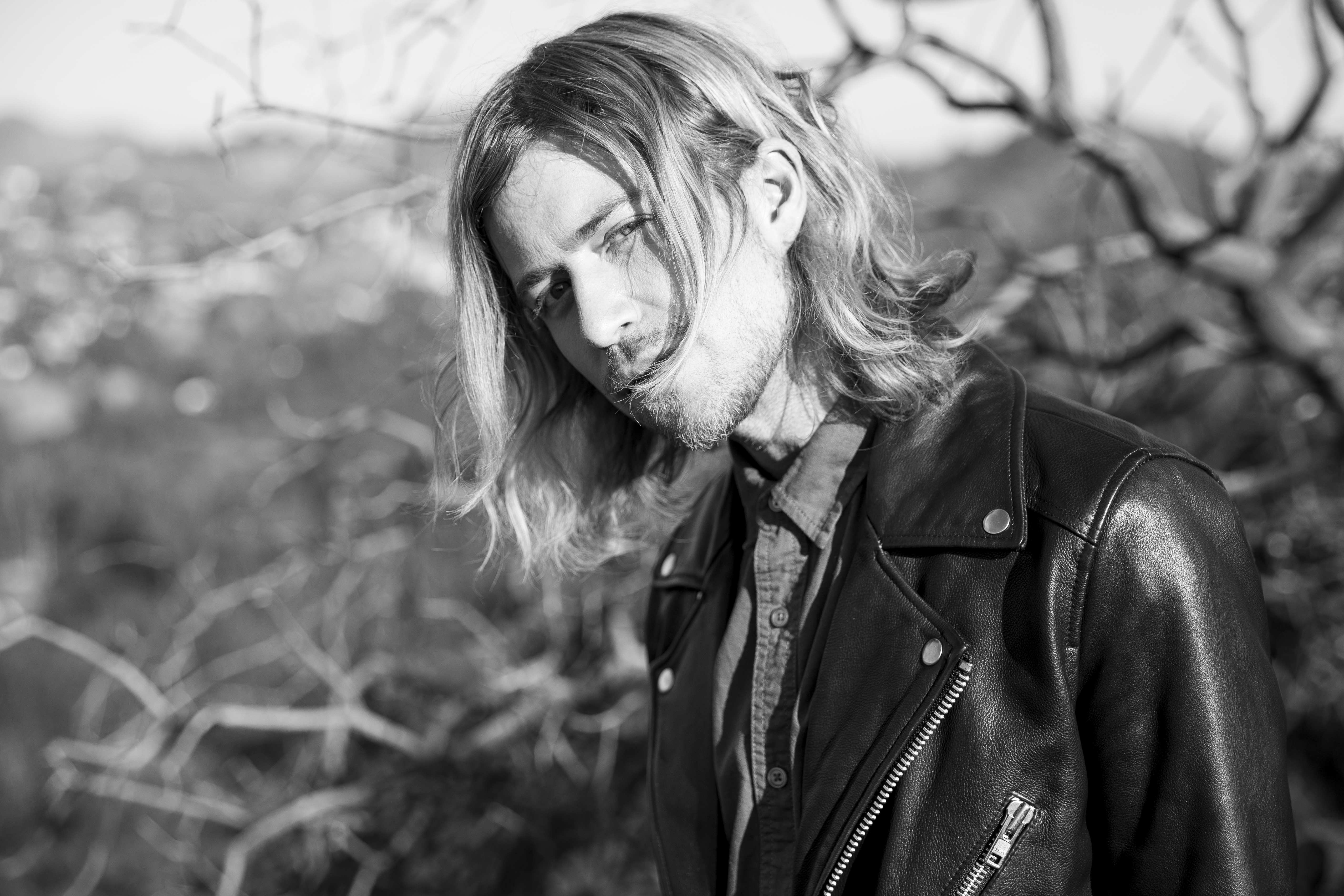 When talking about Bryce’s older material, it’s hard to resist asking about the infamous “Do You Feel” music video. In 2008, the video captured all of my favorite band members, and was my most watched YouTube video, like ever. I couldn’t resist asking how it came together. Reminiscing on bringing people like Gabe Saporta, Alex Gaskarth, Jonathan Cook, Andrew McMahon, Mike Herrera, Forrest Kline, Jeremy Davis, Josh Farro, Cash Colligan, and Ian Crawford together, Bryce tells me how Sonny Moore aka Skrillex was supposed to be in the video. “It was so funny because I was having to pay for it myself… It was gonna cost like $150 in gas to get the film guy to meet with him to film him, and at the last minute we just like realized we didn’t have money so we we’re like ‘Sorry Sonny, for $150 we’re cutting you from the video.’” He chortles, telling me that they’ve managed to maintain a good relationship, and are still friends to this day.

Missing the scene and his fans is what ultimately led to the decision to embark on the pre-album release west coast tour. While this tour itself is about seeing his fans again, saying hey, and catching up I learn that, in theory, Bryce would also love to do Warped again. Being one of the hardest tours out there, it’s a brave move. His first set in a long time took place last week at Warped UK, and when I ask who his new ideal touring buddies would be, the answer made my inner fangirl leap with joy. “I love the Twenty One Pilots guys,” he gushes. “We met them at one of our shows at one of our last tours and they were really nice…. It’s crazy to watch them blow up.”

“It’s like being a part of something rather than just being a fan of a dude. I’ve always really liked that about it…”

Watching other people blow up, and knowing who he is, has kept Bryce grounded. Many a time the argument of changing his name from The Rocket Summer to just Bryce Avary has been brought up. “I like the legacy… I like the idea of people feeling a part of it rather than ‘this is all about that guy.’” The Rocket Summer is a band name that resonates with hope, and it’s legacy stands far beyond what I think Bryce himself sees. “It’s like being a part of something rather than just being a fan of a dude. I’ve always really liked that about it, sometimes I don’t like explaining it,” he jokes. 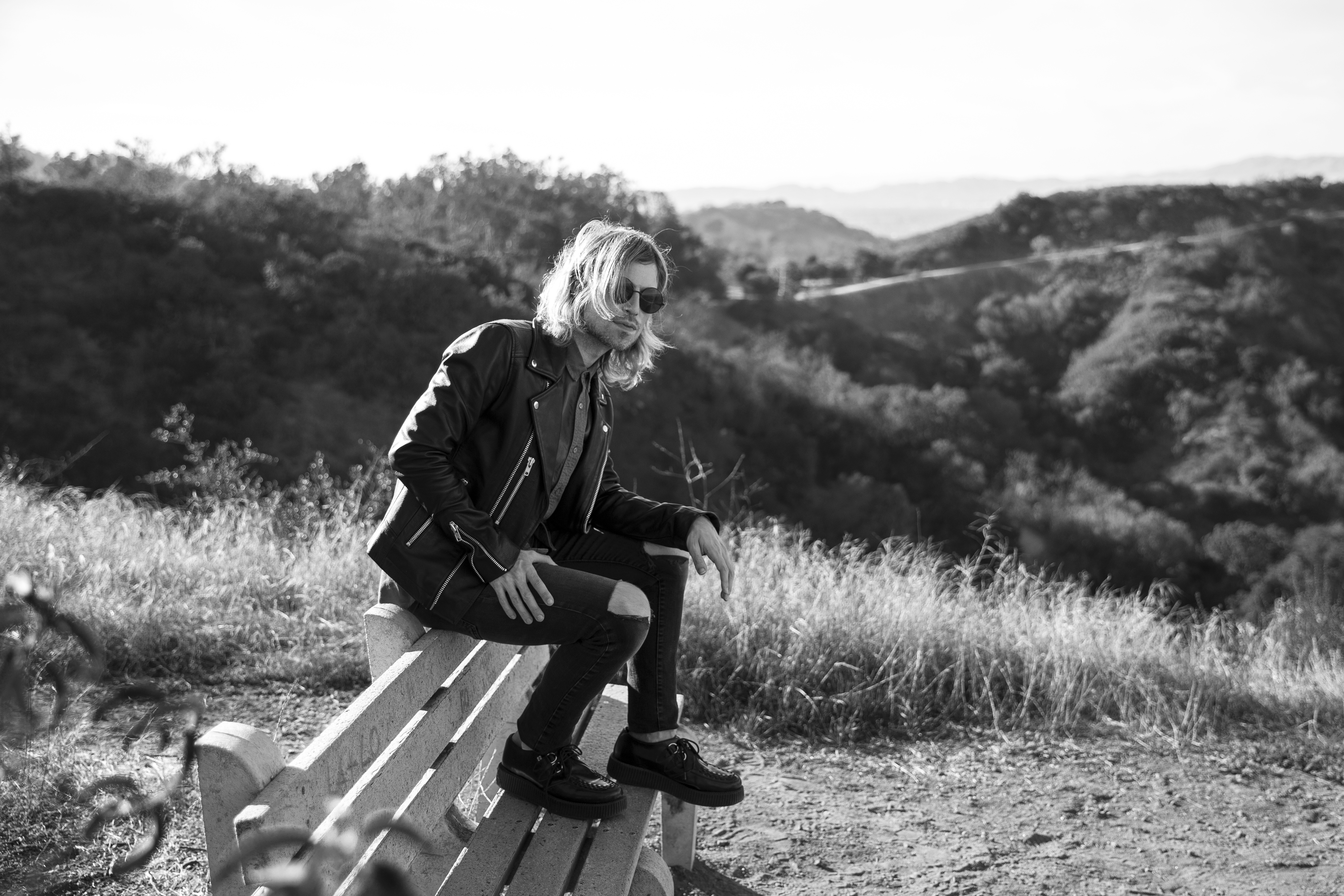 Throughout his time floating in and out of our scene, The Rocket Summer has withstood sixteen years of changes in the music industry, friendships, social media, and all around growth. This life is all Bryce knows, and if it doesn’t work out…he likes dogs. Although the dog training could be promising, I’m not so sure it would be Bryce’s happy place. “I make music because I have to,” he says, “it’s what I do.”

Check out The Rocket Summer on tour this week, and pre-order his new album now!