Michael and Kevin Bacon have spent their careers portraying other people’s feelings, whether through Michael’s illustrious songwriting resume or Kevin’s numerous A-list Hollywood roles. Music exposes the true soul; it can be the most vulnerable form self-expression—naked on stage conveying stories you thought you could never share with another soul. Through their film scores and film roles, the Bacon brothers have given the world diverse art at the highest levels. Here’s the crazy thing; you Google “Kevin Bacon” your computer crashes. You Google “Michael Bacon”; another flood. You Google “The Bacon Brothers” and learn about their love of eggs. Though they’ve been releasing music for decades now, the duo just doesn’t do much press. Over and over again the duo laments that schedules are often the biggest obstacle to their creative output.

With day jobs as lucrative and busy as Hollywood demands, it’s a wonder that the duo have time to create music together at all. But what becomes clear when speaking to the brothers, is that family has always come first. Kevin has just joined the call, phoning in from an undisclosed film set while Michael joins us from New York. The Philadelphia family boasts six siblings and appears to remain a tight knit unit, as explained in the brand new track “Driver”, which Kevin penned as a gift to his sister, Hilda.

Hours before our conversation, they’d send “Driver” over. “When are we releasing that, Mike? We’ve got the song, you’ve got the song, I guess it’s released!” Kevin says, jumping in with a laugh. (It’ll be out on a 7 inch this fall.)  “We have a family of six kids and a couple of years ago one of our sisters came up with this idea for Christmas where instead of buying something, we should create something. We would draw a lottery and every year we would create something to give one of our siblings. I’m looking at a drawing that my brother made me which is kind of like a biography, that’s the only way I can explain it, a biography of me, the closest things that will ever be done in terms of that [laughs]”.

“The songs may be written from another character’s perspective but you’re wearing your own clothes, it’s your voice and your instrument so I think that’s one of the biggest differences. I can relate live music to live theater that there is a one time, one night only experience happening with no take 2’s, no editing and no chance to go back and fix it. That’s what theater is like and that’s why it’s exhilarating. The studio is a lot more like creating a film or television show. It’s a controlled environment where you’re hoping you’re hit with something magical and something fresh but a lot of times it’s a process of editing and repeating and constructing something.”

“I still think we can ‘make it’,” opines Michael. “I still think lightning can strike and we come up with a song and people really like it and relate to it. That’s what I’ve been trying to do all my life and this is no exception.

Though the pair’s touring schedule has always been laid back, their songwriting drive never ceases. Michael, the older brother and full time songwriter, speaks excitedly as if he’s still 19, crafting songs bit by bit with stars in his eyes and dreams of making it big. One could easily think that The Bacon Brothers is just a fun side gig for siblings who love to rock, but that kind of thinking can do you in.

“I still think we can ‘make it’,” opines Michael. “I still think lightning can strike and we come up with a song and people really like it and relate to it. That’s what I’ve been trying to do all my life and this is no exception. One thing that’s great about the rock and roll business is that there really is no age limit anymore. What I’m always trying to do is get something out there and maybe it’ll light up the radio stations or iTunes.”

Kevin backs up his brother by adding, “It’s a business. It’s such a cliché but the best time is the time you get to play or in my case you get to say lines and hit marks and act. That seems like such an infinitesimal part of what we spend our lives doing.” 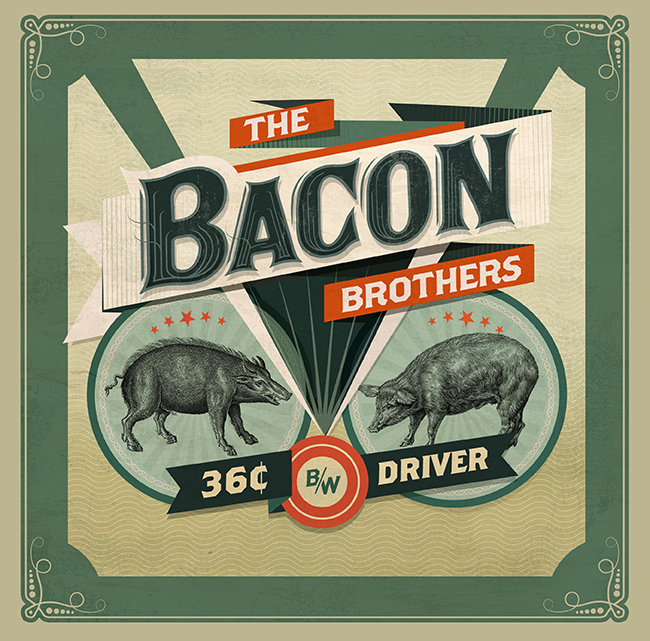 So let’s say The Bacon Brothers blows up tomorrow. Would they give up their day jobs?  “I wouldn’t.” Kevin is resolute. “I love being an actor.”

Done deal; we don’t want you to stop acting either Kevin, but we do want more music! Clearly, that’s where Michael’s head is. “Whatever the mechanical aspect of a CD can be, to me it’s a work that includes ten plus songs. There’s not necessarily a concept but there’s a beginning and an end and a sideways. You’re trying to fill up that space and I think we kind of laughed about that before, but it seems to be less and less important. It’s kind of hard for me to sort of give up that idea. I started in the music business when I was 19 years old and I’ve always felt that way. There are some new songs that we’ll be rolling out. I always thought that you need to have ten songs that you feel really good about and right now we have four. Usually when we start playing, things start popping up. I feel strongly about a few songs that are really strong so we only need a few more.”

“I don’t ever go into a part wanting to be me, I want to be somebody else. I think that in some ways there are similarities to that in songwriting. Some things are straight up confessional songwriting but other times you take things and put yourself in slightly different places.”

The two do lament that scheduling can be the most difficult part of being in a band. Both having extremely busy day jobs, the music would have to come second, but take one listen to a Bacon Brothers song such as “Summer of Love: Woodstock ‘99”, and the passion and care that the two embed in every effort comes screaming to the forefront. Plucking a track from the canon and diving deeper gives seamless insight into how an actor and composer approach a piece similarly. At times they choose to speak from the perspective of characters to which neither brother necessarily relates.

“My theory about acting is to use yourself and lose yourself. You use yourself as much as you can in terms of your experience, your body, your face etc. and to lose yourself in the shoes of the character. I don’t ever go into a part wanting to be me, I want to be somebody else. I think that in some ways there are similarities to that in songwriting. Some things are straight up confessional songwriting but other times you take things and put yourself in slightly different places. My brother has a song where he talks about going to Bogota. You’ve never been to Bogota have you, Mike?”

Mike has not been to Bogota. 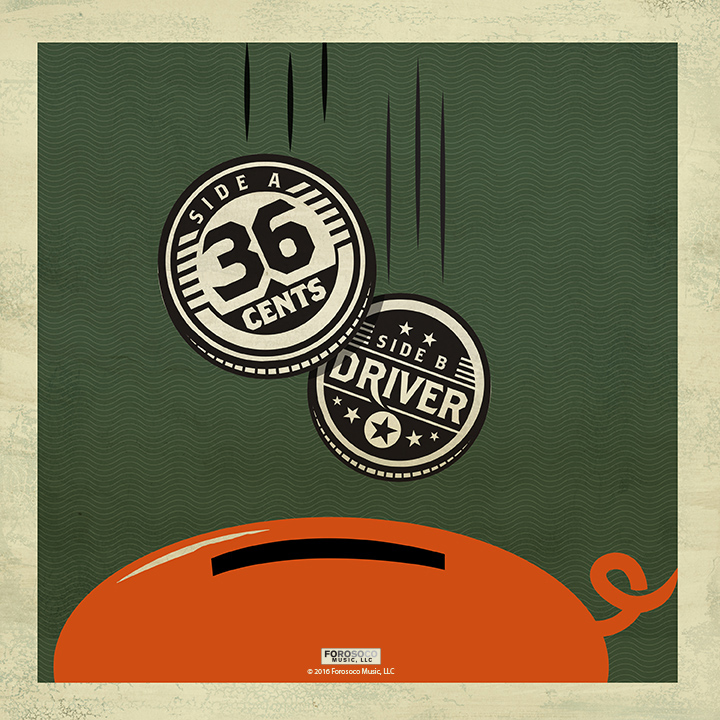 Though most are familiar with the life and times (and degrees) of Kevin Bacon, it’s older brother Michael that really lost himself in music from the beginning. If you’re less familiar with Michael Bacon, you may be surprised to find out he’s the man behind the music in a myriad of different film and television projects, including Kevin’s directorial debut, Loverboy. The art of composition is not for any musician, it’s a constant guess and check, re-work, re-write, clamoring for approval and subject to the vision of many. Getting a film score right can make or break your pivotal scene, and thus, the entire movie. Michael’s inspiration has to run the gamut. Michael also teaches composition at several New York colleges, and he’s seen great musicians fall victim to the tireless expectations of composition.

“There’s a big difference between songwriting and composition I think they must come from different parts of the frame. The process in film composition is firstly you draw from your experience because you’ve seen footage and heard the director use words describing the type of music he or she is looking for, so you draw on your composition abilities but you also start to know what is probably going to work. You look at the picture and improvise around with it, choose a direction and you make a decent mockup or sketch of what you’re planning to do. You play it for your clients and see if they’re on the same page as you. I consider it really improvising more than anything else.”

Seeing the band live is nothing short of a party. One would think they’ve stumbled into a distant cousin’s backyard BBQ replete with cold ones and every melody-minded family member pickin’ along to classic tunes.

Finally, Michael offers some sage advice for those hoping to break into the world of film scoring. “If you don’t like that process you shouldn’t’ get into it. In Kevin’s world, you’ve got scripts and actors and directors and agents etc. in my world I have clients and all that other stuff so it’s nice to have some places in your life where you totally own whatever that creative outlet is.”

Seeing the band live is nothing short of a party. One would think they’ve stumbled into a distant cousin’s backyard BBQ replete with cold ones and every melody-minded family member pickin’ along to classic tunes. The set ranges from love songs dedicated to busses and guitars to the lament of kids growing up to conquer mountains. After decades of playing music together, working two sides of the same coin in Hollywood, it’d be easy to think The Bacon Brothers have this music thing seamlessly dialed in. But like any siblings and collaborators, a constant spirit of challenge and education is present. Analyzing the band as a business entity is crucial, even when you’re not hustling merch every night to make it to the next city.

“The band is malleable; we’re always changing up the set and bringing new songs that have to be discovered. I think the main thing we’re doing is making the show as best as we possibly can because it cost a lot of money to come hear us. I think Kevin and I both feel that when we go on the road, most of what we’re making, we’re plowing back into making the show better. If you’re not into the style or music we play I think that most people would consider the show to be really good.  We have great players, every one of them is a wow musician.”

The Bacon Brothers play a 90 minute set, complete with jam band moments and plenty of hip wiggling. Between every song,  middle-aged women can be heard shouting “We love you Kevin! We love you Michael!” Kevin addresses the outbursts with a laugh, commenting that some love can be shallow, “like the love you have for a movie star”. Tomorrow, The Bacon Brothers will return to movie sets, red carpets and recording studios, but for tonight they are fully present, fully engaged and so clearly meant to rock n’ roll.