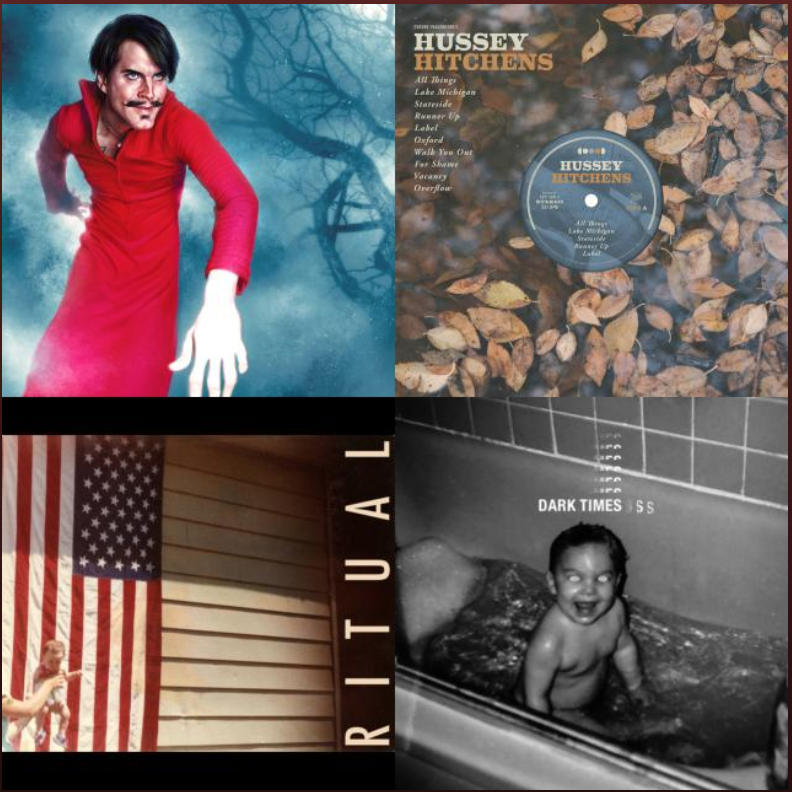 2017 was a lot of things but most of all it was a stellar year for music. NGAGE Agency’s roster killed it this year with their new releases, and they’re bringing you choice cuts from each band. See what the artists themselves had to say about their songs, and keep scrolling to listen to the full NGAGE Soundtrack of 2017 playlist below!
—

Eric Nally – “Ruby”
“It was so good to share my music with you this year, however there is no such thing as time.”

Hussey – “All Things”
“While rewatching Futurama in 2017 I came across an episode where Fry trades his hands for the robot devil’s hands so he can create the perfect love song for Lela on a Holophonor. That scene comes to mind when I hear the bridge lyrics ‘I’ve half a mind to say to you that I could fake a faith for you and I would rather become someone else than hand you off.'”

Envy On The Coast – “Virginia Girls”
“I’m not sure ‘Virginia Girls’ punctuates any moment better than the moment we released our EP in which I guess is a bit unfair given the nature of the question, but it really is a great bridge between the past and future of this project. This song was one of the earliest galvanizing moments of this band starting up again in a creative capacity and I’ll always associate it with that.”

Rad Horror – “Dark Times”
“The movie It came out. That was cool. People liked it and it broke box office records for horror films. At least 2017 wasn’t all bad.”

I the Mighty – “Chaos In Motion”
“I would say you could align “Chaos in Motion” to the election of Donald Trump in two ways: (1) With each new week (sometimes day) since his inauguration leveling some new political scandal, his term in its infancy has already felt much like the title of the song. Like we’re just blundering through the roll- back of our environment’s protection, our human rights and our re-investment in out-dated technologies as the rest of the modern world moves forward without us…and (2) Being that the song is centered around the overall theme of anarchy, you could tie in the subtle theme of hope as our narrator moves through the song’s plot. The idea that maybe in order to build things back up in a more just way, they need to burn to the ground first. While trying to view his term in a “glass half full” mentality, I’d like to believe this is simply us holding a mirror to the ugliest parts of who are as a civilization. I just hope once he’s left so much destruction in his wake we can reverse and rebuild with a more progressive and global mentality.”

AViVA – “GRRRLS”
“AViVA’s single ‘GRRRLS’ is the perfect soundtrack for Halloween 2017. With the dark hooks and mysterious vocals, GRRRLS exploring the themes everyone is feeling- finding strength in her own vulnerability.”

Hail The Sun – “1109”
“2017 was a time of reflection for us and our band. Coming off of one of our most successful years, I reflected on a time in college when things were very different, and thus the lyrics for 1109 were born.”

Northern Faces – “Messin’ With Me”
“‘Messin” With Me’ is perfect for any moment in 2017 where you felt like you had the wind taken out of your sails, but you decided to get back up and fight another round. It’s for those moments when you feel like the whole world is trying to hold you down.  It’s an underdog anthem, and I think in 2017 we all felt like the underdog more than once.”

This Patch of Sky – “Pale Lights”
“‘Pale Lights’ would have made an excellent soundtrack song during the final scene in Dunkirk as Tom Hardy’s character is captured by the German soldiers.  This ending scene gives you mixed feelings of both happiness and loss, the song Pale Lights would have been a great platform to represent these feelings.”

Swimm – “Speak Politely”
“It is kind of the first year I have ever been single.  And simultaneously the first year Adam has been in a really healthy relationship.  So in a way we both have lived out the possible outcomes of the chorus of ‘Speak Politely’.

Backwards Dancer – “Breathe Life Into Beauty”
“I think that this song is a reflection on personal growth and longing for acceptance as well as the self criticism that comes along with putting your emotions out for people to hear. It’s an introspective song that came from being distant.”

OWEL – “All I’ll Ever Know”
“The song is about my own tendency to be selfish and short-sighted. It acknowledges the damage that I can do to myself and the people around me when I’m just living moment to moment and not being concerned enough about the future. Now, if I had to correlate that to an event in 2017, I can’t help but think of the biggest and most obvious one of of them all (at least in our country), which is the presidential election. In the song, I talk about wanting a sip of water to quench a thirst, then ending up drinking the ocean leaving a desert wasteland. Wanting to start a fire to keep warm and then ending up burning down the world.”

Simon Doom – “I Feel Unloved”
“‘I Feel Unloved’ is the soundtrack to Steve Bannon’s departure from the Trump administration.”

Someday River – “Over The Weather”
“‘Over the Weather’ materialized in our hazy den in Central Florida. 2017 was a boisterous hurricane season. I recall looking out from my desk window with a tropical radar on the computer screen..spinning.  the backyard was completely flooded. Irma grazed us just right and we were lucky to only lose power for a few days. The irony of intensity and hype and nervousness and excitement surrounding the storms sort of drove the idea (and double meaning) for ‘Over the Weather’.”

S!ege – “Tuesday Blues”
“‘Tuesday Blues’ is the perfect soundtrack for getting broken up with over email. At least, that’s what my mom says. This happened to her at the beginning of the year – and she tells me that ‘Tuesday Blues’ is a great ‘fuck you’ anthem to scream at the top of your lungs while you burn someone’s shirts.”

Shiny Wet Machine – “Stun Gun”
“I think ‘Stun Gun’ is the perfect soundtrack to the Women’s March this year – the song is about being loud, bombastic, in your face, fearless, demanding a change, and feminine power evokes all of that.” 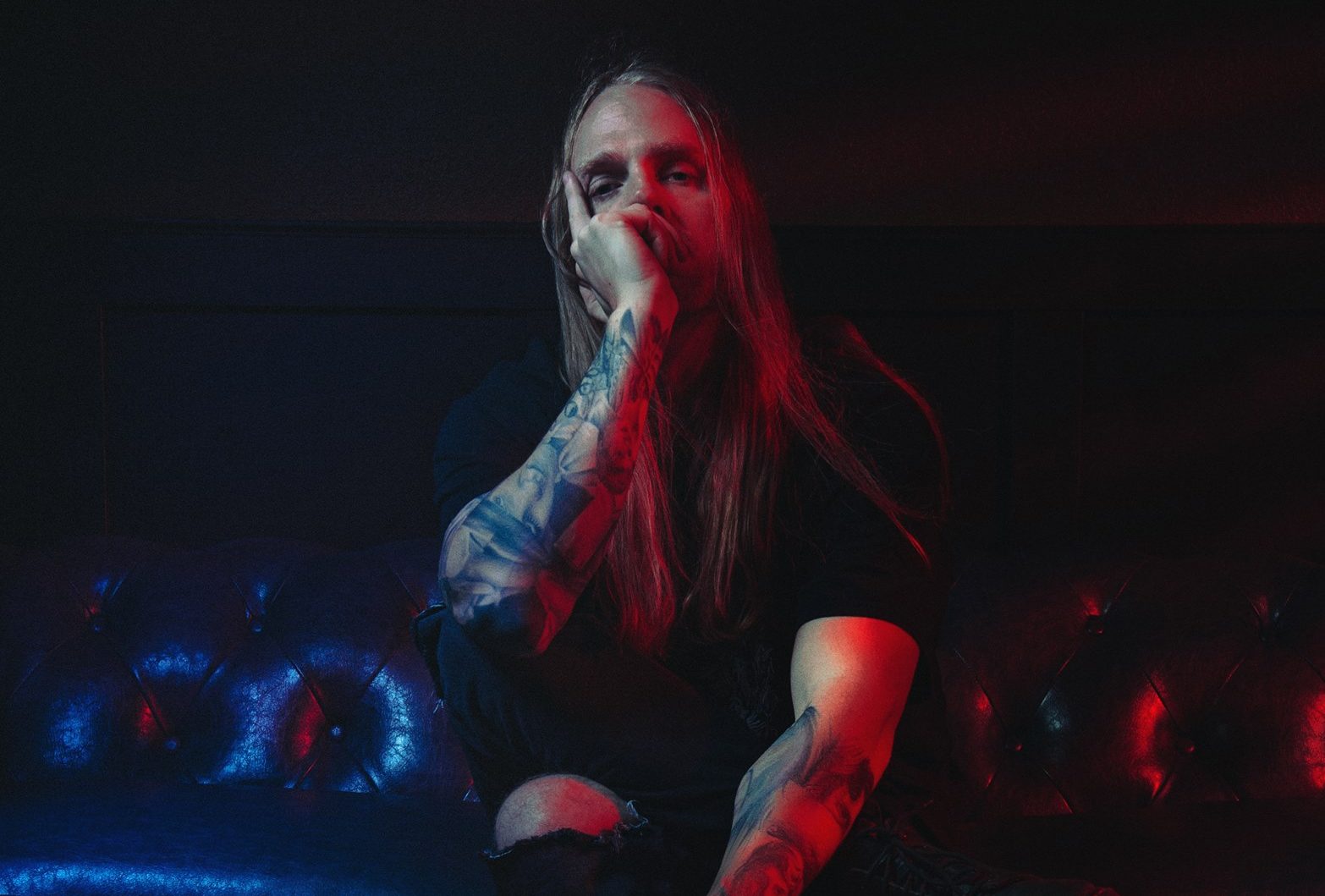 Sadistik – “God Complex”
“‘God Complex’ is the soundtrack to driving through through the Los Angeles inferno at 3 AM.”

Stolas – “Bellweather”
“‘Bellwether’ is a force that stops the potential house fire that is an anxiety attack, after you’ve been letting the gas run all day.”

The Kickdrums – “Love Is Fine”
“I like to think ‘Love Is Fine’ represents the positive side of the challenges we face as our lives evolve.”

Big Breakfast (Featuring Kool A.D.) – “Desert Eagle”
“‘Desert Eagle’ is a nostalgic track that’s mostly stream of consciousness and reflection, perfect for just chillin. Friday night when you finally beat traffic home at 7:45 or Sunday ‘morning’ when ur laying in bed at noon. The beat is smooth and the rhymes are a strategically dumb pattern of noises, perfect to sit in the back of your mind while you’re just tryna tune out and kick it.”

Rugby Wild – “Scuffs”
“‘Scuffs’ is the soundtrack for the modern day SkateRats/Millennial making in these cities which are constantly changing everyday.” 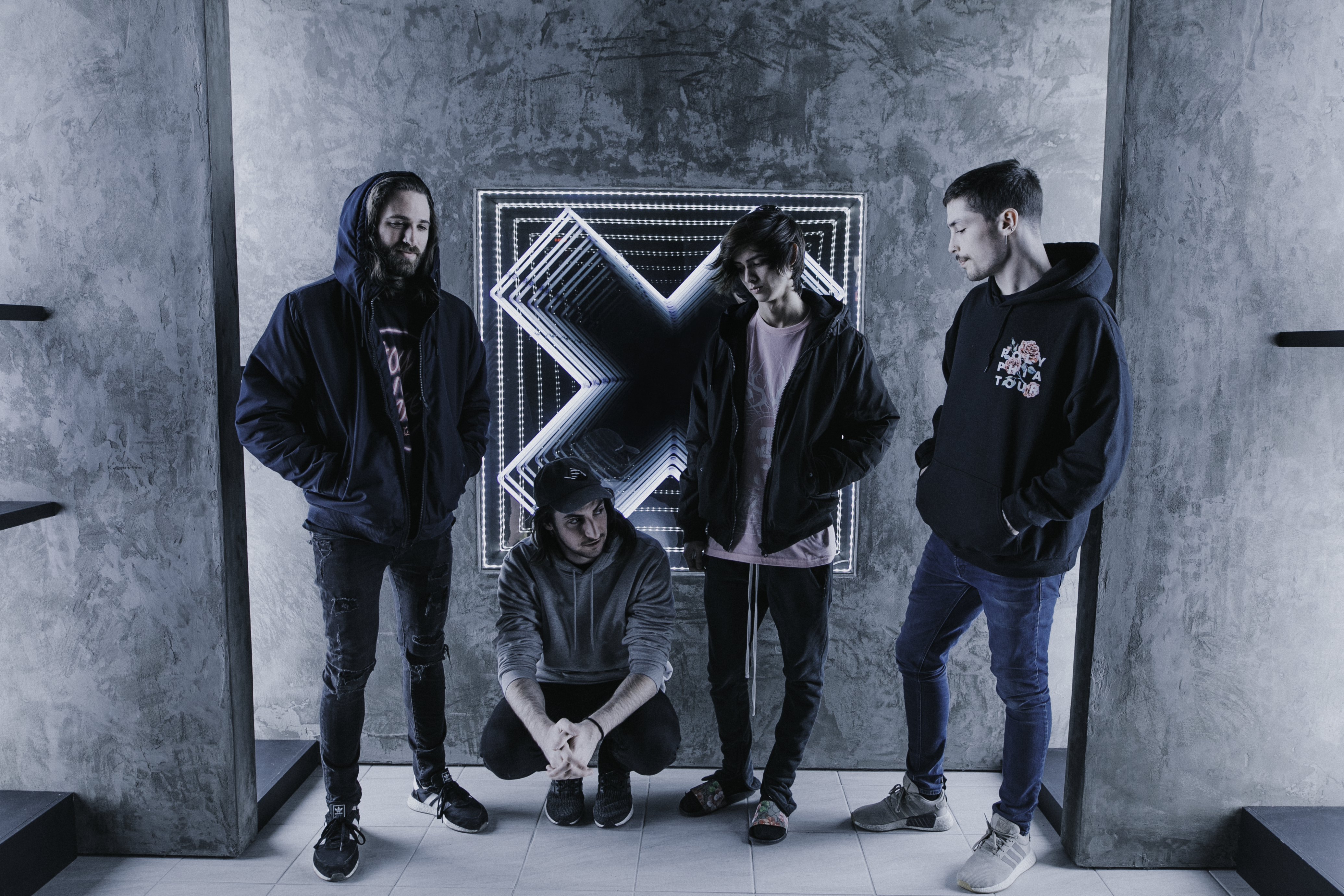 Polyphia – “Goose”
“‘Goose’ is the perfect soundtrack for pregaming. Whether you’re going to your company Christmas party or a rave, pick yourself up a bottle of grey goose to get yourself and your friends on a level before the main event.”

Racing – “If Only”
“If only is the soundtrack to sailing through the air as your aquamarine Cadillac cascades off a cliff. Hurtling ever closer to the crisp cool ocean but not falling, suspended in infinite glide.”

Vinny Vegas – “Lung Benders”
“This song means a lot to us as a band, as it was the first song we wrote for our newest record that almost didn’t happen. We wrote it the night we learned that one of our members was going to be moving several states away, which could have easily ended the band. But we ultimately decided to make it all work with the distance between members. I remember when we finally released the album back in July, playing this song at our release show in New York City, and all the feelings of the night we wrote the song in Jason’s basement came rushing back to me. It was a really cool experience to feel that energy on the stage as I looked over to my bandmates all lost in that same moment of music together.”