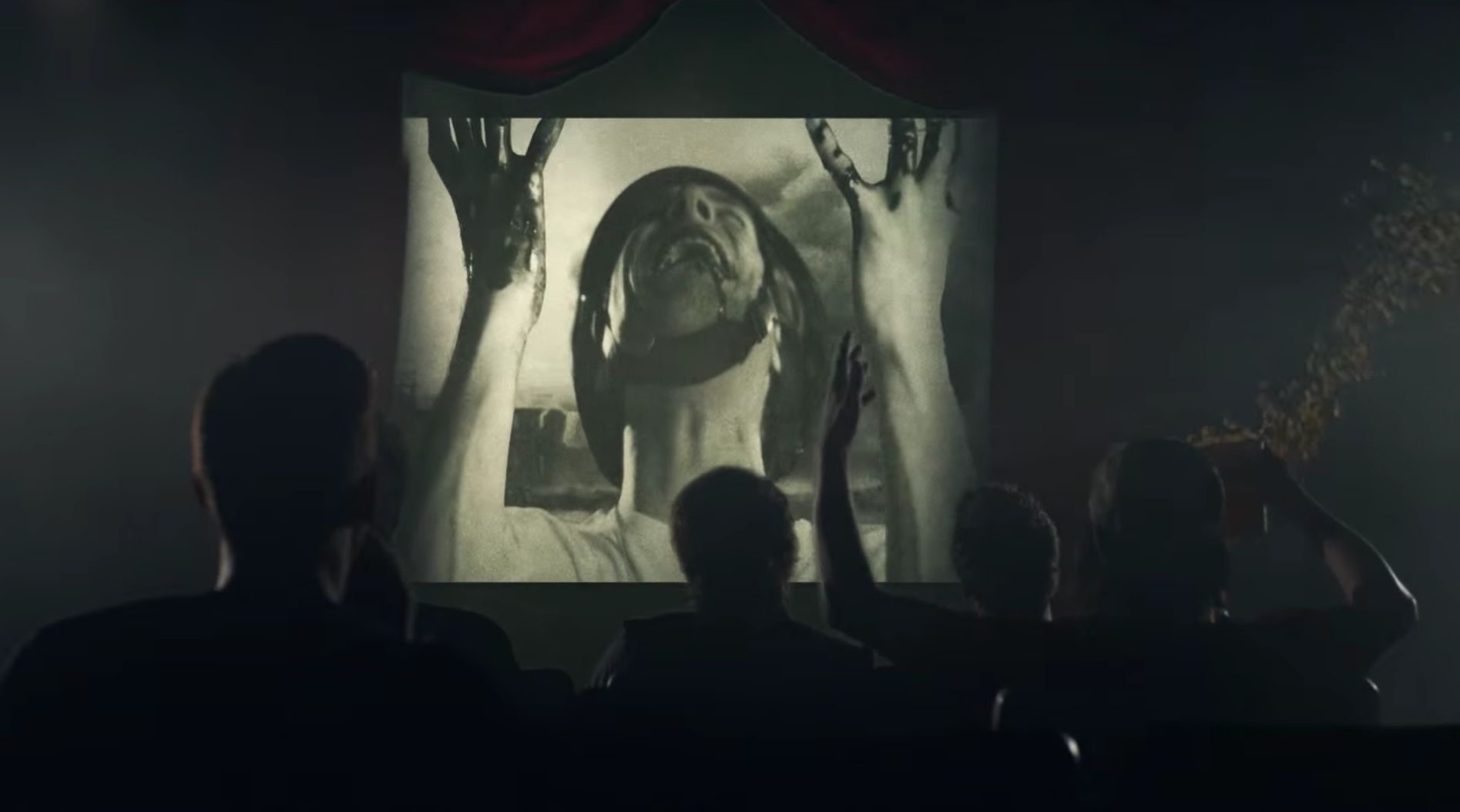 We’ve all been there. Clutching our popcorn tight, curled up in our seats, screaming at the TV screen because that one character is about to go into that super-haunted house/cabin in the woods/abandoned asylum alone despite the fact you’ve told them repeatedly not to. They just never listen, do they? You’d never do the same if you were in their position…would you? Our writers sure wouldn’t, but if they ever got caught in a nightmare fix, they know just which bands they’d want by their side to get them outta there in one piece, stat. Read on to hear the cast breakdown of idobi’s imaginary horror flick, but beware: there be monsters. 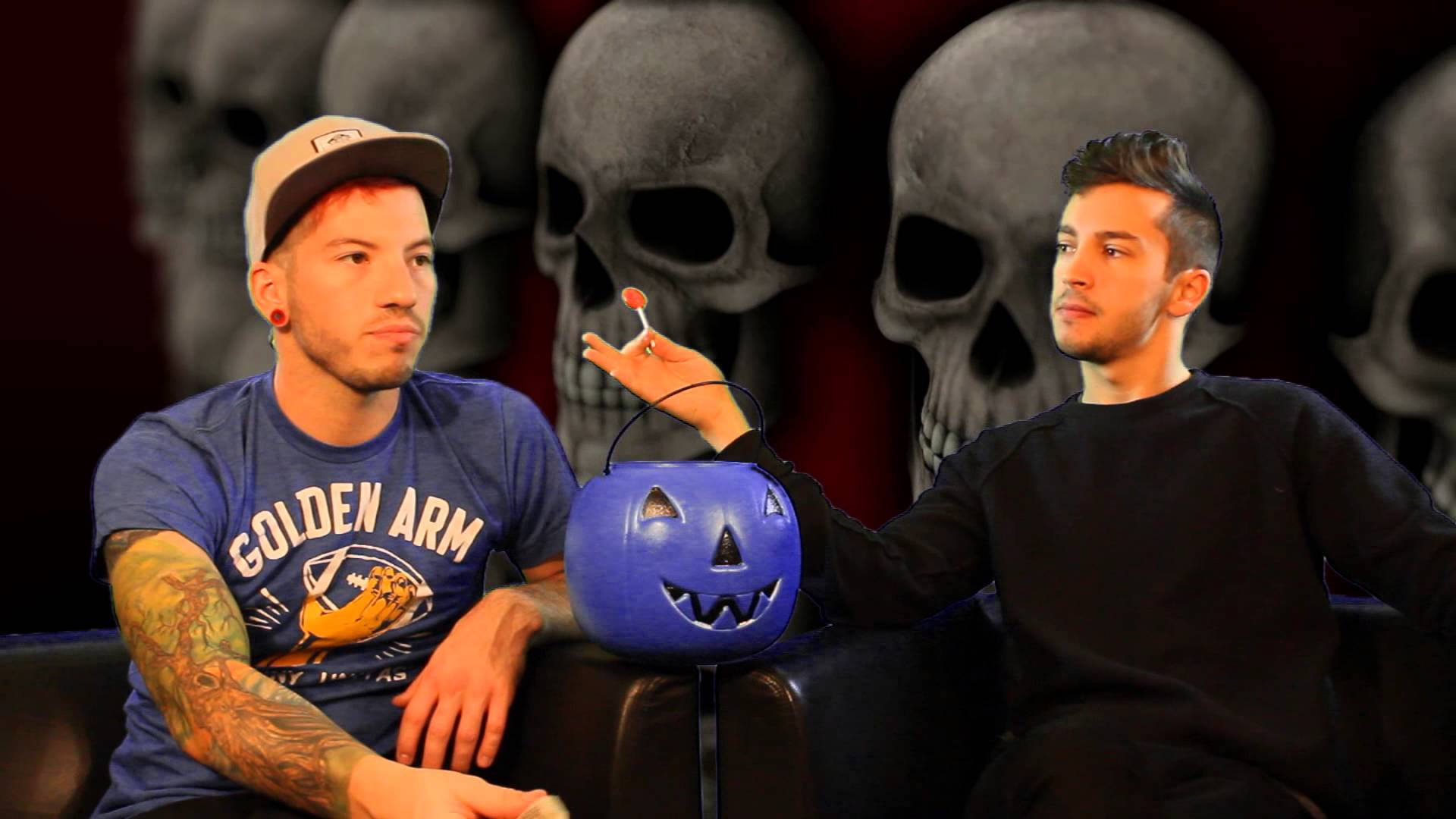 I can’t watch scary movies because my overactive imagination keeps me up for days, convincing me the shadows in my bedroom are trying to kill me, so being stuck in a literal haunted house would be a nightmare. I’d need someone who could protect me, someone who could keep the bad guys at bay long enough for us to sneak out of the groaning mansion, and who better to save me than twenty one pilots? They’re so good at slaying the demons inside our heads, I can guarantee they’d be just as effective against physical villains, supernatural or otherwise. Josh “Spooky Jim Christmas” Dun would be the muscles; as a drummer, I assume he’s ridiculously strong, so he’d be more than capable of punching a monster in the face, wrestling an axe away from a murderer, or dragging me into the safety of the trees (possibly all three at once?).

Though Tyler Joseph is smaller in comparison, he’d have all sorts of supplies in his backpack, from snack foods (haunted house or not, we still have to eat) to a red beanie (in case it’s cold) to a long rope (you never know when you might need rope). Meanwhile his sharp mind would calculate the easiest escape route within minutes. Even though we’d make sure to avoid any rooms with flickering lights or oozing walls, we might still be waylaid by ghouls and ghosts, so Tyler would simply employ the blurryface voice to banish them back from whence they came (no one can resist the power of blurryface). I’m not sure how useful I’d be during this whole thing since I’d panic at the slightest sound, but because they’re both such selfless, noble guys, they’d be more than willing to save my sorry skin before worrying about their own, so I, at least, would live to see another day. (Sam Devotta) 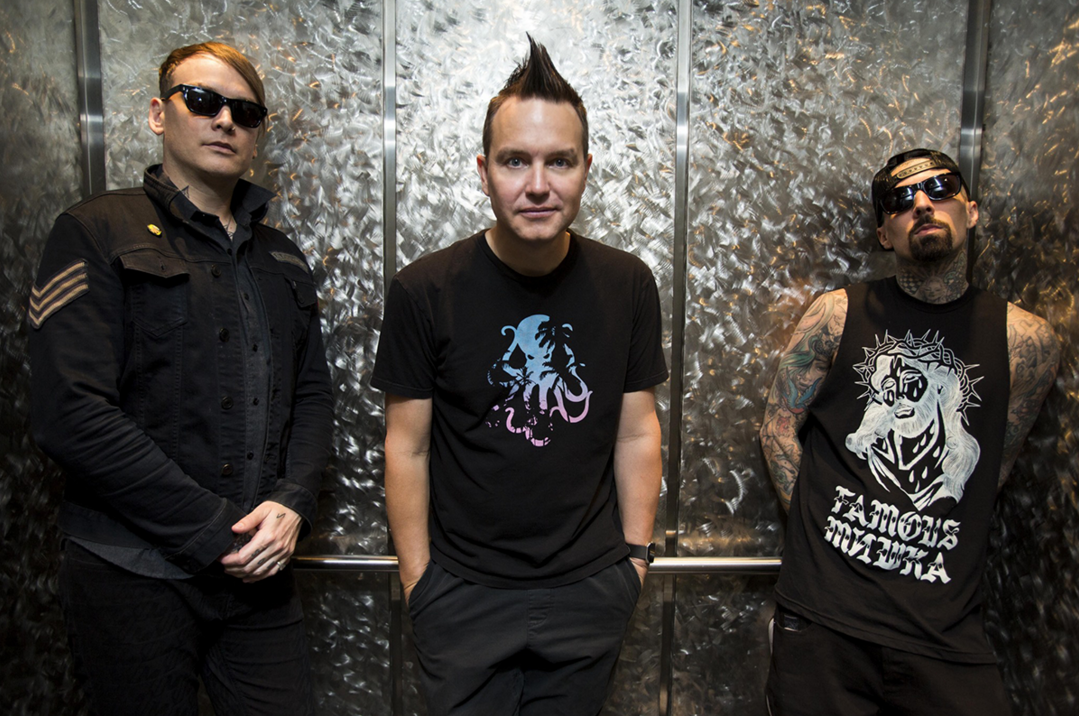 Going to have to go with blink-182 for this. For one, I’m pretty sure Travis Barker is invincible and all those years of hitting drums has to amount to some pretty sick reflexes. Second, if we ran into any monsters I feel like they’d ask for Matt Skiba’s autograph because there’s no way monsters didn’t listen to Alkaline Trio right? Finally, because if I am going into a horror movie I am going to need dad jokes to get me through it and we all know Mark Hoppus has plenty of those. Although I’m hoping their newer lyric “Life is too short to last long” isn’t any sort of foreshadowing. (Hannah Hines)

They’re named after a superhero; who else would you want to save the day? We’ve all seen from the “A Little Less Sixteen Candles” video they’re capable of taking on demons (and even if they become them, they stay on the side of good). And, should I accidentally get caught and turned by a monster, they seem pretty good at adapting. Their propensity for pranks and solving problems would definitely come in handy for not only spotting potential traps, but creating them to ward off evil. While their fighting skills may need a little bit of work (see the “Beat It” video’s unfortunate sumo encounter), I’m confident their vast knowledge of monsters, demons, and the occult both in popular culture and otherwise will serve us well.

Author’s note: if this ever does get made into a horror flick, the title would probably be longer than my lifespan in it (as a human at least). (Alex Bear) 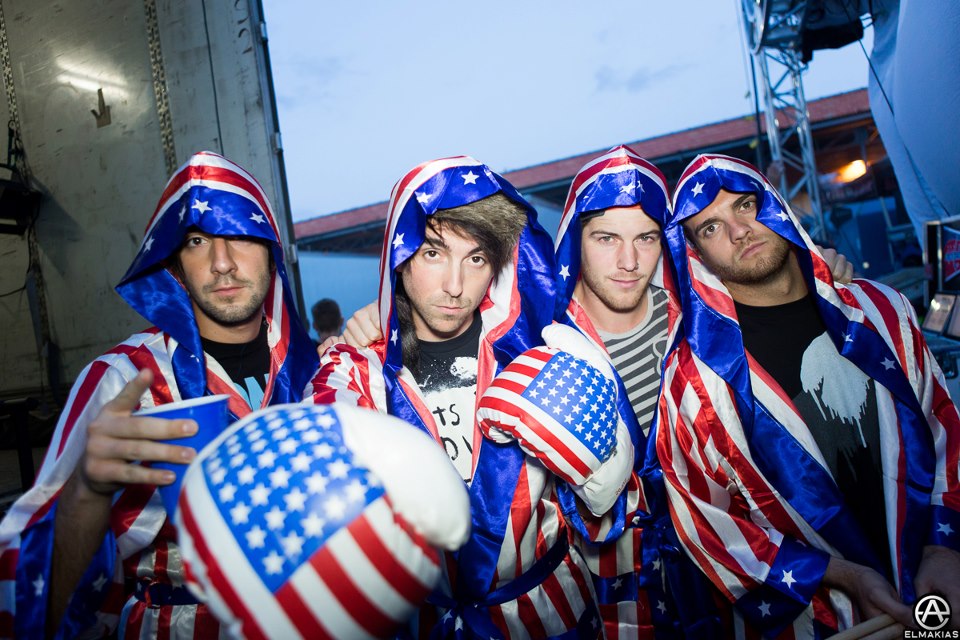 I would definitely want All Time Low on my team in a horror movie. To begin with, Zack is super strong from carrying Jack around all the time and wicked smart. Jack is much lankier than Zack, but would definitely be valuable because even if I was scared out of my mind, I’m confident he would keep me laughing through any supernatural fog—and defeating the terror in your own mind is half the battle. With all the flinging of guitars across stages every single show, both Jack and Alex have rockstar reflexes that’d come in handy at the sight of any monster. And last but not least, Rian has fearless determination that would help anyone fight through a spooky night. Even if our movie ends tragically, these boys would put up quite a fight—and no matter what you’d have the night of your life. (Eli McDonald) 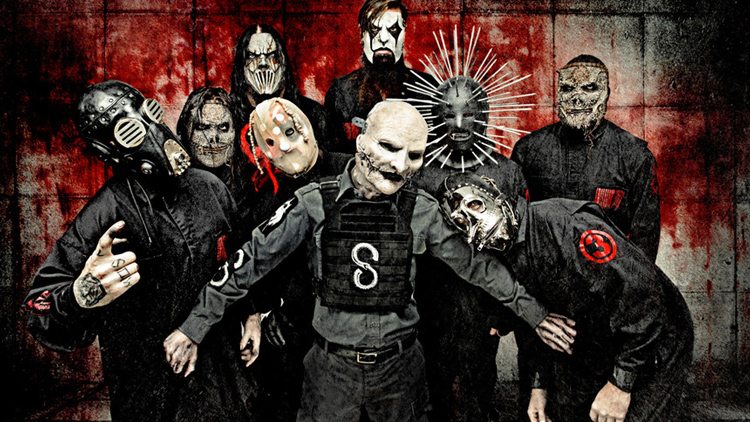 Slipknot would most likely be the bad guys of a scary movie; whether supernatural possessors, really freakin’ twisted clowns, or just chainsaw murderers, the band (and their music) is a shoo-in for the tormenting role. It goes without saying that most people wouldn’t be dying to have the scariest band around as their only saviors in a horror story… But guys, who’s gonna be able to protect you from a villain better than a villain.

Before I Forget, let’s also mention their badass masks—they could just equip me with one of those and we’d slip right out of the clutches of evil without anyone knowing it was us. Although if I Wait and Bleed and give the bad guy a trail to follow, they can teach me to release The Devil In I to fight back. And, if worst comes to worst, they can break out their demonic possession/deadly balloon animal/chainsaw skills and Snuff the life right out of the attacker, leaving him nothing but a Disasterpiece. Personally, I’d want to be buds with Slipknot during any Psychosocial situation, but when it comes to horror movies other People = Shit. \m/ (Emillie Marvel)

P.S. Brendon Urie would be the absolute worst choice—we all know he’d simply join the monsters in idobi’s imaginary horror flick and take his rightful place on the throne in Hell.