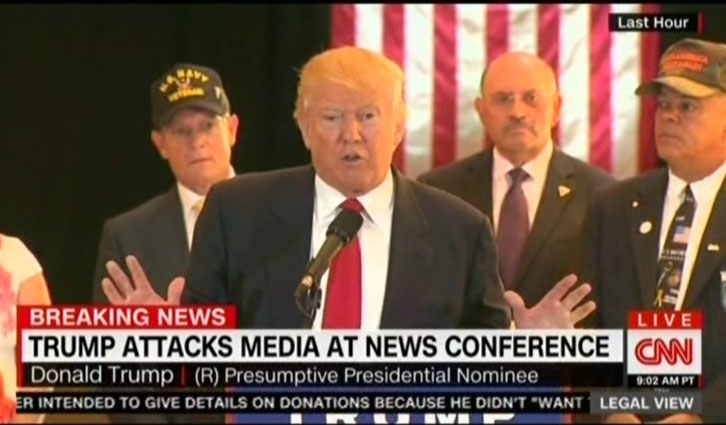 In my last column, I felt the need to defend what essentially amounts to manufactured pop music in the wake of Metallica’s appearance with Lady Gaga at the Grammy Awards. That train of thought has led me to two places this last couple of weeks: The media, and awards.

Don’t tell me about fake news…

As a journalist, albeit one who spends at least 95 percent of his working week nowadays writing about music, I’m done with listening to the President and his ongoing vendetta-driven diatribes against the media. Now, I subscribe to the train of thought that if you constantly compare every politician you don’t like to Hitler, you are not only cheapening what Hitler actually did, your desire to stretch as far as possible with the analogies is lessening the impact of the general point you’re trying to make. Calling Trump Hitler has the same impact on conservatives as calling Obama a Muslim has on the left. Right or wrong, that’s what happens.

That said, the first thing Hitler did when taking power in 1933 was seize control of the German media. That way, he could control the message. He didn’t have to just complain about things that he didn’t like when they were written, he could put a stop to it. Thems are the facts.

Fortunately, there are measures in place in the United States which should stop that from happening in this country. I say should, because my hunch is Trump is trying to find a way around those rules. What we know he can do, what he is doing, is restricting the ability of the press to do their job properly. CNN has been shut out of the White House, as has the BBC and other reputable news sources. Trump constantly spouts on about “fake news” when somebody criticizes him, and loves those that don’t. As a result, the President of the United States of America waves a derisory hand at the BBC, CNN, New York Times, Washington Post, and more, while talking in glowing terms about nonsense outlets like Infowars and Alex Jones, Rush Goddamned Limbaugh, and of course Breitbart. In other words, those that praise Trump, no matter how nonsensical the outlet, will receive the President’s glowing endorsement. “Don’t listen to the news outlets,” says Trump. “Limbaugh says my speech was one of the best ever.” Yes sir, because old Rush is a nut-ball.

Meryl Streep is an overrated actress because she slammed Trump. Scott Baio is great though.

This is scary, but there are things that we can do. Remember that there are strict libel laws in place in this country, and that Trump is perhaps the most litigious man in this most litigious of countries. If the New York Times truly did report fake news, they would be sued. Again, and again, and again. But they’re not. So have faith, while retaining a healthy perspective when it comes to questioning things. Know the difference between straight news reports and opinion editorials (op-eds). I’ve worked at mainstream daily news outlets in Detroit and Denver with some amazing journalists. Nobody is sat there making shit up. 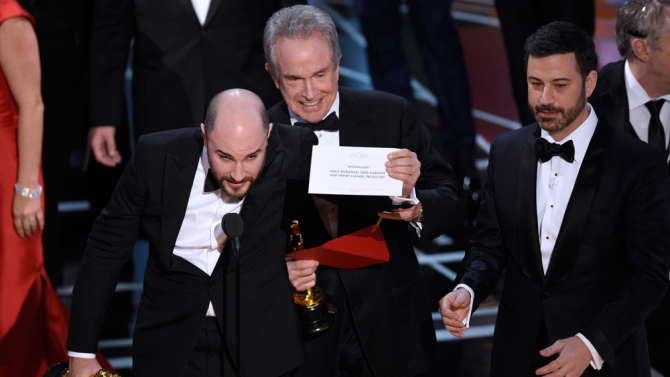 La-La calamity at the Oscars…

First, Steve Harvey made an almighty bollocks-up by announcing the wrong winner at the Miss Universe competition, and then the people behind the Oscars basically said, “You think that’s a mistake? Hold my drink…” Poor Warren Beatty. Poor Faye Dunaway. Poor Damien Chazelle and La La Land team. Poor Barry Jenkins. Poor everyone involved with Moonlight, whose big moment has been forever tainted. I mean, I’m no fan of musicals, but to be told you won best picture due to a mess-up with the card handed to the two presenting actors, and then have that taken away? That just seems cruel. How can something this big be messed up at such an important event. The card handed to Beatty that had him staring hard at it in confusion before Dunaway whisked it away was in fact a duplicate of the previous award. Why have two cards? They apparently need one for each side of the stage. It seems like a recipe for disaster, and it was when the rep from Pricewaterhouse Cooper was more interested in Tweeting pics of Emma Stone. Couldn’t one person have read the card before handing it over. I’ll bet this stuff is checked and double-checked in the future. The wrong Miss Universe, the wrong Best Picture, mic failures at the Grammys — it’s time to get better at organizing award ceremonies. 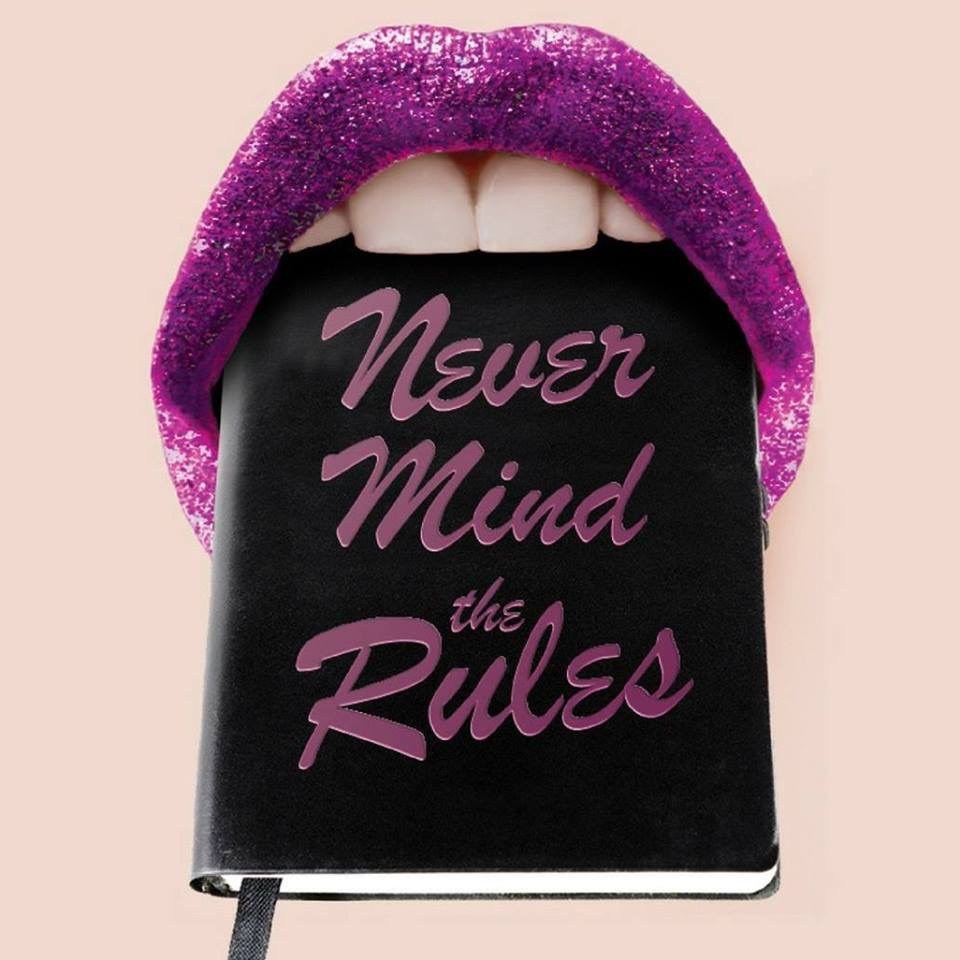 Up until the end of 2007, I lived in London, where I wrote about music for about nine years. The local scene was something wonderful at that time, blessed with a ton of London-based bands of all genres, some of which made it big. Many of my own favorites did not and have since split up. One of those was Pillbox, led by American singer Susan Hyatt. Hyatt went on to form the electro-pop band Stimulator when she returned to the States, as well as find her calling as a personal trainer and singing coach. She’s also now an author and, while this writer still misses Pillbox, her new book Never Mind the Rules: An Alternative Date Guide for Girls Who Wanna Rock, co-written with her longtime friend Lina Lecaro, is fascinating.

It’s particularly interesting reading this book as a dude. The two girls take their reader through every pitfall and warning sign that can be the bane of a woman’s existence when on the dating train. The book can practically work as a self-improvement guide for men also looking to date.

Essentially, the general topics covered here have been covered before. But it’s the approach that’s different. It’s in no way uptight, it’s hilarious, and it’s built around a theme of music. Women are allowed to go out and have fun on dates, that right isn’t exclusive to men, but Hyatt and Lecaro want to make sure you’re not setting yourself up for a fall.