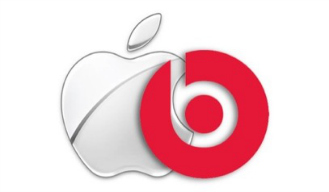 Reports last week that Apple was close to agreeing to a $3.2bn deal to acquire Beats Electronics were greeted by thunderous and opinionated mainstream media attention. The motivations and implications of the deal have divided observers. Some see it as a shrewd move intended to strengthen Apple’s hardware, technology, and music offerings by adding Beats By Dre headphones and the recently-launched Beats Music streaming service. Others view it as a stagnating technology giant, devoid of innovation since Steve Jobs’ passing, throwing its billions at a sub-par product, notably popular with the youthful demographic. Either way, it is a deal that has overarching consequences for the music and technology industries, and will impact how people consume music in the future.

Personally, I think it’s an ingenious deal, albeit one that reminds me of an old proverb about stealing candy from babies. But, candy is candy, and here’s why Apple will benefit from its biggest ever acquisition:

1. Money: Beats Electronics reported $1bn in revenue last year. Since Beats Music, the company’s streaming service, only launched in January, that $1bn figure encompasses only hardware (ie. headphones and sound system) sales. Apple has a much bigger sales and marketing infrastructure than Beats Electronics, in addition to more opportunities to bundle headphones and speaker systems with other products. We can extrapolate: if what began as a startup in 2008, with no foot in the technological world, can do $1bn in sales five years later, imagine what Apple can do with their broader resources. And remember, that figure doesn’t include Beats Music and the untapped potential the streaming service has.

2. Headphones: Rather surprisingly, Apple has never come out with their own brand of luxury headphones or speakers, although they sell a range of different brands (including Beats) via retail locations and online. As a retailer, Apple has seen how profitable this business is, and now they’ll add manufacturing and distribution of their own luxury brand. More profit!

What will happen to other brands, such as Bose, whose products Apple currently sell? Expect those to disappear from Apple’s offering.

3. Streaming: Buying a carefully designed, fully-licensed service like Beats Music, which has invested tens of millions of dollars into marketing and has a carrier partnership with AT&T (America’s second-biggest cell provider), is quicker and easier than building your own. There’s no doubt Apple could have assembled and marketed their own service from scratch, but there’s also no doubt that the streaming division of Beats Electronics is not the primary reason for Apple’s purchase. In the context of this deal, a streaming service is a strategic side-benefit and represents Apple’s investment in leading the future of digital music consumption. Even if streaming services never become as profitable as digital download services, they will be, once again, a side-benefit that consumers will consider when deciding which phone to purchase. And selling more phones will be profitable for Apple. Expect Apple devices to come pre-loaded with the Beats Music (iStream, perhaps?!) app and a free trial, much like Samsung’s recently announced agreement with Deezer will see the app pre-loaded on new Samsung devices with a free six-month premium trial.

WWJD? (What Would Jobs Do?)

One of the more interesting discussions surrounding the acquisition is the hypothetical question of whether Steve Jobs would have authorized this deal. Jobs is widely known to have been against the streaming model, believing it unfeasible and not what consumers wanted. Times change, however, and industries do not exist inside a vacuum. Since Jobs passed away in 2011, the smartphone has become ubiquitous, and high-speed 4G/LTE data packages the standard. Five years ago, a streaming model simply wouldn’t have worked technologically, let alone on a large enough scale to be profitable for a company. Today is a different story – as consumer adoption of streaming services and cannibalization of download sales in 2013 indicates. To those using Jobs’ own words to assert his stance on streaming services, I offer more of Jobs’ own words (from his biography); “If you don’t cannibalize yourself, someone else will.”

The Era of Tech Superpowers in Streaming Begins

Apple’s resistance to entering the music streaming market lasted just over half a decade. As with digital downloads, rival tech superpowers Amazon and Google are expected to follow Apple’s lead (although not as slowly as they did with digital downloads). Amazon is said to be in talks regarding launching their own offering, while Google is likely planning a YouTube-based streaming service, in addition to their perennially-neglected All Access service. The involvement of these superpowers truly marks the arrival of streaming services into the mainstream, and shows that while there remain some questions concerning whether the streaming model will be profitable, it has enough indirect value to be universally embraced as the future of music consumption. The tech behemoths have entered streaming the game.

This mass entrance is a stab in the heart for streaming pioneers and indie-heartthrobs Spotify, Rdio, and Deezer. Going back half a decade or so, the world of streaming services began as a speculative battle to win over passionate music fans who preferred torrenting music to legally purchasing it. It has now developed into a mainstream mode of music consumption and a war for world domination, owed to the efforts of streaming startups that have painstakingly raised hundreds of millions of dollars and invested in the development and marketing of these services. The belief is that the model can become profitable and benefit the entire industry – streaming services, labels, artists – if it reaches scale. When you consider that current market frontrunners Spotify only have 24 million subscribers worldwide*, the potential ceiling and stakes for all seem limitlessly high – as highlighted in Spotify’s recent valuations, rating it around $5bn, despite the last publically available figures (for 2012-2013) showing it to be operating at a $78m loss. Such losses are commonplace for startups in the field and are a necessary investment risk in the future, but they cannot be sustained forever. Investors want to see returns eventually.
* compared with 2.7bn people worldwide who are said to have internet access per The International Telecommunication Union

Here’s where tech superpowers come in. They don’t need to make money directly from streaming. Now or ever. While there are investors to be answered to, losses from a streaming service are a drop in the ocean for these companies. Apple will likely attempt to make streaming profitable in the same way the music section of iTunes Store is (barely) profitable. Amazon is expected to bundle a streaming service as a side-benefit to its Cloud Drive and Amazon Prime services. Google could transform YouTube into more than a video service and make their streaming service an Android OS staple. The point is, tech superpowers can undercut everyone else.

While streaming executives consider the industry-standard $10 for premium service price-point to be too low, it is considered pivotal for enticing customers (and for eventually reaching profitability with scale). Tech superpowers can comfortably undercut this price. That is disastrous for the prospects of companies like Spotify and Rdio, who have worked so hard to create an industry that many, like Apple’s Steve Jobs, thought could never work.

There is little doubt at this stage that streaming is the future business model for mainstream music consumption, so it is to be expected that the major players of the last generation’s business model are out to play. How Apple will incorporate and operate Beats Music remains to be seen, particularly with several reports linking Beats co-founder Jimmy Iovine with an Apple executive role. Hopefully that will be the case, as Beats Music’s artist-centric brand philosophy was about to start a revolution of the streaming business ahead of this acquisition, and the winners, for once, would be artists.

Back in March, Beats Music announced a (much smaller) acquisition of their own, of music marketing and monetization company Topspin Media. For those unfamiliar with Topspin, the company has been a backbone and a jack-of-all-trades when it comes to the artist-to-fan relationships for over five years. In addition to providing artists with software for content management and marketing, the service’s ecommerce platform allowed artists and labels to sell music, merchandise, and tickets directly to fans. Such relationships with fans are crucial, especially for medium and small-sized artists who rely on such income to survive.

So, why did Beats buy Topspin and why could it still prove to be significant? Well, streaming services have left many artists disillusioned and attracted outspoken critics such as Patrick Carney (The Black Keys) and Thom Yorke (Radiohead) due to low payouts. If Beats Music is able to successfully integrate Topspin’s artist-to-fan ecommerce platform, then maybe – just maybe – it could create real monetary value for artists from streaming services. It is highly likely that other streaming services would follow suit and offer similar capabilities, and instead of being viewed begrudgingly by artists as a distribution channel which doesn’t pay fairly, they’ll become a key hub for artists to promote tours and sell merchandise, a nucleus for music promotion and discovery, and will share essential data that will help artists be smarter and more efficient. Whether or not Apple decides to continue in this direction remains to be seen.

With the entry of Apple (and likely impending entry of Amazon and YouTube) into the market, streaming has finally reached the mass mainstream. Despite my belief that in the music industry, a rising tide usually lifts all boats, it would be a shade naive to say streaming services, technology superpowers, and artists would all win. Overall, technology superpowers will be the biggest winners, using streaming services as loss leaders and deal sweeteners to sell other products and making billions in the process. They may even make a negligible profit on streaming itself.

It is probably even more naive to blindly say that artists will win, but it is important to remember the historical context. If these services reach the scale that they believe is possible and transform into artist-friendly havens with just a few simple, obvious changes, artists will win compared to today, yet still probably lose compared to the heyday of the 90’s – before the MP3 and mass piracy.

The biggest losers will likely be the streaming pioneers such as Spotify and Rdio, who will find their offerings undercut and will struggle to adapt to keep up the Apples, Amazons, and Googles of this world. How cruel an irony that the companies who opened up the music and technology industries to the streaming model could be left struggling to survive by their own successes.