For a number of years now, comic books have all-but taken over our big and small screens. From the Chris Nolan Batman trilogy to the fully-integrated Marvel Cinematic Universe, from shows like Daredevil and Jessica Jones on Netflix, to DC’s Supergirl and the recent Lucifer, it’s tough to look at a screen without seeing something comic book-related.

Of the recent successes, The Walking Dead is a little bit different. While all of the aforementioned titles belong to one of the “Big Two” (Marvel or DC), The Walking Dead is an Image Comics property. The only other Image character you might have heard of is Spawn, thanks to a 1997 movie that didn’t do justice to the awesome stories told in print by Todd McFarlane. The people behind TWD broke the mold by taking characters previously unknown to the masses from an indie book (admittedly a very popular indie book, but an indie comic all the same) and creating a smash.

Moving forward, we know that both big houses have a lot of new movies and shows in the works. Marvel’s Luke Cage will be on Netflix soon, followed by Iron Fist and Punisher shows, and ultimately a Defenders team-up show. We’ll be getting another Agents of SHIELD season, with Ghost Rider involved, plus movies for Black Panther, Captain Marvel, Dr. Strange, Ant-Man & Wasp, Spiderman, Thor, the Guardians 0f the Galaxy, and, of course, the Avengers.

DC will be giving us more Gotham, Supergirl, Flash, Arrow, and Legends of Tomorrow on the TV, and their own cinematic universe will be expanded with Flash, Shazam, Wonder-Woman and Justice League movies, with more to be confirmed soon.

BUT, if you look outside of those two, which smaller properties have the potential to be the next Walking Dead? Which characters, perhaps unknown right now, would make for a great movie or TV series? Let’s take a look… 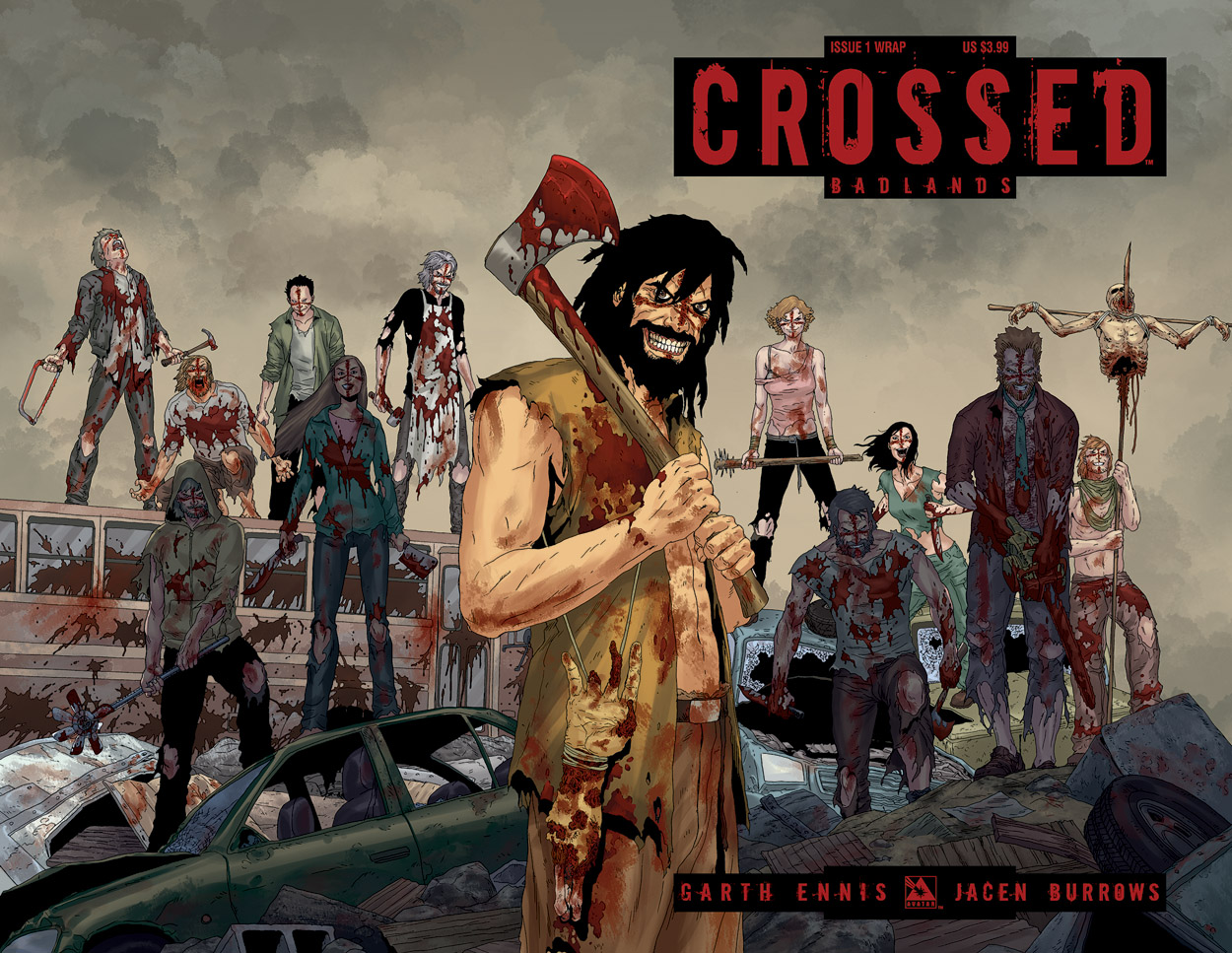 Man, would this ever be controversial. Garth Ennis’ infamous horror comic series has been mentioned, albeit usually under the breath, as a possible “next Walking Dead,” but most seem to think that’s it’s practically un-filmable. Without diluting it to death, a hard R-rated movie seems the most realistic platform. The plot deals with a virus that turns people into homicidal maniacs. While that might sound very zombie-like on the surface, the difference is that the infected retain a level of human intelligence—they can speak, set traps and use firearms, for example, but they give in to the most evil thoughts imaginable. In Ennis’ own words on the Avatar Press website, “The Crossed are people who—through infection—have given in to the absolute worst instincts that human beings can: murder, rape, torture, cannibalism, all of the most cruel and inventive kind imaginable. They are out of control, really. Their number one urge is to get their hands into normal people and commit every ghastly act they can think of—they can’t fight it, and they don’t want to.”

Crossed is cleverly written and the art, by Jacen Burrows, is incredibly powerful. It’s only fiction, and as such can do no harm. However, whether anyone would take the chance of green-lighting a live-action show or movie is a longshot at best, although Ennis’ Preacher title had an AMC show this year and there’s an adaption of his The Boys coming soon. Still, even if Crossed was given the go-ahead, it would have to be watered down. If you have a strong stomach, check it out online to see why. If you don’t, just avoid.

Like Spawn and The Walking Dead, Savage Dragon is an Image property and is probably their most popular after those two. Created by Erik Larsen, this book is unusual in that Larsen has been writing and drawing it since the very beginning in 1982. The basic plot involves a green, muscular, dragon-like humanoid who doesn’t remember anything other than waking up in a burning field, and later joins the Chicago Police Force. Much of the plots since have seen the title character trying to figure out who he is, while simultaneously fighting masses of super-villains. Loads of fun to be had in live-action form, probably as a Hellboy-esque movie, especially with this character created by a man who calls comics “funny books.” 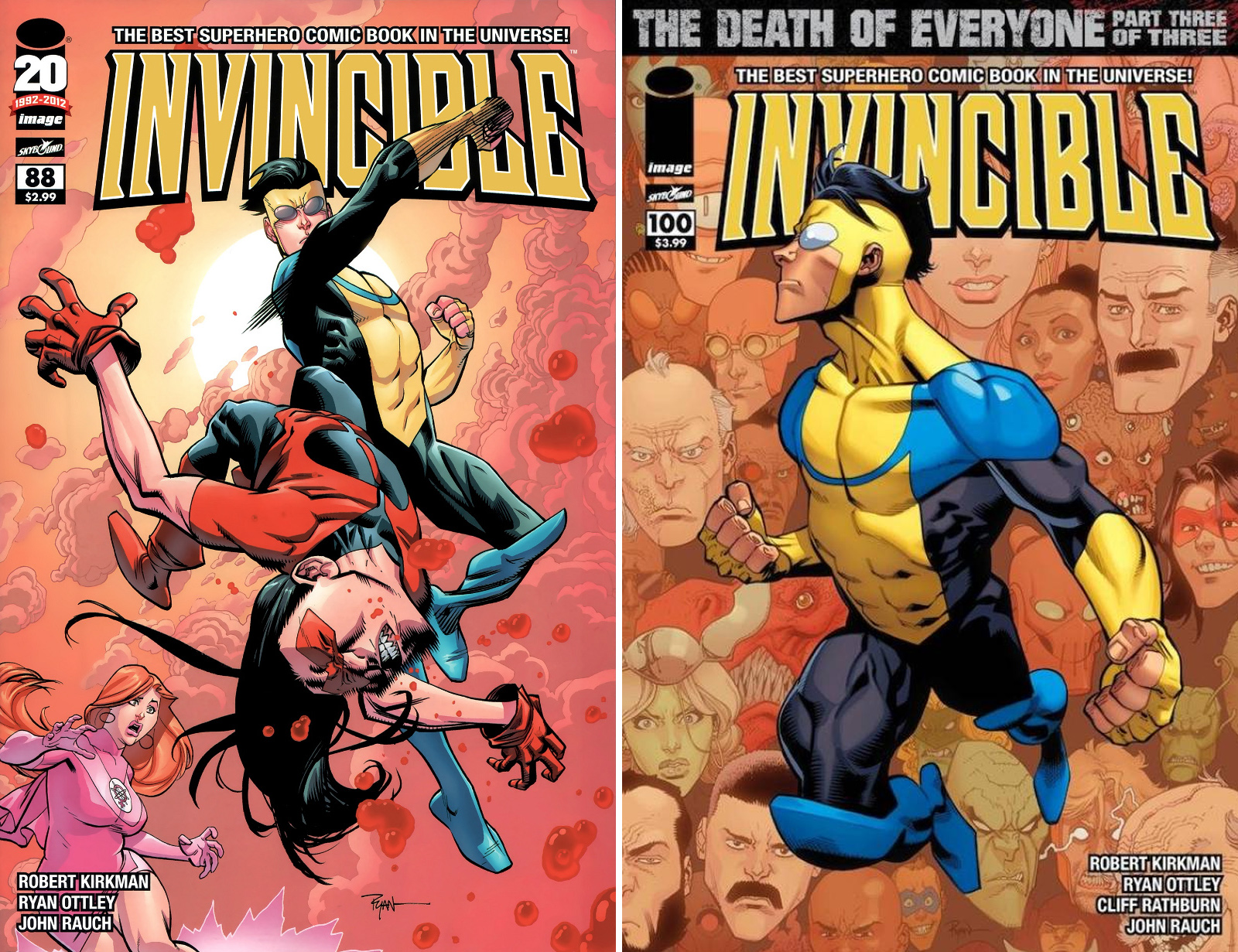 Another Image property, and notable because Invincible, the name of the main character, is a superhero dreamed up by Walking Dead creator Robert Kirkman. That, in itself, puts it straight into the hands of the execs perhaps looking for the next big thing. Drawn and co-created by Cory Walker, Invincible, like many other superheroes, possesses great strength, plus speed and flight, though, as his name suggests, he’s best known for his fast-healing ability. This is useful, as he’s been beaten to a pulp on many occasions. He’s the son of superhero Omni-Man, so has a fascinating backstory as well. Lots to play with if done in a Heroes-style TV show.

Actually, plans have already been announced to turn this property into a film, with 20th Century Fox producing. That’s a huge deal for this bi-monthly publication, put out by Archaia Studios Press, and written and illustrated by Michigan’s David Petersen. It’s worth looking out for; Mouse Guard features a bunch of sentient mice in medieval times, and the stories often echo real historical events. The Mouse Guard of the title are a brotherhood sworn to protect their fellow mice. The writing is intelligent, managing to balance often serious events and storylines with the sweet nature of the concept. 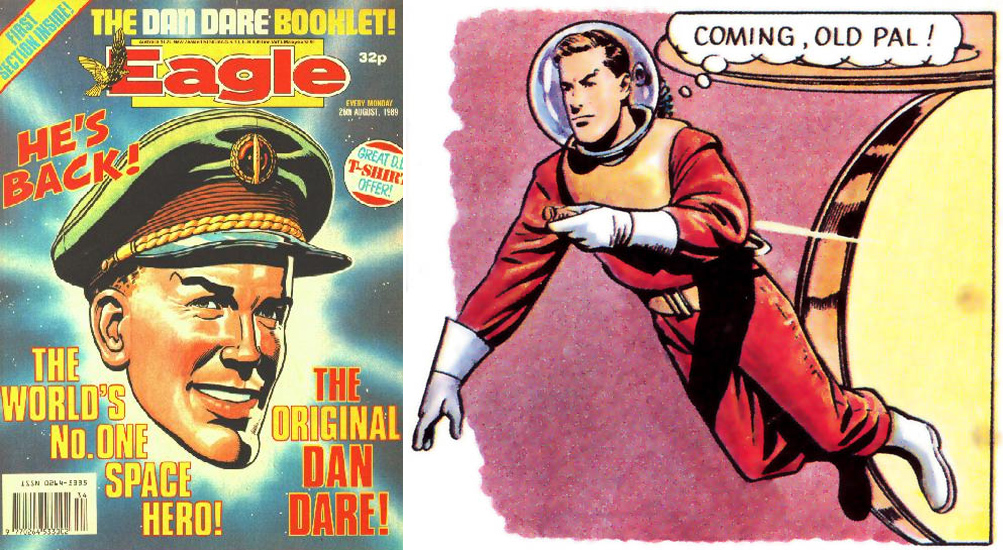 In Great Britain, Dan Dare is a household name, much like fellow British creation Judge Dredd. Dare, created by illustrator Frank Hampson, was the main character in the comic book Eagle, which ran from 1950 to 1969, and then again in 1982 to 1994, published by Hulton Press. Dare, the “Pilot of the Future,” has been tossed around by film execs for a while, and in 2010 Variety even announced that Warner Bros would be making a Dan Dare film with Sam Worthington in the title role. However, we’ve heard nothing since. It’s a tough sell, especially because it would require a big budget for the necessary sci-fi scenes. UNLESS, a leaf was taken from the Dr. Who book and they made it in a very English campy, deliberately B-movie style. Manchester-born Dare is a chief pilot with the Interplanet Space Fleet. So, you know, he flies around and has a bunch of adventures, all the while his English stiff upper lip and square jaw remaining in place and immaculate. Either a low-budget TV show or a movie could work, depending on the team working on it.