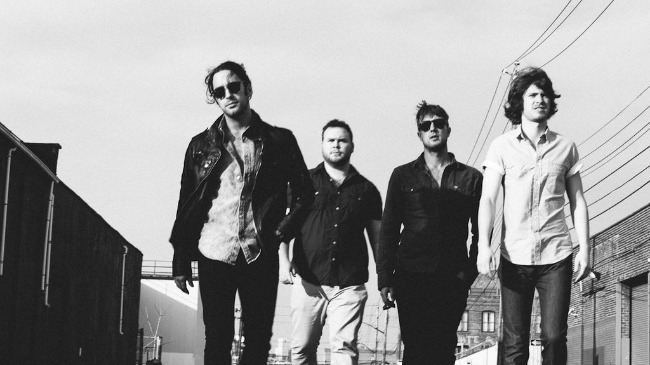 It’s a crazy time to be a young rock ’n’ roll band, especially a band like Arc & Stones. We fall in the No Man’s Land of music that you either love, hate or don’t get. It’s the rock’n’roll sound that blends the vintage character of the past, with the modern presence of today, and in such a turbulent time for honest, pure rock music, we attempt to capture people who are tired of the machine, and want the future to be something that they can believe in. That something is what we try to be reminiscent of tomorrow’s homage to yesterday.

“It’s a grind that is exhausting, and relentlessly slow, but insanely gratifying if it works, and it all starts with a certain few die-hard, unshakeable fans.”

First and foremost, our concept is built on belief. That is why we are here today writing this letter. Believing in what we are trying to accomplish, is kind of like believing that we can restore the lifestyle of the most celebrated time in music, one song…one record…one show…one fan at a time. Sounds like a pipe dream, right? It’s a grind that is exhausting, and relentlessly slow, but insanely gratifying if it works, and it all starts with a certain few die-hard, unshakeable fans. They are individuals who look at you in a light far brighter than you deserve, who praise you far more than you warrant, and who believe in you far greater than you could ever have hoped for. They are the constant reminder, some days more needed than others, that what you do is bigger than yourself and actually has the ability to affect someone’s life.

“It makes it so much easier, every single day, when we have the people that we call our first true fans to keep that fire lit.”

There is no direct channel for our sound, or platform to instant success for us, so just like the character of our music, we build up our movement the old-fashioned way; the blood sweat and tears of our efforts, the endless amounts of touring and self-promotion, selling our merch in (almost) any way we can, and hoping that people catch on. It makes it so much easier, every single day, when we have the people that we call our first true fans to keep that fire lit especially when it’s the only place we have left to look when it gets real dark. Any touring musician can attest to how powerful You are, so here is the letter, us to you, our hearts to yours, in gratitude forever for the power you hold in us getting to exactly where we want to go, and stay…the top. 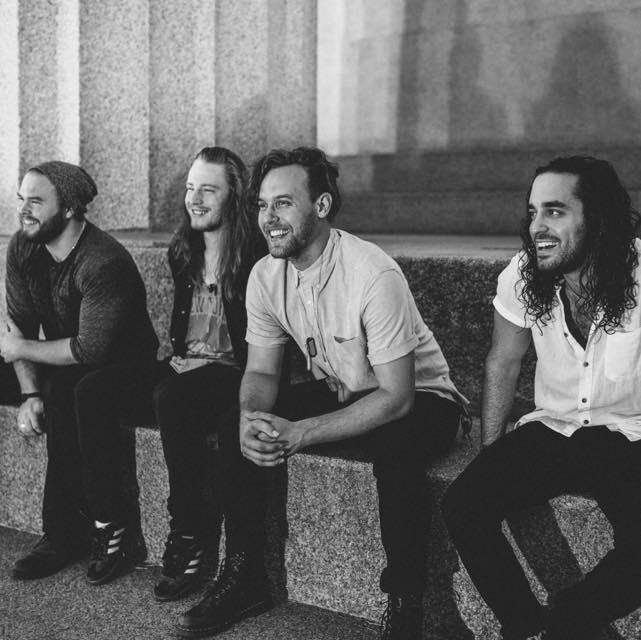 Dear Sandra, Angelique, Terri and Mike, Stephanie, Todd, and all our firsts,

If there was ever a way we could tell you the impact you have at both shows and from afar, we would tell you in a heartbeat, but when we say there just isn’t enough words we mean that in the most grateful way possible. The way you have given us hope for the future is one of the single biggest reasons why the ups have been sky-high, and the downs have never been deep enough to keep us from climbing out of the hole we were in. We’ve gone through major changes in the three and a half years we’ve been a band, and to say some of those changes have been difficult is an understatement. You have made those times bearable, and you were the wind at our backs when we needed the push to move forward. Not a day goes by that we are not thankful for you, and if there ever is a day that we can repay you in the kindness you have shown us, we will, and ten-fold. You say that we have the ability to change the world, and that statement alone helps us to continue the long and rigorous journey to some success.

In the 15-hour van rides, the fucked up shows, the fights in the band, the $00.00’s in our bank accounts, and all the moments of turmoil and depression, that is where we will lean on your support. In the signings, the interviews, the write-ups, the awards, the ovations, and all the moments of victory and glory…that is where we will thank you first.

With love, and hope for the coming adventure,

Watch out for more Fanuary love all month long, right here on idobi.com!