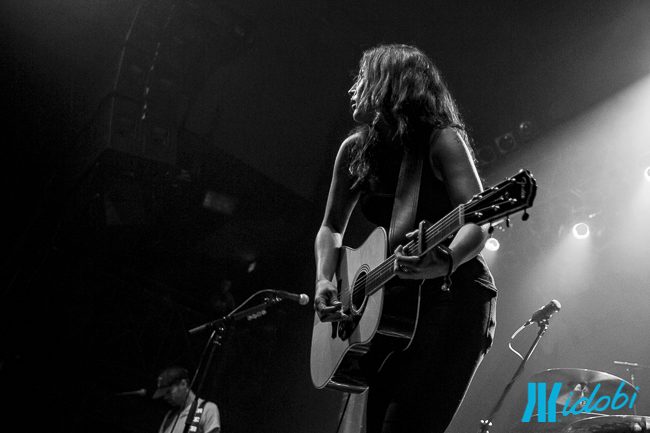 Riot Fest has announced the lineups for its Chicago and Denver festivals, featuring headliners The Cure, The National, Rise Against, Weezer, and many more. 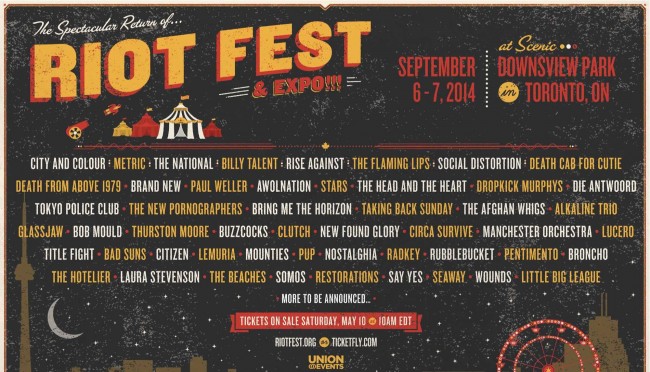 The lineup for the Toronto edition of this year’s Riot Fest has been revealed, featuring headlining sets from City & Colour, Metric, The National, and more. 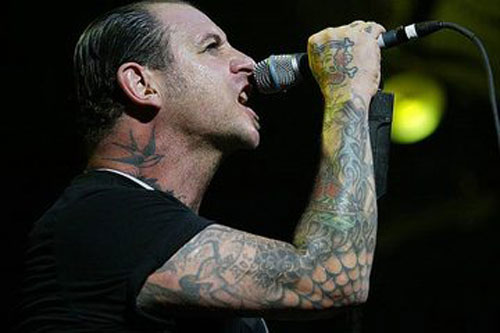 Mike Ness is the sole remaining original member of Social Distortion, the southern California rockabilly punk band that rose to prominence during the 1980s.

The group turned June Carter Cash’s “Ring of Fire” into a staple of rock radio, and Ness’ hardscrabble youth inspired such hits as “Story of My Life” and “Prison Bound.”

Social Distortion’s first album in more than six years, “Hard Times and Nursery Rhymes,” recently debuted at No. 4 on the U.S. pop chart, the highest ranking in the band’s career. The road warriors will begin a U.S. tour in Albuquerque on Tuesday, and then hit Europe for the summer festivals.

Sharks will be heading out with Social Distortion and Chuck Ragan this spring in support of their debut US release The Joys of Living 2008 – 2010 which hits stores April 5th 2011. They will be following up this tour with a spot on the entire Vans Warped Tour.

Episode 4 playlist for First Person w/ Josh Madden: Ramones – Pinhead The Clash – Train in Vain (Stand by Me) The Runaways – Cherry Bomb Death – Politicians in My Eyes Social Distortion – Another State of Mind Circle Jerks – Back Against the Wall The Dictators – Baby, Let’s Twist Minor Threat – […]

Tonight on First Person, Josh Madden takes you on a romp of punk rock history. Tune in tonight at 8pm EST, and sit back, relax, and get some punk rock education. About Josh Madden Josh Madden is a Music Producer, Remixer, and DJ; Co-Founder of DCMA COLLECTIVE clothing line with brothers Benji and Joel; stylist […]

For their seventh album, This Addiction (due Feb. 23), the members of Alkaline Trio decided to make big changes, starting with the way their music was released.