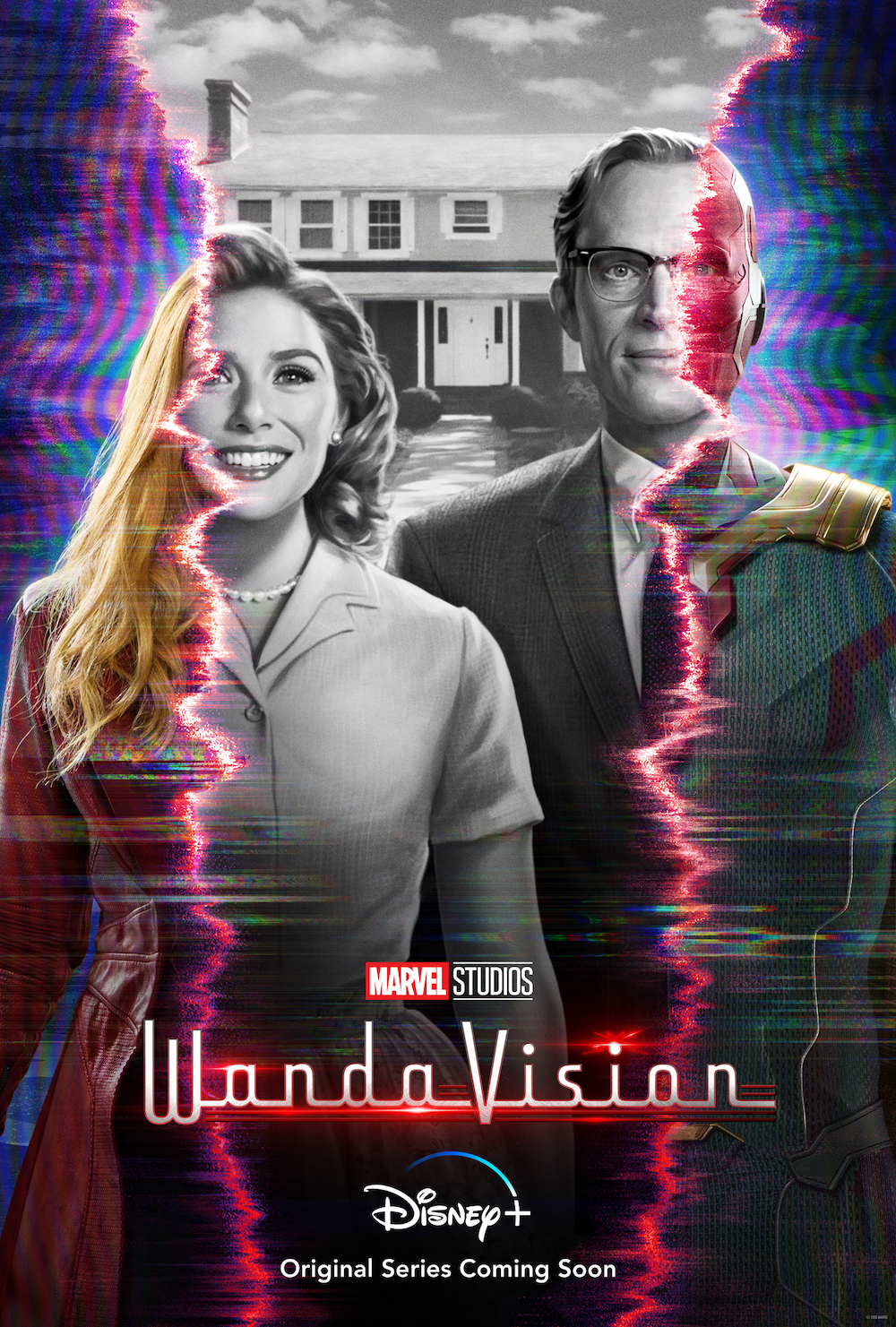 Basically: Wanda Maximoff and Vision return to somehow start a life together in a world based on TV sitcom history, but things are weird.

I’ve seen the first three episodes of the new Marvel Studios series WandaVision and it’s an interesting one, to say the least. The thing is, like the plot of the show, at this point it’s too early to call. WandaVision opens with Wanda (Elizabeth Olsen) and Vision (Paul Bettany) moving into a new house in the nondescript suburban neighborhood of Westview…but it’s shown through the lens of an early 60s TV sitcom. It’s this lens and the use of pastiche that is the show’s core at this point. These characters honestly had very little characterization in the first big super 23 movie arc of MCU (Marvel Cinematic Universe). Now they get a lot more space to explore–I just don’t know if the old-style sitcom jokes are the smartest play. I’m probably overthinking but I couldn’t help but wonder: If you never watched old black & white TV shows, does this work outside of it looking old? Does the care in doing the sets and camera angles and piped-in audience hit the same for younger viewers as it might for those of us who grew up watching TV when twenty-six channels and syndication was all we had? It’s probably used as something Wanda grew up with in Sokovia, only seeing old TV shows when she and her brother Pietro (Quicksilver) were captured and raised by Hydra.

But I got off topic, very much of the first two episodes shows these two in very simple old-style plots with Vision very much being a mix of doting husband—like that of Dick Van Dyke from his eponymous show and Dick York/Sargent from Bewitched fame. The episodes are good but for me, the jokes didn’t really land like I felt they should, but the visuals in black & white work well. They really captured that feel of the sets and music and pacing of the classic episodes. Elizabeth Olsen and Paul Bettany really get to explore their onscreen chemistry with Bettany getting to use those good comedic chops he has that are missing from Vision in the films—but who really shines in the first 2 episodes is Kathryn Hahn as Agnes. She comes into each scene with that good Ethel energy and that Endora style of throwing darts in all her scenes (from I Love Lucy and Bewitched respectively). Hahn knows exactly what type of character she’s playing and kills it all the time. Teyonah Parris plays the other major secondary character who really doesn’t pique the viewers’ interest until the end of the third episode, but from there the show starts to shift from let’s explore TV as an aesthetic to what the mystery of the show is and what role does Parris’ character play in it.

So that’s about it, really, with it being so early and the first three episodes being the first act of setup and getting the viewer comfortable. I don’t like spoiling things and really there’s not much to spoil, but it is an interesting first step for the MCU in moving to TV and I think most will enjoy it.

In the End: The first three episodes are all set up with a ton of metatext on sitcoms with two underserved Avengers. Not enough to judge yet.