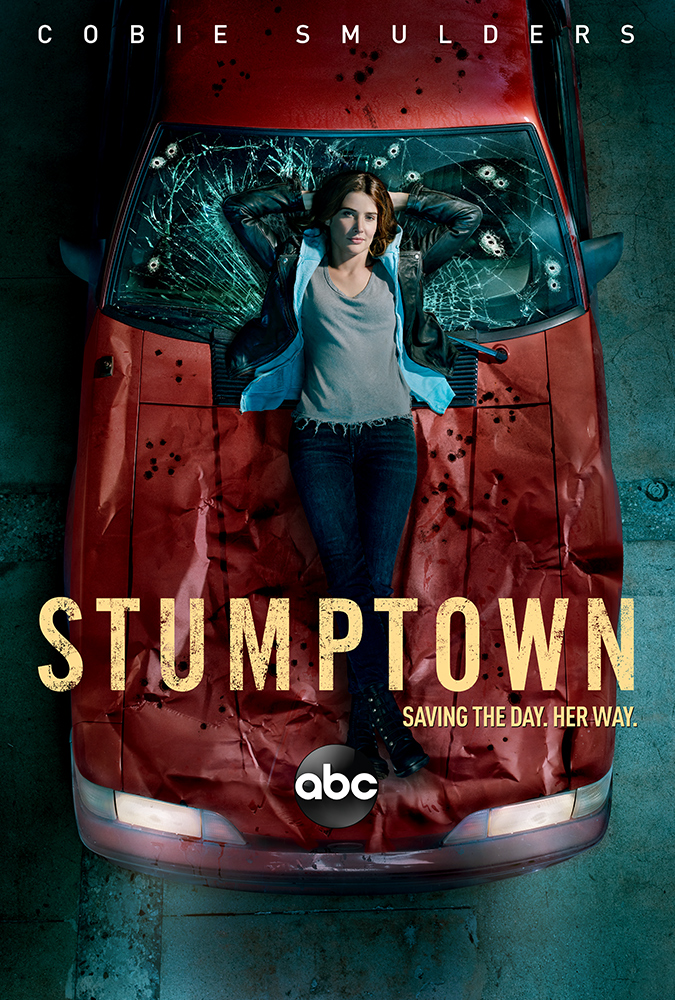 Basically: A fun but sadly forgettable romp with a cocky ex-military P.I. who constantly gets sucked into the next case.

If that description sounds like Magnum, P.I., you’d be right and you’d be wrong. We’re talking about Stumptown with Cobie Smulders in the role of the reluctant P.I. Dex Parios. But the general framing of the series is the same.

Magnum, P.I. is a solid show. And I am a fan of Cobie Smulders and a fan of Greg Rucka (who wrote the original comic)—so Stumptown should be a home run…right? Don’t get me wrong—Stumptown is a fast-paced fun adventure with some awesome acting and a great backstory. Still, I worry that we are going to be victim to yet another clichéd police procedural. YET ANOTHER ONE? YES! The creators had the original comic from Rucka and Smulders as the star, not to mention other amazing cast members such as Tantoo Cardinal as Sue Lynn Blackbird (a Native actor NOT playing a stereotype), Michael Ealy as a police detective, and Camryn Manheim. How could this go wrong?

I’m not sure. I suspect it is the writing. It was written by Jason Richman, who wrote Bangkok Dangerous (an unfortunate Nicholas Cage movie) and four episodes of Mercy Street (which is amazing but nothing like Stumptown).

The story is solid but perhaps too simple. I figured out the pilot’s plot twist long before the big reveal—and it wasn’t really that big. It could have been much more of a shock but sadly it wasn’t. With so many similar-style shows coming and going Stumptown needs the kind of details and complexity that will make it stand out. What will make this story unique? Now, a short two weeks after seeing the pilot, my wife had to remind me what the plot was—and I only really remember the AWESOME scene they showed in the previews. You know the one, with “Sweet Caroline” playing in the background. Yeah, even after seeing the teaser three times (my wife saw it eight times) before actually seeing the pilot, it is still very good and very funny. It gives us a clear view of the character, and sets up a lighter tone that is definitely more Magnum P.I. and Castle, or even Rizzoli & Isles, rather than Law & Order or My Life is Murder. I’ve been watching more British television as currently they seem to have a stronger contingent of female-led mystery/procedurals but, because of the trailer, I desperately wanted to see Stumptown.

I just wish the writing team had kept the foot on the pedal. I worry that, if the rest of the season is like this first episode, we are doomed to have only one season of Stumptown. Or, worse, we will get a second pity season and poor Cobie will be kept from the greatness that is her acting in truly good roles.

In the End: While I was disappointed with the simplicity and stereotypes in the pilot, I love the comic and I will be tuning into tonight’s episode in the hope that the series will build into the wise-cracking-PI-with-a-past we need to see.

Stumptown airs every Wednesday on ABC.