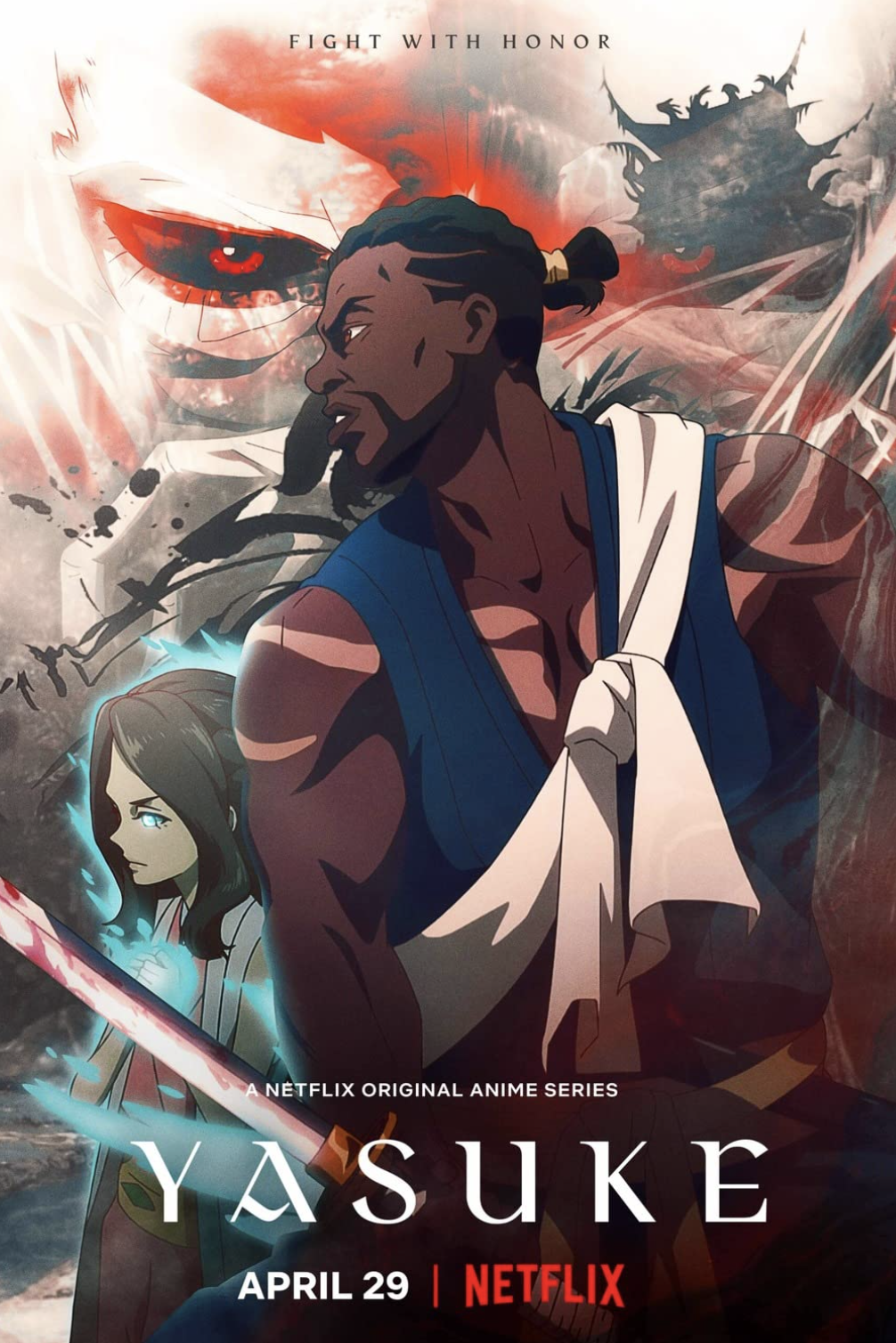 Yasuke is an upcoming original net animation series loosely based on the historical figure of the same name, a warrior of African descent who served under Japanese daimyo Oda Nobunaga during the Sengoku period of samurai conflict in 16th century Japan.

Created by LeSean Thomas and animated by Japanese animation studio MAPPA, the series stars LaKeith Stanfield as the title character.

One of history’s greatest secrets, the legend of the noble warrior Yasuke, is revealed, well sort of in this alternate-reality version of feudal Japan. Based on the first Black Samurai, Yasuke was a man of African origin who served as a retainer under the Japanese daimyō Oda Nobunaga. He is thought to have been the first African that Nobunaga had ever seen. Instead of highlighting Yakuke’s real-life exploits, this four-part animated series focuses on his life in 16th-century Feudal Japan, as he lives out his days as a boatsman. Marginalized and dismissed by the Japanese because of his race, Yasuke lives in anonymity, befriended by a local inquisitive young kid, Ichiro, who yearns be a samurai. Yasuke provides him with a bokken (a wooden sword) for him to practice. After his young playmate, Saki breaks it inadvertently with a mysterious power, her mother, a local singer, Ichika asks Yasuke to take her upriver to see a special doctor fearing for her life. After initially refusing, he later changes his mind, using his boat to transport her.

Through a series of flashbacks, we witness Yasuke’s, born Eusebio Ibrahimo Baloi, a descent of the Yao people of Mozambique, entry into Japan. After he defends the honor of a child, his heroic and courageous actions gain the attention of Lord Oda Nobunaga. Quizzical because of his Black skin, he rechristens Baloi, Yasuke and gives him access to his cabinet. As the story returns to the present, Yasuke encounters a group of hired mercenaries, sent by a mysterious preacher to capture the special child. Over the course of the series, the Preacher’s motives are exposed as Yasuke has to return to his roots as one of Japan’s greatest warriors to defeat his foes.

Much of the story deals with the honor and code of the Samurai, as well as the overall negative attitude of much of the Shogunate, the hereditary military dictatorship of Japan, who no matter what his rank and station still see him as a servant or less than because of his Black skin. Speaking Japanese and reciting ancient proverbs, Stanfield’s voice work and low-register baritone is admirable and is the engine that brings the story’s animation to life. Speaking of the animation, Japanese animation studio MAPPA’s work is visually striking and beautifully rendered. The fight scenes are dramatic and bloody as the producers highlight those elements of the Samurai culture. The series score by L.A. rapper/producer Flying Lotus aka Steven Ellison expertly augments this rich narrative.

In one of cinema’s deeply missed opportunities, the late Chadwick Boseman’s rendition of this iconic Samurai’s life never was filmed before his untimely death. Two years ago, Boseman stated that “the legend of Yasuke is one of history’s best-kept secrets, the only person of non-Asian origin to become a Samurai; That’s not just an action movie, that’s a cultural event, an exchange, and I am excited to be part of it.”

This series serves as an introduction to the legend, dramatized with sorcery and additional fictionalized elements that are entertaining and palatable for contemporary audiences. A live-action big-screen version yearns to be made to bring this proud warrior’s life to the masses. But in the meantime, this Thomas-produced series provides a window into his noble existence and along with Stanfield, we bear witness to a new hero simply known as Yasuke.