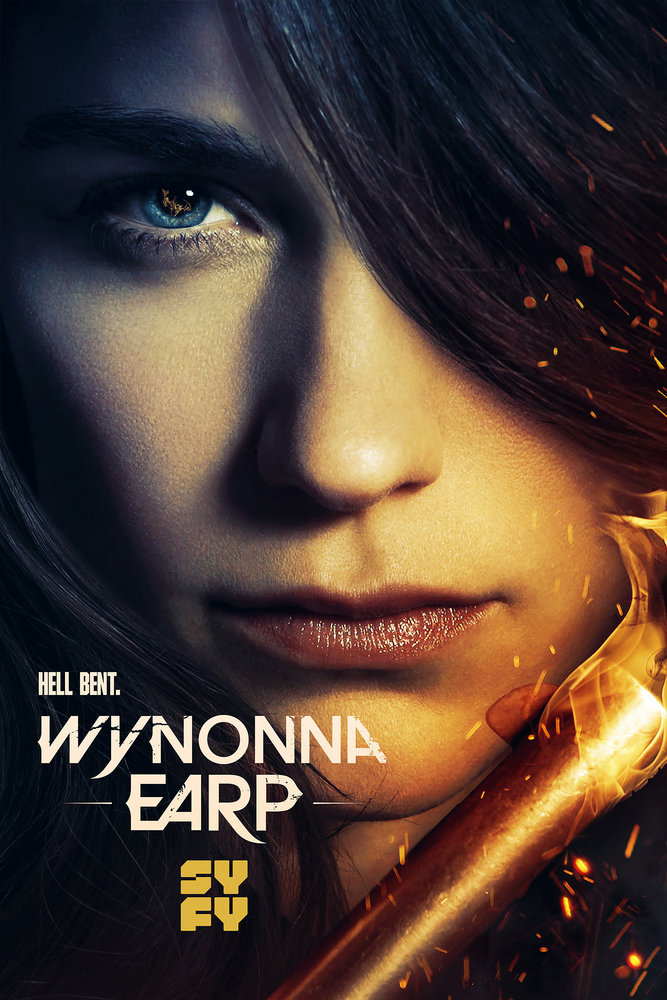 Basically: Welcome back to the snarky, slick, kick-ass girl power series we all love.

Spoiler: If you have not checked out this series you are SERIOUSLY missing out!

Season 4 (which, let’s be honest, will likely be the last) starts with a breakneck pace and Nedley (gotta LOVE that man!). Seeing the Wynonna Earp cast on screen again is like taking a breath of whiskey-laden air—like a punch to the gut but you LIKE IT! It is fun and frenetic and follows Wynonna (Melanie Scrofano) on the path to find her family who have been sucked away through a staircase in the woods. But it isn’t an easy journey, which means lots of cursing and fighting happen along the way. It’s a great opening. And yet the season opener hits us with happening after happening. Doc (Tim Rozon) and Waverly (Dominique Provost-Chalkley) are in some strange alternate world. Officer Haught (Katherine Barrell) is…well, we don’t really know, I mean, we do but we don’t. Jeremy (Varun Saranga) is no where to be seen. AND Wynonna and Nedley (did I mention Nedley??) are trying to find everyone else. There are just so many storylines and we don’t really understand any of them (and neither does Wynonna). Granted, I’m usually along for the show’s ride because the theme is so strong: I want my family back. But the hyper-scene-cutting style that comes along with this ride doesn’t really answer ANY questions and gets old by the time you’re into episode 2. We need SOMETHING stable and Wynonna, without her support, is anything
but stable!

If you are looking for something fun (and who isn’t in these COVID times?) episode 1 is your ultimate season opener. But, for Earpers like myself, I think you might be a little disappointed. I found myself drifting off to my phone during episode 2. By this point I was getting whiplash from the scene cuts and honestly there was little to no story going on. Just a whole lot of: I’ve got to save my sister. I love my sister. I would do anything for my sister. Oh look, a bad guy! I know Wynonna is reckless, even more so without the stabilizing influence of her family (we saw a prelude of that with the loss of Dolls). But some of the things she does this season makes me think…have you LOST YOUR MIND?! When Wynonna is warned about a place being dangerous, her going off and doing profoundly stupid things there (like throwing dynamite around) just doesn’t ring true. Like I said, Wynonna has always been reckless but never stupid. I get the feeling the writers are trying to show us a desperate side of Wynonna without her gun…but they just make her look dumb.

With that said, let me end on this note: If you can make it through to the end of episode 2 you WILL be rewarded. I walked away from the ending with a desperate need to see the next episode and I think you will too!

In the End: Wynonna Earp S4 starts off sloggy, and the characters are suffering for the sake of the plot, but hang on ’til the end of episode 2 and you’ll be golden!