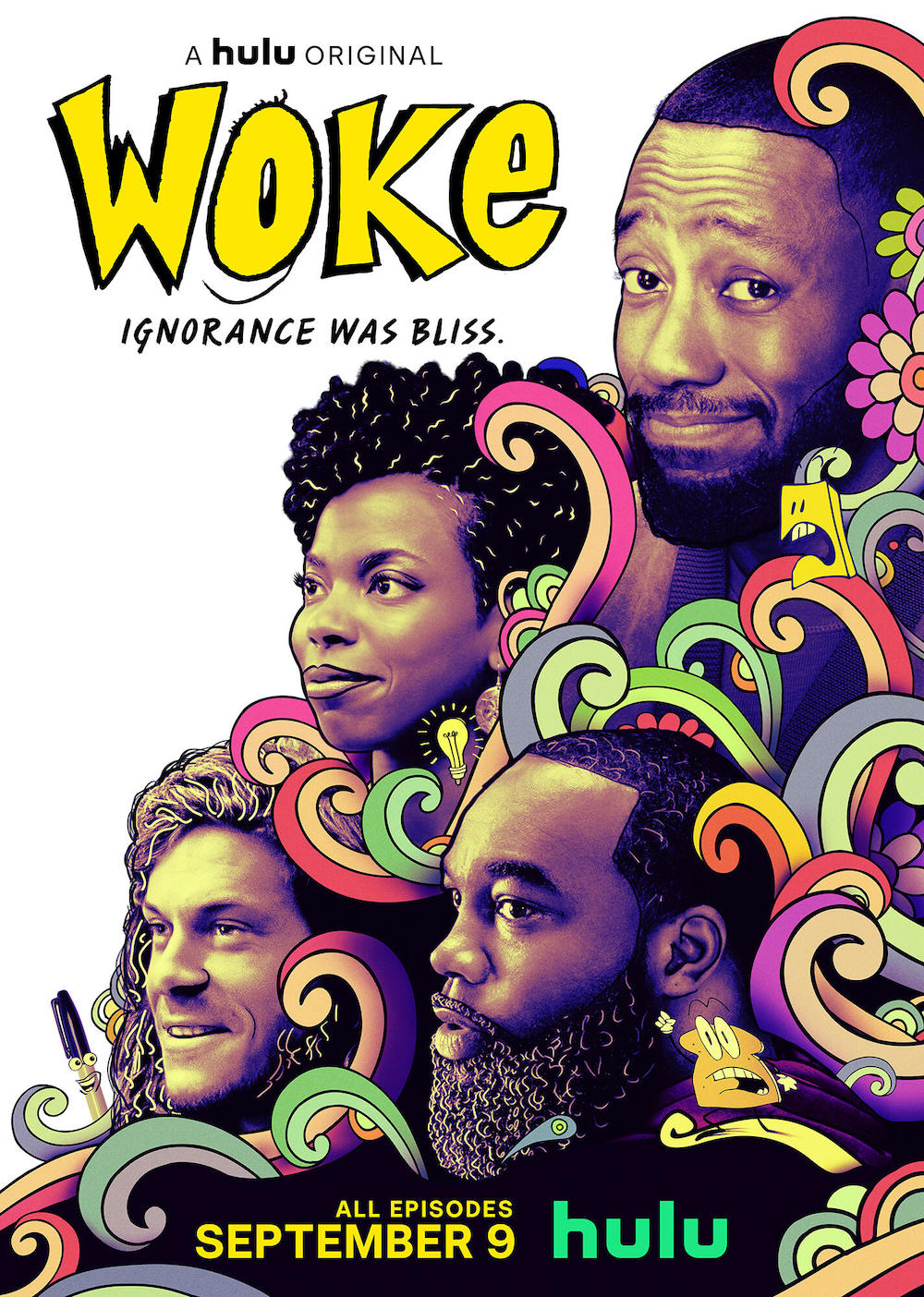 Basically: A show version of what a lot of people learned a few years back: Racism isn’t gone. The U.S. isn’t past color.

The United States is going through a very rough period. But not too long ago we as a nation were hopeful, which, honestly, made us lax in remembering our history and how far we have to go. A decade ago, during the first term of the first ever Black President, a lot of us felt we had finally overcome race. We were celebratory. It was a new age, the country was getting browner, and millennials didn’t care one bit about the color of one’s skin.

Then slowly we got more and more reminders of why that’s not true: the Tea Party, Trayvon Martin, Birtherism, Mike Brown, Mother Emanuel Church, the 2016 Presidential Election, Charleston Virginia, and so many more. In a lot of ways, many of us were re-awakened to the fact that things haven’t changed as much as we thought and hoped. This sentiment is where the new Hulu sitcom Woke begins. Now, you might be thinking that all the things I’ve stated make for a very serious and somber setup…but Woke is funny. It’s a sitcom, it’s meant for you to laugh out loud. The show follows Keith Knight (Lamorne Morris), a cartoonist about to blow up thanks to his comic strip Toast and Butter. He’s about to go national through a Comic Strip Syndicate and is pretty much on top of the world. Keith is easy-going and ready for the next level of his career…until one day he has a very bad interaction with the police. He’s manhandled for “fitting the description” of a suspect while passing out flyers marketing his comic strip. From there Keith is now “Woke”—he sees and hears inanimate objects talking to him about things that have racial bias or are part of white supremacy. Keith essentially has to deal with his trauma personified by talking to animated trash cans and markers and such.

The setup and the pilot episode really knock it out of the park. Morris is great as Keith, who is based on a real-life cartoonist. His character is so likable, nice, and cool that when the “Woke” moment happens to him you instantly feel sympathetic to his shock, fear, and bewilderment. With that being said, Keith’s journey might be a perplexing one for viewers who are Black and aware. You could sit there and be like: You’re an adult, how are you that oblivious to these racist issues and how are you just figuring this out? However, while that could come off as annoying, it doesn’t because other characters usually share this criticism with him. Namely his roommates Gunther and Clovis. Gunther (Blake Anderson) is Keith’s well-meaning ally white roommate. Clovis (T. Murph) is his Black roommate who usually espouses every “really tho?” you want to say to Keith. These two really help the show, at times being the Jiminy Cricket for Keith as he explores his newfound “Woke-ness”. Gunther is more of his “hey white people aren’t going to take it the way you think” Jiminy, while Clovis is his “no man, you can’t do that, have you forgotten who you are?” Cricket.

Sasheer Zamata rounds out the series regulars as Ayana, an editor at a city publication who pushes Keith to tackle race in his work. She guides him with some tough love. None of these characters let Keith off the hook but at times you do start to wonder: Why is this taking so long? While watching, it hit me—in some ways, Woke’s showrunners may not have expected to debut during times that have opened the eyes of so many.

Woke isn’t perfect—a Black love interest early on isn’t handled that well—but overall it’s quite funny and is a good watch. The performers and characters carry each other well—when you might not be feeling one the others are there hitting home runs with good timing and punchlines.

In the End: Woke is a solid start with a great cast that will give you some laughs. I hope Hulu supports it so that it can reach its potential to be a transcendent show.

Woke comes to Hulu on Wednesday.