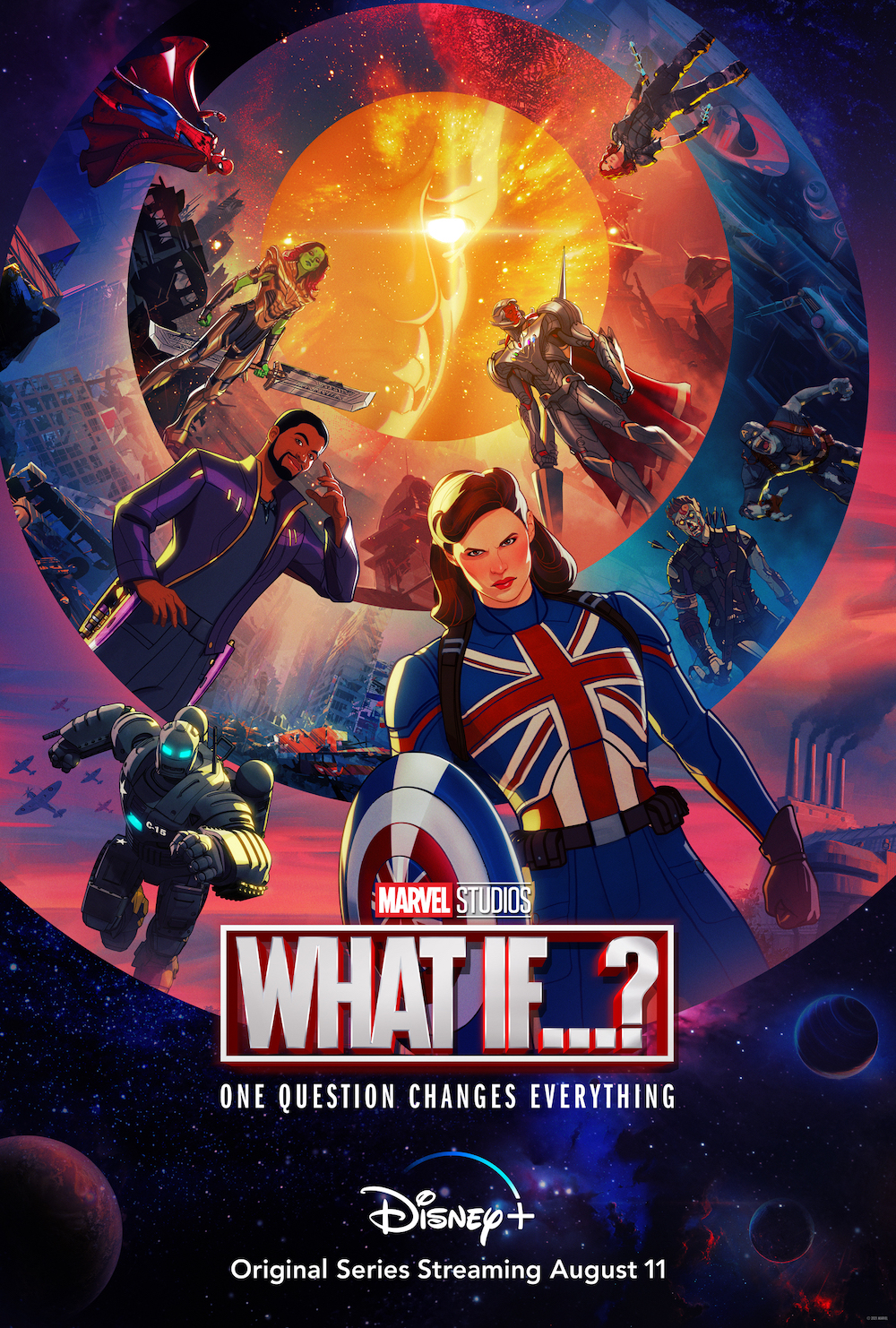 Basically: What If…? the biggest moments in the Marvel Cinematic Universe had turned out differently?

This might be the biggest gamble and somehow the safest bet among the MCU Disney+ shows to date. In the adaptation of the classic Marvel Comics series, What If…? we see how the stories we know could have been different, if just one thing changed. The comics are beloved by fans, who will help promote it online through their fandom hype, but this is essentially a cartoon series. And I wonder how many of the die-hards who have only seen these stories on screen want to see an animated take. We’ll find out later this week.

In the setup of the show, we have Jeffrey Wright as Uatu, The Watcher, a character who observes the multitudinous variations on the MCU timeline or multiverse. The set-up of each episode might remind you of The Twilight Zone, where Uatu talks to the viewer by setting up what we know from one of the films and allowing us to see where a pivot begins to develop into something new.

I’ll be honest, from the previews of the show, What If…? didn’t look that interesting or impressive. At times the toon-shaded CG animation style can turn me off. Here, though, it works because it still has that Disney Animation level of quality—that doesn’t always end up on their TV stuff. What really sticks out is the characters look like the actors. Coming out of the gate, the first episode is centered around the Captain America: The First Avenger film. With most of the actors also reprising their roles, it is very easy to fall into the story. The expressions and design of the faces feel familiar. Yet it’s also different, since Marvel superheroes animated in the Disney feature style is something you’d only see on Tumblr fanart pages before now.

The look of the episodes is bright and more colorful than the films. Episodes 1–3 are all 30 minutes long and move at a quick pace, yet you don’t feel like anything is missing story-wise. Each one matches the look of the films they are referencing. However, the third episode is very S.H.I.E.L.D. focused and didn’t do much for me. So after the first two, featuring strong concepts of Peggy Carter (Hayley Atwell) getting powers and T’Challa (Chadwick Boseman) in space, we’ll see how each story does afterward.

Now, I know the Marvel Zombies are upcoming in the series and I wonder how that will go over when zombies are starting to lag since they’re so oversaturated (it’s time for the vampire to return!!). I think most will enjoy What If…? and it’s a great watch for a family that won’t bore anyone. Also, since the end of LOKI, for the folks who care, all these stories “count” as canon to the greater narrative of the MCU.

In the End: What If…? is a good start to what could be a strong set of animated series in the Disney+ Era of Marvel (something it’s been lacking).

What If…? debuts on Disney+ on Wednesday.