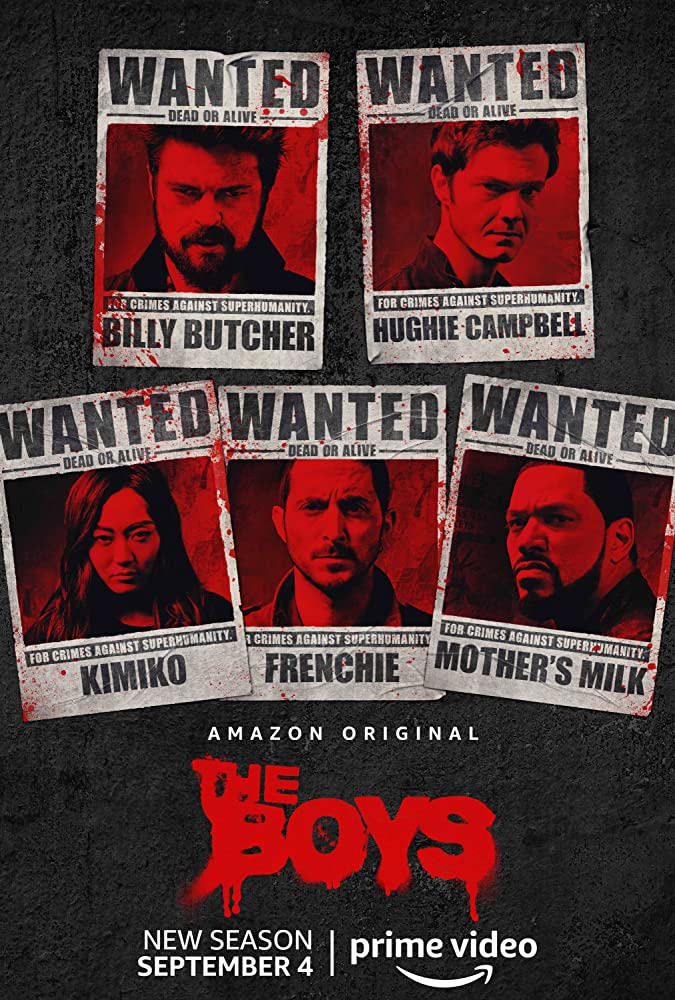 Superheroes are a pretty hot commodity these days. Since the Marvel Cinematic Universe set the world on its head with a shared reality and earned billions in the process, various other studios, networks, and streaming services have rushed to cash in. Although Hollywood does recognize the necessity of tweaking these superhero-style projects to establish something unique. It also helps to have comics to adapt. And that’s where The Boys comes in.

Based on the comic book series created by Garth Ennis and Darrick Robertson, the dark comedy-action-thriller is entering its second season* on Amazon Prime. A quick refresher: The Boys portrays the behavior of established heroes as often more closely in line with what one would expect from a villain. In this world, heroes are managed by a major superpower conglomerate Vought International, held up by a superteam known as The Seven led by Superman facsimile Homelander (Antony Starr). They are publicly revered…although these heroes have a dark underbelly. So an unsanctioned group led by Billy Butcher (Karl Urban) shoulders the task of opposing The Seven and Vought in an effort to expose the true nature of the so-called heroes. Season two builds on the events of the previous year. And it’s essentially more of the same. This was, ultimately, my issue with the comic book source material. The Boys is a one note story. There isn’t much beyond: The heroes aren’t heroic. The viewer is stuck with trying to determine how low the heroes can go. The producers are constantly seeking ways to shock the viewers.  Like the first season, S2 consists of only eight episodes. But this show risks leaving viewers shell shocked with the consistent barrage of reprobates.

Unlike some other projects that highlight valiant characters or even flawed heroes who aspire to valor, The Boys is mostly populated by those who are virtually irredeemable. And the few who don’t fit that description are painfully out of place. In some ways this show is a send-up of the prevailing cultural climate of corruption and egocentrism. But it seems unintentional. The Boys lacks the self awareness and discerning wit that would suggest satire. And by taking itself seriously, the series shows it has an excess of mean spiritedness, depravity, and graphic violence. Don’t strain yourself seeking any deeper meaning. There aren’t many positives to distinguish this show. The performances are usually strong. Actors like Giancarlo Esposito and Karl Urban are incapable of offering anything less. Although it is certainly a case of each actor making the most of what they have to work with. The effects are serviceable by today’s standards for craftsmanship. The music is…wait. Is there music? I guess.

In the End: If you liked S1, you’ll probably enjoy S2. If you haven’t seen The Boys at all you might as well skip it. You definitely have something better to do with your time.

* It is worthy of note that the show has already been renewed for a third season even before the debut of S2. I think that is due less to the relative popularity or quality of the show than the marketability of superhero projects today.