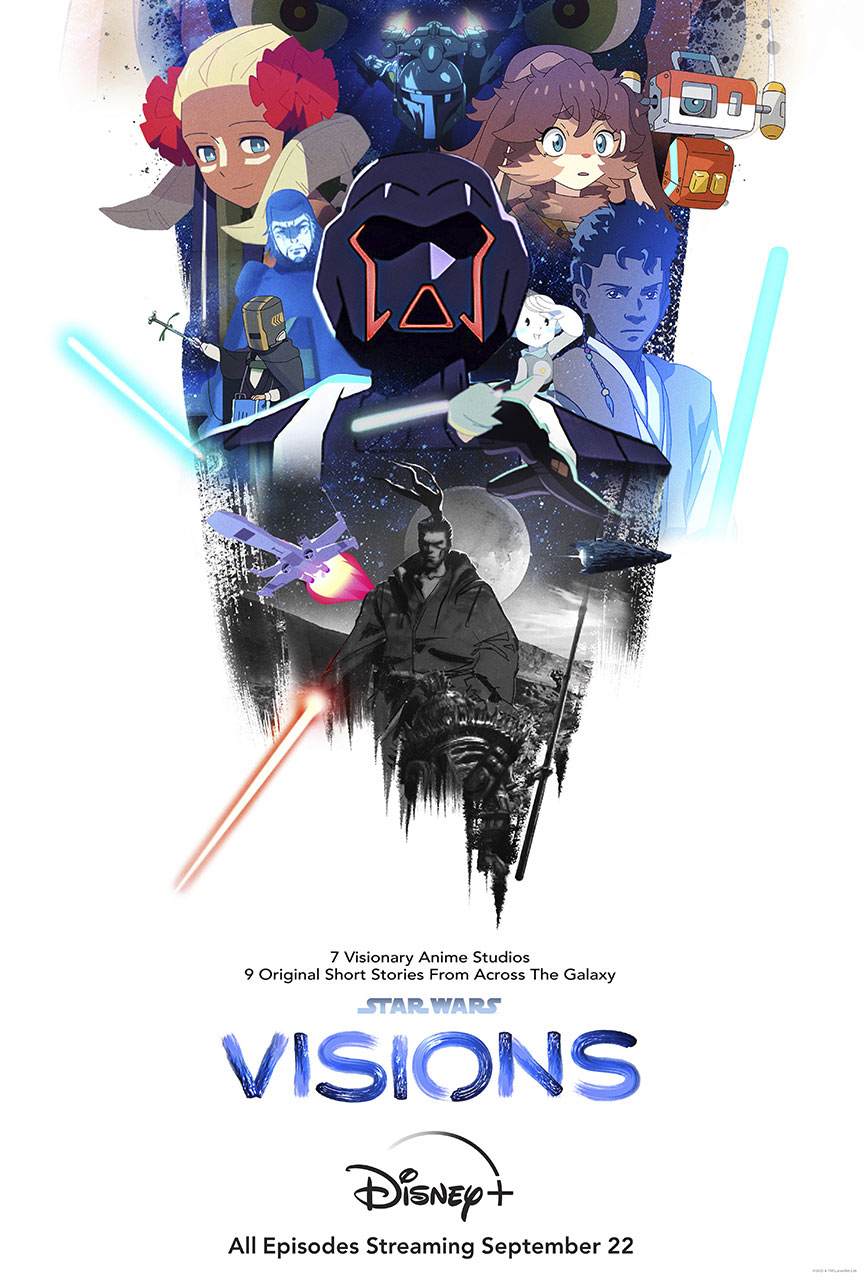 Star Wars should only be a cartoon. I say this so much that my friends say I sound like a recording. Like: yeah yeah, we know, whatever. But it’s true, as disappointing as the movies can be, the animated shows of the modern era are usually stellar overall. Those shows have been so strong they now carry over to the live action series (plural). Which brings us to this holy grail idea: Star Wars: Visions. It is well known that Japanese samurai films influenced Star Wars and the idea of the Jedi and Sith, the lightsaber, the robes, and so much more. Visions has always been something fans of both Star Wars and anime have wanted to see—Japan, the inspiring culture, remixing the remix of their cultural artform. For the longest time, the closest we’ve gotten are little clips here and there or the original trilogy’s manga adaptation. Now, in this Disney era, we have finally seen it: Anime Star Wars.

The anthology format of Star Wars: Visions is a bit more than what we’ve seen in The Animatrix or Batman: Gotham Knight, which were both inspired by the classic Robot Carnival. Each episode of Visions was done by a different animation studio—some of the top ones in Japan—so they feel like great standalone stories, each in a different style, varying in length from 12 minutes or so to almost half an hour. While they all have the elements of Star Wars the animation studios create episodes in their own ways, more in line with samurai and sci-fi anime tropes. Here you’ll see lightsabers look more like different types of sword, from the periods of Japan depicted. These are more than the cylindrical beams from the films and shows. We have full hilts and scabbards. We also have nods to classic-style anime stories and fun flips on the world.

All these characters and takes are mostly new. You’ll see a familiar style droid here and there and there are two real cameos, but these are mostly all new settings and worlds with characters who amaze with how quickly they bring you into the stories. You’ll feel fulfilled with each one. Some of these stories feel like they could be pilots for offshoot series. There are a few that I want to see more of the characters, for at least a miniseries, and there’s one or two that could get whole OVA films. Each short piece has a very distinct look and feel that matches each studio. You can see the joy and energy they put into each episode and into showing off what they can do with art that will impress the world.

I won’t say more about how great Star Wars: Visions is since I don’t like spoilers but, take this away, Star Wars: Visions is excellent and it’s something I hope Disney returns to in the future. This series is something I feel is needed in pop-culture (as capitalistic as it is) to tie this property back, in even a little way, to the cultural artform it essentially came from—even more influential than some Joseph Campbell theories.

In the End: Star Wars: Visions is an expansive and beautifully made series tying together the beauty of anime and the beloved world of Star Wars. A must for fans of both.