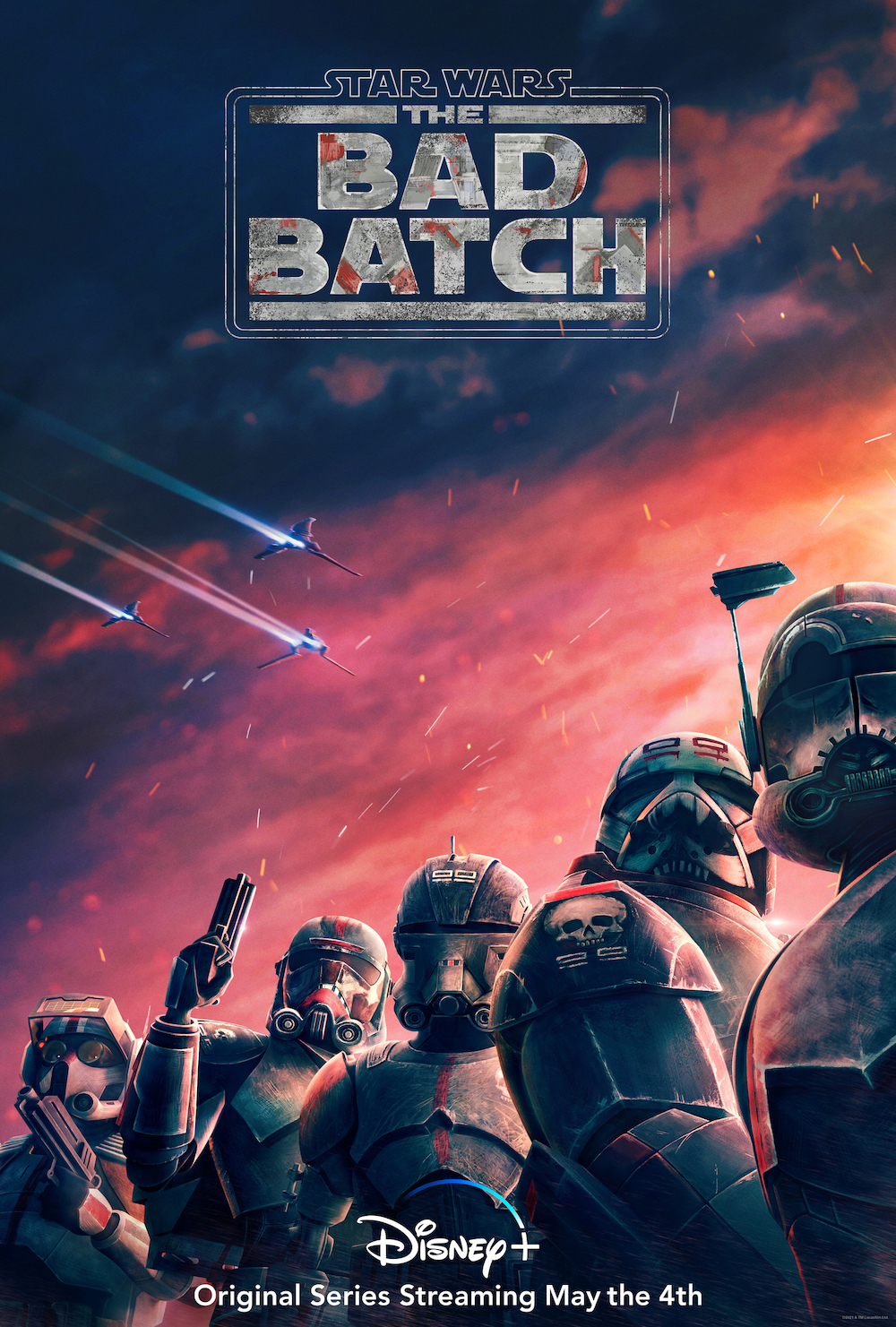 Basically: The unique clones from the end of the Clone Wars try to navigate the early days of the Empire.

My biggest soft spot in the modern Star Wars era is the Clones. I know people love the Jedi or the Sith. I know people care about the bounty hunters and now, of course, Mandalorians but the one group I care about most are the clone troopers. During all the prequels they never really gave these characters any shine or real development; you can say that the stormtroopers never got any either.

That all changed with the Clone Wars animated series. While much of that show explored the Jedi order and gave us a reason why Anakin fell, we also got to learn and love the many clone troopers (although even then they all looked the same). Last year, Clone Wars’ final season gave us a finished version of four episodes introducing a group of clones that were literally made different from the others. Clone Force 99, also known as the Bad Batch, reminds me of: the cast of Full Metal Jacket, 80’s action stars, and even FPS game archetypes all together. That’s where the new series The Bad Batch comes in.

The look and design of The Bad Batch is very much in line with Clone Wars—after 13 years of episodes in this storyline, the new series just feels right. Although there is a different texture on the characters’ faces in The Bad Batch that difference adds to the grimy and gruff nature of the group. The pilot starts with a nice Easter egg for those who know the timeline, which gets you right into the action. For those who don’t know the timeline and want a true introduction to these characters, the pilot kind of gets there but it really depends on whether you can easily watch the four-episode introductory chapter at the end of the Clone Wars series.

In fact, the story acts like you remember the characters’ names and personalities. Hunter, the Rambo-esque-looking leader is questioning everything as Order 66 spreads across the battlefield. His team is trying to find their place not only as outcasts but also to ensure they don’t fall to the mind control of the Emperor. Along the way they meet a mysterious young girl named Omega who brings up more questions for the group. The Bad Batch deals with something in Star Wars we haven’t seen yet in the post-Disney-owned codified canon: The very beginning of the Empire.

These first episodes don’t give you a lot but they do a great job setting up some interesting dynamics that I think many Star Wars fans might have wondered about: What happened to the clones? How come the clone troopers were so badass but the stormtroopers can’t hit the broad side of a barn? So far I think the second question is going to be a part of this story as we see Hunter, Wrecker, Tech, Echo, and Crosshair find their place in this world while seeking out other clones that might have also escaped the Order 66 programming. So far The Bad Batch is a good start to an interesting place in Star Wars lore.

In the End: The Bad Batch feels familiar but also starts a new journey with new characters in a cool setting. I can’t wait to see what happens with this group in the Empire.