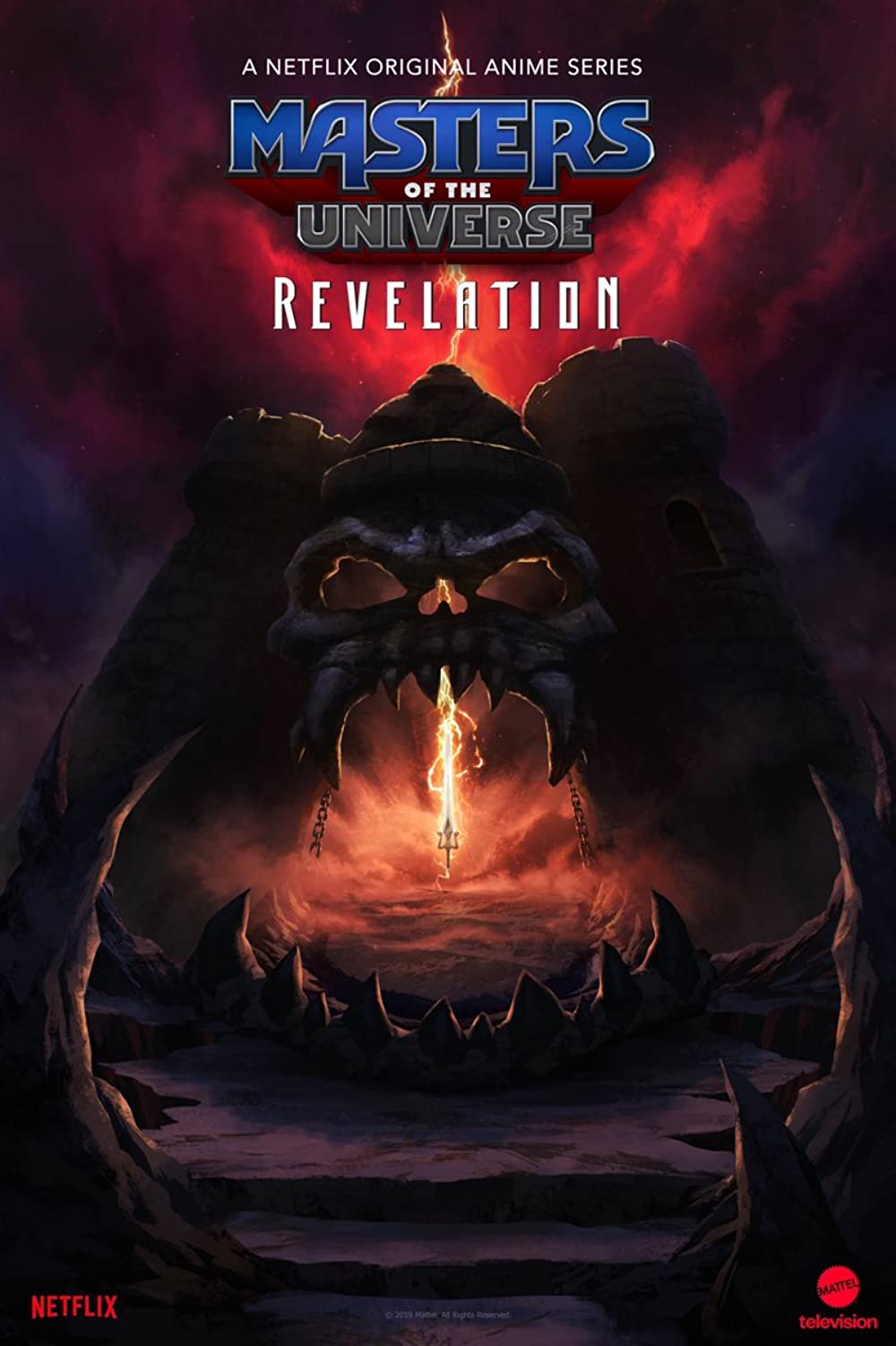 Masters of the Universe: Revelation

Basically: By the Power Grayskull, there is a new He-Man in town!

“I am Adam, Prince of Eternia, Defender of the secrets of Castle Grayskull. This is Cringer, my fearless friend. Fabulous secret powers were revealed to me the day I held aloft my magic sword and said, ‘By the power of Grayskull, I have the power!’”

In some form or another this phrase found its way into the hearts and minds of kids in the 1980s. It launched He-Man and the Masters of the Universe, a series which originally ran from 1983–1985. On Eternia, a world of magic, myth, and fantasy, He-Man defends his home from the evil forces of Skeletor, a dark sorcerer whose goal is to conquer the mysterious fortress of Castle Grayskull (from which He-Man draws his powers). If the Castle Grayskull should fall, so goes Eternia and the very universe itself.

In the year of our sorceress, two-thousand and twenty-one, Netflix has launched a sequel to the 1980s series—Master of The Universe: Revelation—hoping to grab the hearts and minds of those aforementioned 80s kids (mostly boys) who are now grown-up and thirsty to recapture a youth of swords and magic. If I was a petty man, I would say something like the foundation of the MoTU’s very existence is thanks to the imaginations of Gary Gygax and Dave Arneson, creators of Dungeons & Dragons, along with Robert E. Howard, creator of Conan, but I am better than that so I shall continue…

Brought in to helm this juggernaut is Kevin Smith, filmmaker, actor, comedian, comic book writer, author, and confirmed geek. However, Dear Reader, you may be asking yourself:

What can the legendary geek and professional trench coat aficionado, Mr. Smith, do for this franchise?

Well, thank you for asking!

It has been 25 years since the original series ended (for us) and, in that time, He-Man still continues his battle with Skeletor and the vile denizens of Snake Mountain for control of Grayskull. Opening on a ferocious final battle that breaks Eternia, it’s up to Teela (Sarah Michelle Gellar) to solve the mystery of the missing Sword of Power in a race against time to prevent the end of the Universe! What mysteries and secrets (dark or otherwise) will she find? Kevin Smith—with the power of Mattel Television, Powerhouse Animation Studios, and Netflix—plans to show us.

I’m not gonna fib, when this series was announced I was not excited. Despite calling itself a sequel I was expecting the show to keep to the same themes and tropes that made it successful in the 80s and one of the best-selling toy franchises of its time. With that said, when I previewed the series I was not disappointed. Despite impressive work by Powerhouse, the series remains the same. It surrenders itself to all the boring tropes of heroic men and sultry ladies of boom and doom. While in the 80s, this was fun, and dare I say lauded, I really was hoping for a story that was more substantive. It has been 25 years and they are still fighting (from a storytelling standpoint) the same old fight with the same old He-Man. You would think the idea of maybe quitting would have struck someone as an option. The story of saving Eternia from the fallout of the final battle is an impressive attempt to add some structure to the MoTU universe but the stories feel more like a series of RPG (role player games) campaigns than a plot driven adventure. One of the classic tropes Smith relies on is that of the broken magical world in the midst of dystopian decline, where its savior is a once-great warrior, who has lost all hope and turns to a life of morally-ambiguous mercenary work to hide their pain. Smith works to unbox Teela, who in the original series, as the daughter of Man-At Arms, is a rather ineffectual captain of the Eternian Guard, but now her role in the new series as captain has been given proper gravitas. It’s a not-too-subtle upgrade as Smith strives to make Teela an actual character with agency. This effort also goes toward the other two prominent women characters from the 80s version, The Sorceress (Susan Eisenberg) and Evil-Lyn (Lena Headey). However, the development is clumsy and at times a bit sophomoric. Character evolution and rationality give way to “when do we get to the next fight.” Frankly this feels less like a sequel and more a reboot/reimagining of the series.

Still, if you are a fan and want a dystopian fantasy story with a liberal dose of human growth hormone heroes, who fight strange impossible creatures, alongside irrationally placed technology and mech, then Masters of the Universe: Revelations will not disappoint.

In the End: Nostalgia is not enough to make this “sequel” as fun as it should be but it won’t disappoint die-hard fans of the original series.

Stream Masters of the Universe: Revelation on Netflix on July 23.