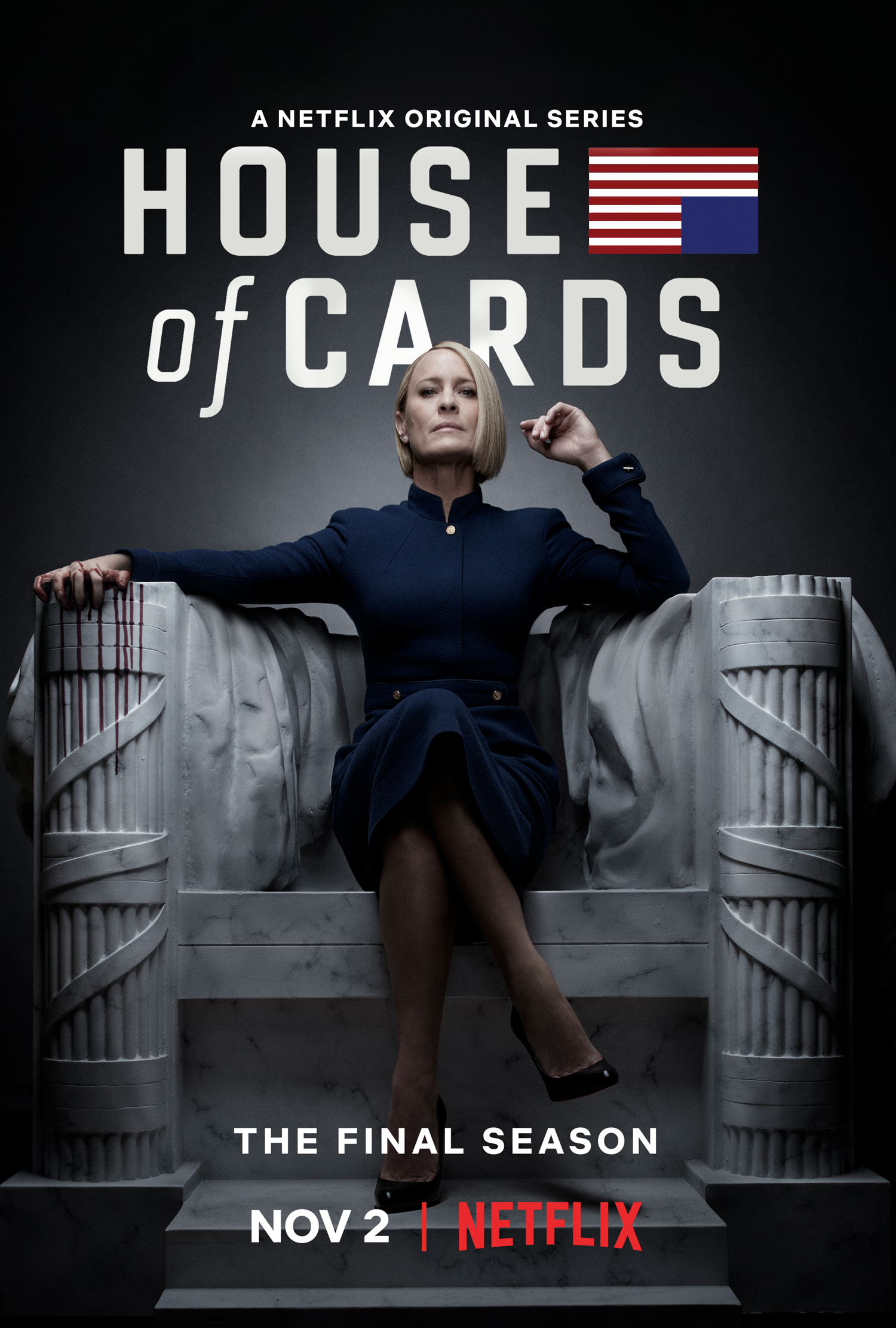 House of Cards season 6 opens with a list of threats against the new Madam President (Robin Wright). The words, though they’re read dispassionately, cut deep and will resonate with anyone paying attention to the real world news. Say what you will about this show, House of Cards never lost its razor-sharp parallel to the politics of today and each storyline cuts more than ever before. Sometimes it feels like the White House’s everyday drama cannot be beaten but this season manages to shock in different ways. You fear the things each character is capable of doing to their colleagues (which goes way beyond firing via Twitter) and the politics often take a backseat. In fact the political dealings are the least engaging parts…but the series was never really about that, was it? 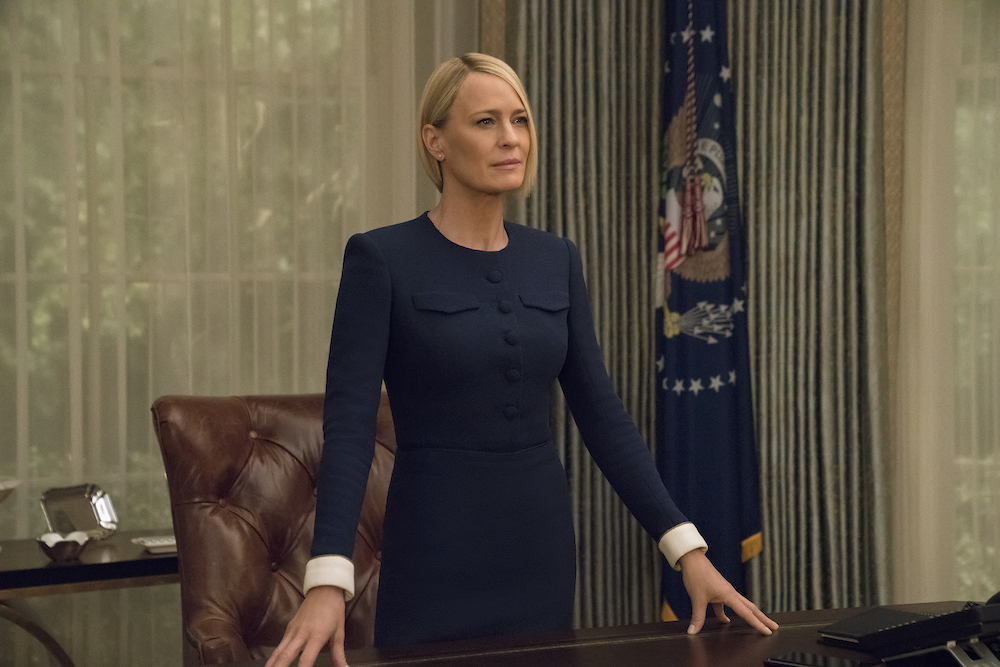 Claire was always the most fascinating character and her transition to President and widow is done well, dismissing Francis, and in turn Kevin Spacey, decisively. Although his ghost does haunt the storylines—when Claire keeps hearing two knocks on the wall in the White House, the same patten Francis used to make with his insignia ring, it is chilling—but her actions are what will enthral you. In many ways Claire is more ruthless yet she’s able to get you onto her side—Robin Wright is in her element, tricking you with a soft quality that hides an underlayer of steel. We’re still in awe after all this time.

Season 6 also brings in a plethora of storylines to hold your attention and feels like a return to the stellar form of the first few seasons. Even though this is a short run, with Frank’s all-consuming pull out of the way, there is more room to explore the sheer number of secrets entangled in the Underwood legacy. You won’t be able to tear your eyes from the screen, especially while watching Claire’s interactions with Catherine Durant (Jayne Atkinson) and Jane Davis (Patricia Clarkson). The women of the show move pieces on a chessboard and nobody comes out without sacrificing parts of themselves. 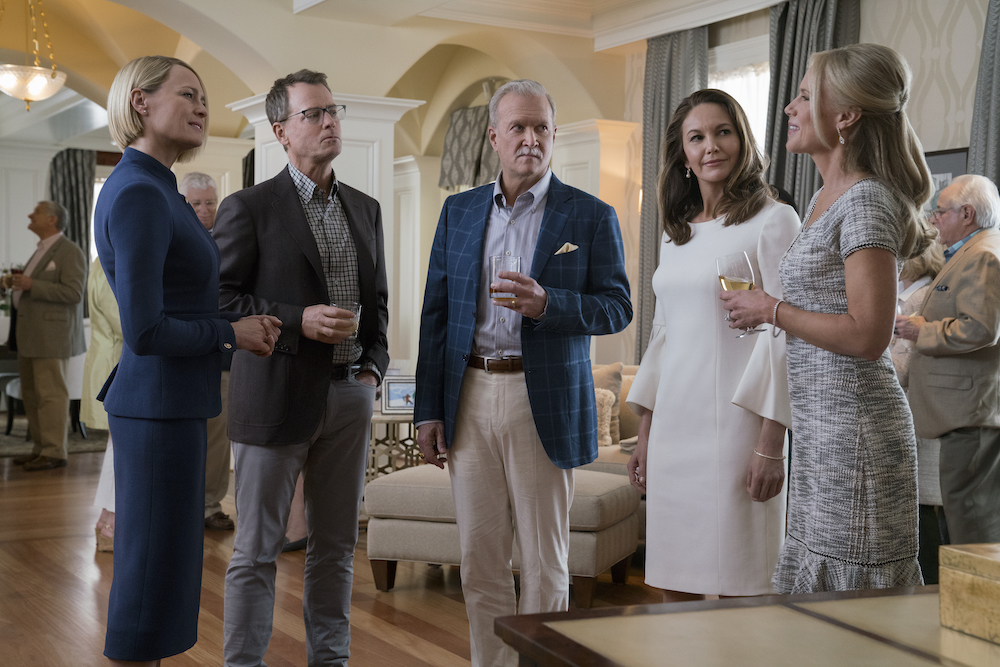 The new sibling industrial billionaires Bill and Annette Shephard (Greg Kinnear, Diane Lane) are intimidating, and help to heighten tensions, although they feel out of place in a season very much dedicated to the players Frank set up on his way out. Doug’s (Michael Kelly) redemption arc has been a slow burn but you’ll finally feel the fire of how far he’s fallen; his realizations with multiple truths are difficult to take. Each mystery has a body count to bring the show full circle while also exploring some constitutional wish fulfillment to please both die-hard fans and those who are ready for a change.

“You have run out of options, Madam President,” Claire is told after a particularly harrowing and time-sensitive discovery, to which she replies, “I understand.” There is nowhere left to go but our characters are at their best when backed into a corner.

In the End: House of Cards may be bowing out but it’s not going without a standing ovation.

The final season of House of Cards debuts this Friday on Netflix.