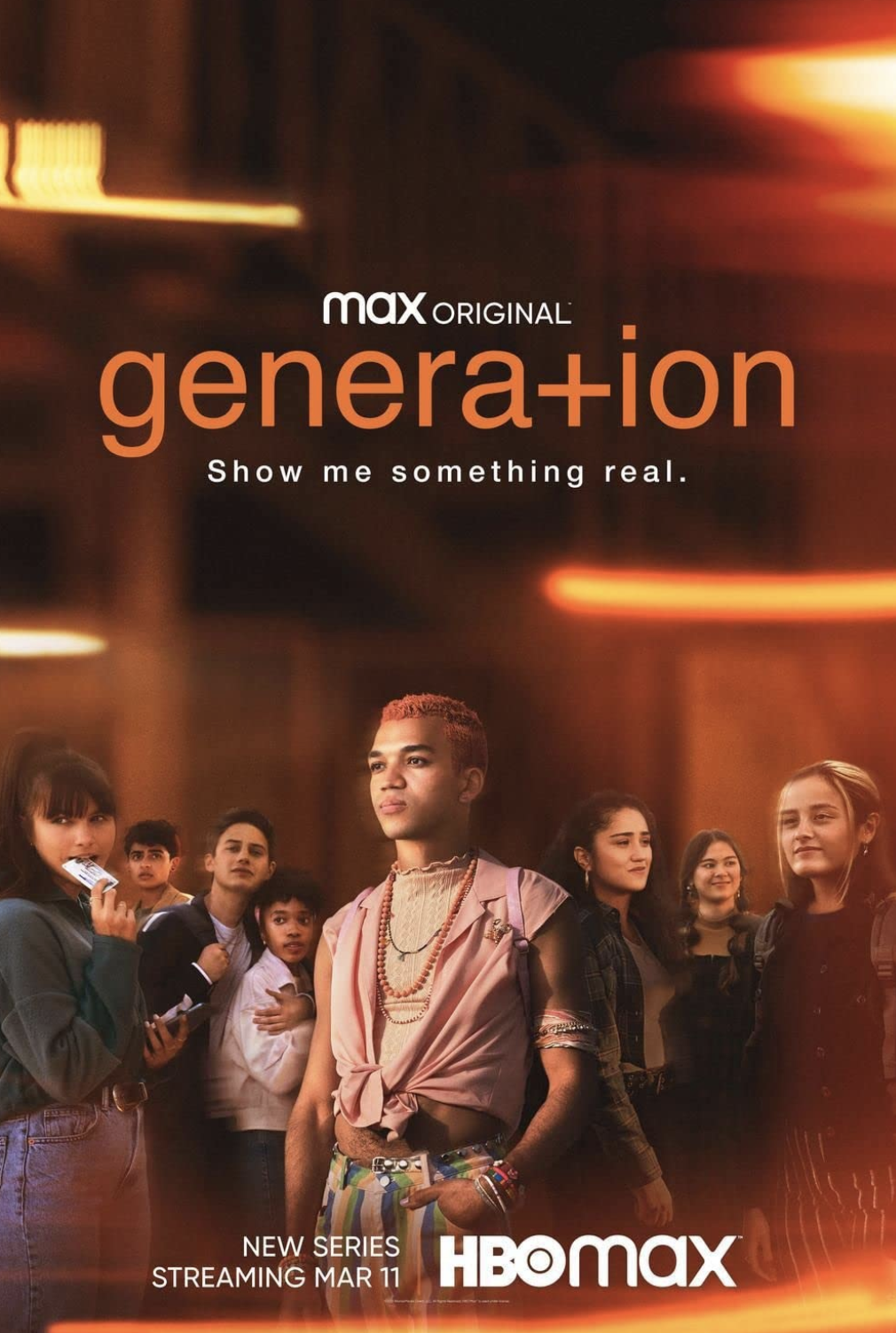 I’m a mark for this type of show. Let me explain. You have teens going through their general angsty lives, then you put them in an interesting setting, the Los Angeles area. You shoot it in a “cool” and “hip” style and then cultivate a nice soundtrack, jams that really connect to the characters’ feelings. On top of all that you make it about a group OTHER than “rich white kids” without othering them.

DING DING DING! You got me. Here on Genera+ion, this new series on HBO Max, we have what feels like a nice mix of the things you like from a show like Euphoria and CW/Freeform type shows. While it doesn’t go as far as Euphoria, it’s different enough to set it apart. We follow a group of LGBTQIA+ kids at high school, usually leading off with Chester (Justice Smith). Smith really gets to let go with his performance of the super extroverted, out and proud gay kid, who’s also a star water polo athlete. A lot of the action of the pilot and second episode have him as the center of the universe of this band of kids. Smith seems to be having so much fun in this role, it’s the freest I’ve ever seen him on screen and he has even more charisma here than he did on, the sadly short-lived, The Get Down.

Now, for me, the other really interesting character is Greta (Haley Sanchez), who’s this shy girl with an unrequited crush on cool girl Riley (Chase Sui Wonders). Sanchez’s Greta is the opposite of Smith’s Chester—quiet, longing, and in the background. She’s not really hiding but she’s not that forthright either. Sanchez has one of the best puppy dog longing faces I’ve seen in ages.

The other teens are messy but add enough drama to always keep it interesting and, in the first four episodes, the adults take up the right amount of focus yet might leave you confused because these kids are very, very free. I’ll keep it a buck with you readers, this isn’t a show for everyone. Not everyone is into teen dramas but I feel this one is interesting enough and is “now” enough to hold many people’s interests. The time-jumping, when Genera+ion switches characters, can be jarring for some but it’s not that wild that you’ll be lost.

That’s about as far as I’ll go, spoilers ain’t really my bag. Interesting things start to happen to the characters and it all starts coming together in episode 4, which builds a good hook for how the season will end. I hope you’ll check Genera+ion out so it can continue because we need to see more of these characters.

In the End: Genera+ion is a refreshing new teen drama that takes a different angle on the genre by switching the focus on who the show is about.