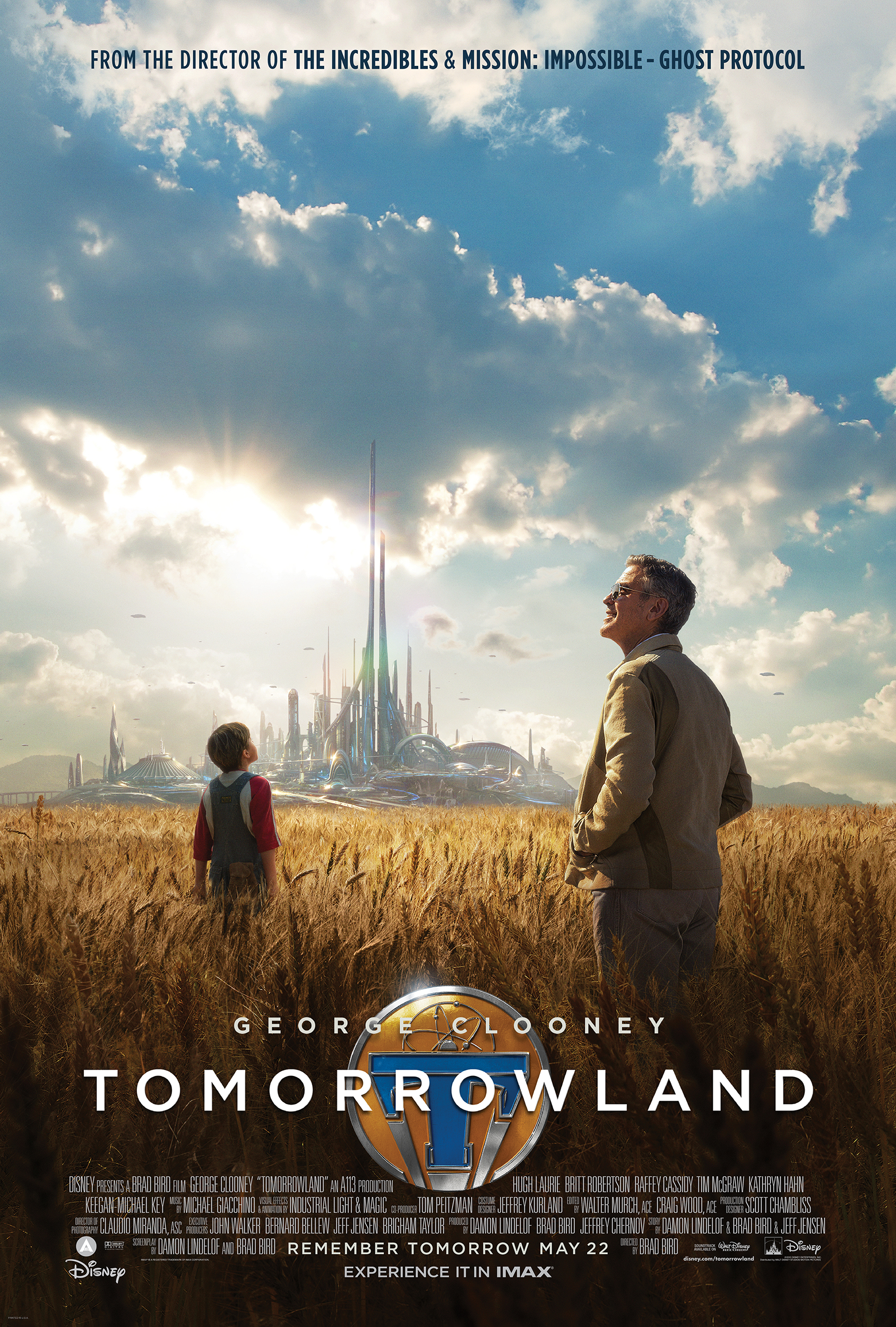 I had high hopes for this movie. Tomorrowland is an alternate dimension where the most creative and intelligent minds – starting with Thomas Edison and Nikola Tesla – could invent without political pressures. After learning that Earth’s apocalypse is coming, a child robot named Athena (Raffey Cassidy) brings Frank Walker (George Clooney) and Casey Newton (Britt Robertson) to Tomorrowland to try and stop it.

My first major problem with this movie strikes when Newton begins asking questions about the apocalypse and Tomorrowland. Walker continually dismisses her questions as childish and unnecessary, telling her that all she has to do is “admire” and “believe.” Leading up to this, Newton spent the majority of her education hearing about how humans are destroying the Earth, only to be shut down whenever she offers a solution. Despite this, Newton figures out that the world’s impending doom is merely a self-fulfilling prophecy, and the way to save the world is to stop the apocalyptic messages being sent to Earth. The trio brings this revelation to Governor Nix (Hugh Laurie), and Walker begins regurgitating Newton’s ideas to Nix as she continually tries to interject.

As if I was not already offended by the blatant sexism throughout this film, Tomorrowland ended with a bang of racism. Disney has been criticized for white-washing its casts, so of course I noticed that the only non-white person in the movie that didn’t turn out to be a hologram was a store clerk with about five minutes of screen time. In those minutes, this man was made to be a villain, exposed as a robot, and blown up. Then, about 90 seconds before the ending credits, there was a series of short clips of all the people being invited to Walker and Newton’s Tomorrowland. It was a diverse group, but everyone was doing things or dressed in attire stereotypical of their race. A cast isn’t like your Sunday night pasta sauce—you can’t just realize it’s actually quite bland and add a dash of every spice you can think of and call it well-seasoned.

Social issues aside, I was disappointed that this movie had developed some interesting concepts that were never explored. There was never a solution offered to prevent future destruction of Earth, and I would have liked to have seen more of Tomorrowland in the film, considering its title. The characters spend no more than 30 minutes of screen time in the actual Tomorrowland, and most of that is just admiring the skyline, or exploring what turns out to be a hologram. The only human that lives in Tomorrowland that we meet is Nix; everyone else is either a robot or has been exiled.

The older I get the more I understand the criticism of Disney’s depiction of social and political topics like gender, race, and government. Considering the malleability of the target audience of Disney’s entire franchise, the handling of these topics is exponentially more important than the quality of writing, acting, or directing could ever be, and to think that this movie could help mold the minds of children is frightening.