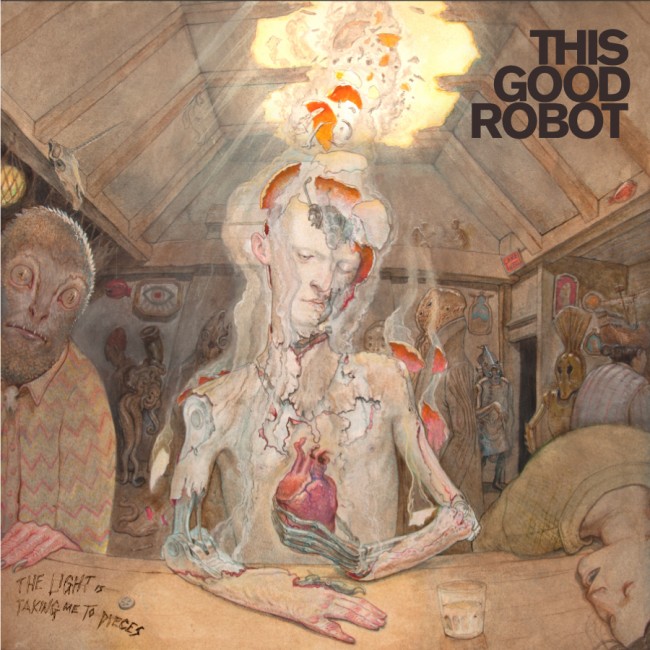 Self described as a science fiction/indie rock band, Long Island’s This Good Robot are making a statement through both their sound and their presence. The latest material to find its way to “the shelves” from the act is The Light Is Taking Me To Pieces, slated for release on April 10th.

The album comes at you with something to prove, and one of the songs that helps it in its quest is “The Human I Am.” A standout track of the highest regard, the contemporary pop influence is overwhelming – imagine what you might find on a John Mayer or Ed Sheeran album, then throw in hints of a pop punk/alt rock edge. A sweet piano and slowed down beat throw it fully into slow song territory, before slowly picking back up and sweeping you off into a guitar solo that channels the 80s. A singalong brings you into the end of the song, which showcases a much fuller, louder version of the earlier minutes of the track. Altogether, removing a couple transitions might have been beneficial, but damn, does it keep you on your toes.

“Progress” starts out feeling very alt-rock, with a heavy 90s influence overshadowing it. A lighter guitar and gradual tempo bring you into the addicting hook found in the “wa-oh-ohs”, and moments later you’re thrown into a sunny chorus that hits an indie stride. A few notes later, you’ll find a little more of that rock edge that is the band’s signature sound, and a prominent drum beat.

Being introduced to the strongest song the collection has to offer, “Let’s Find Some Meaning,” is like being introduced to a new friend. It displays their similarities to symphonic rock band Set It Off like a hard earned medal. The instrumental assault leaves enough room to let their greatest asset, vocalist Michael Ragosta, shine, while portraying an important message of letting change happen, and giving up on caring about the opinions of other people.

A lot of ideas were thrown into The Light Is Taking Me To Pieces. Would it have been beneficial if some of them were left for future releases? Probably. But there’s a punk rock essence wrapped into the sound overload, which feels like absolute freedom in its many twists and turns. This Good Robot has a hell of a lot of promise, and seeing where they go from here will be nothing short of exhilarating.

Buy It, stream it, or skip it: Stream it, and never miss a beat