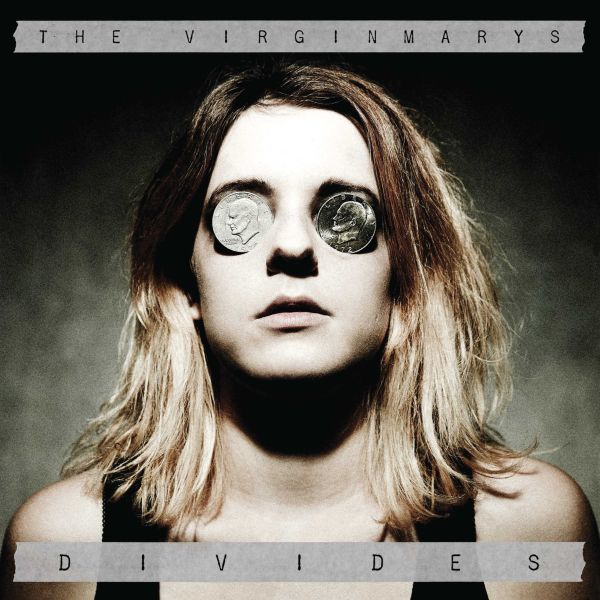 It’s been three years since England based rock band The Virginmarys released their first full length album King of Conflict; and now they’re finally back with Divides, which features twelve tracks of straight up rock-n-roll fueled by heavy guitar, drums, and bass.

The tracks are dynamic, and never get boring. Songs like “For You My Love” transition between quicker and slower tempos, keeping the listener on their toes the whole time. Songs like “I Wanna Take You Home” tilt toward the heavier side of the scale with screaming vocals that are not as present in the rest of the album. Ally Dickaty’s husky vocals remain a constant throughout every song otherwise, and Danny Dolan drums at nothing less than an impressive pace. While Dickaty’s vocals weave a common thread throughout the album, they can start to blur together if you’re not paying particularly close attention. Overall it is very reminiscent of mid 2000s rock bands like Foo Fighters, and is worth banging your head to.

One of the album’s singles, “Motherless Land”, and has a similar sound to U2’s album Joshua Tree. It has a strong build up to a chorus that begs you to sing along, and the track features a solid guitar solo about two-thirds of the way through. “Moths to a Flame” however, almost feels like it could be on a different record entirely–more lighter-wavy vibe than head-bangy. The final track, “Living in My Peace” also stands out from the rest of the tracks; it starts out acoustically but eventually comes into itself when the full band joins in and catches back up with the pace of the rest of the album. It grabs your attention right off the bat with its drastically different beginning, but ultimately serves as a great way to wrap up the album as it finishes off strong and loud with a sound that gives you a sense of finality.

Buy it, Stream it, or Skip it?: Stream it. A great album, but took a couple listens to really get into. It’s a lot of rock to take in all at once, but after a few listens you’ll be banging your head along to every track.