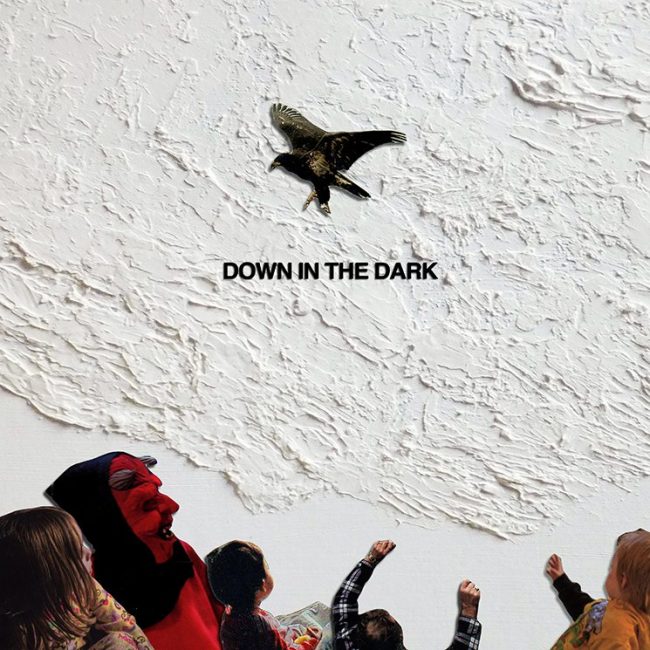 Down In The Dark

“Let down your hair, it’s only rain”

In 2006, an album was released with artwork that put a child next to devil-like characters, almost as a warning that the music you were about to experience was as bone-chilling and provocative as the visual. The Devil and God Are Raging Inside Me by Brand New has stood alone, unparalleled by any album in depth and sound, but today it is joined by Down In The Dark by Safe To Say. I am apprehensive to ever compare art to other art, as each is from different people, but these albums both seem to be inspired by the same place of darkness that manifests into unforgettable music. With an album this remarkable, we had to ask the band some questions on what it took to make it from start to finish.

“Before Warped Tour we spent about 3 full months working, writing, recording, and mixing the record completely ourselves,” says guitarists and recorder Cory. “I think we originally planned to have two weeks to do the whole thing and I knew that wasn’t going to happen. So I planned to spend a month in Ottawa at Cory’s place recording with the band, I told my girlfriend and family, but that month turned into two then three. I slept on Cory’s couch for 90 days straight and everyone was like ‘when the hell are you coming home’. But SideOneDummy understood we just wanted to get it right,” says lead vocalist and guitarist Brad Garcia, and now all that hard work and time has paid off.

“Before Warped Tour we spent about 3 full months working, writing, recording, and mixing the record completely ourselves.”

Down In The Dark is a sonically atmospheric record; at times the instruments are emotions, the guitar as pain and anger, the bass as loss. “Only Rain” fervently opens up with a grunginess in sound that doesn’t relent until later tracks: “Dove” acts as a whimsical transition into nostalgia-ridden “Tangerine”. Each song on the album has an unpredictable drive but what remains consistent is its shadowy mood, brash instrumentals, and the blunt and metaphoric double-edged sword of the songwriting. “Slip” effortlessly encompasses all of the bands’ strengths in almost seven minutes of a soft/loud juxtaposition that will leave the hair on your arms standing up. Brad’s vocals are either melodic or raw but always convey the passion behind the lyrics whether he’s whispering or screaming. Even when vocals drop out, every instrument jumps in to carry the message while holding their own—particularly the backboned drums.

The album begins its descent with “Hiraeth”, a Welsh word which means a deep wishful sense of longing for home; a home that is no longer or perhaps never was. The track is vulnerable and quiet, so different than the rest that it starts off with the sound of a door closing, almost to let the listeners know we are entering a moment that is isolated and special. Down In The Dark ends with the distinctive “In A Room”, which makes the entire piece feel like you’ve truly come to the end of a story that is up to you to interpret. “Growing means forgives so I’ll try to make amends /  All off that gets easier when you learn that nothing really…” ends the masterpiece.

Down In The Dark offers so much musically you’re bound to find a new song to find solace in whether you like punk, emo, alt rock, or even a cappella. It demands to be played loud and not just listened to but truly heard. Safe To Say may have taken inspiration from others, but their sound is truly unique and ever-changing in a way that is exciting not exhausting. This is a band and an album that not only challenge themselves but also the listener. So get down in the dark when you’re ready but come back up with a new appreciation of light.

Buy it, Stream it, or Skip it: Buy It; it’s not a sound for everyone right away, but this is the perfect album to blast when you’re in a funk.