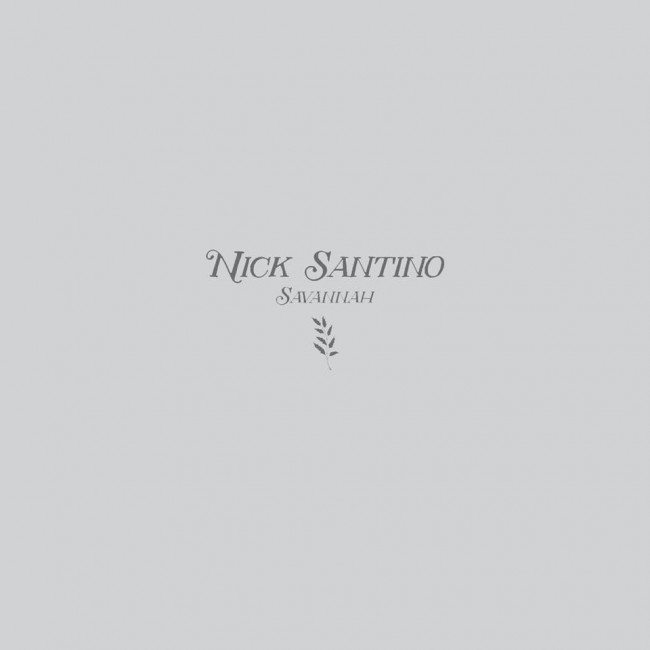 “There’s a ghost in this house and she watches me sleep.”

Since disbanding A Rocket To The Moon last year, Nick Santino has been one busy guy. His first solo full-length, Big Skies, dropped this May; before that, there were two EPs in 2013 (Going Home and The Ones You Meet Along The Way). Plus he’s constantly been on tour–often with The Maine, though he also played the entire Warped Tour and recently ended a North American acoustic tour. And somehow, in between all of this, he managed to carve out enough time to write and record the six track long Savannah.

It’s obvious from the first listen that a lot of this record will be a love story. But will it be happy or sad? The chorus of the opening track, “Rio”, seems to indicate it’s going to be a happy one. It tells of a couple that hangs out together, frequently heading out to Mexico. What girl (or guy, for that matter) doesn’t want their significant other crooning, “I’ll buy us some plane tickets out of here…all your worries, they’ll take me away”? It’s a lovely sentiment, the idea of escaping together, especially set against the simple, soothing instrumentation which perfectly compliments Santino’s soft voice.

Then the relationship takes a turn for the worse. “How To Live With a Ghost” is a song that, if sung by a metal band, would sound terrifying. But pay close attention and you’ll hear how heart-wrenching it actually is. What does he mean when he sings, “Someday she’ll be gone and maybe I’ll rest all alone in my bed till I miss her to death”? Is he talking about a real ghost or something figurative? Is she a real woman or a dream lost in the past? It’s a song that can be taken literally or metaphorically and it makes the lyrics even more beautiful. Listen to this and the previous track, “I Just Wanted You To Know” long enough and you’ll find yourself crying into your drink, wishing you could reach through the speakers to give Santino a hug.

Love and relationships take a back seat to nostalgia in the penultimate track “That Old Corolla” with Santino lamenting how carefree his younger days were and how most people seem to want to cling to their childhoods for as long as possible, rather than officially become adults. He neatly sums up the way most of our current generation feels: “If only then we knew the truth, that when we get old it gets hard, I think we’d stay forever young”.

Savannah is a natural progression from Big Skies: acoustic and simple, with that same Americana blues feel that was introduced on the previous EPs while still maintaining a hint of the pop rock-meets-country vibe that was present on every A Rocket To The Moon release. This EP is intimate, like he’s singing to you and you alone; you can picture him sitting on a stool in an old-fashioned bar, talking you through your problems in between strumming the guitar balanced on his knees. And as always, Santino excels at lyrics; he’s a brilliant storyteller, eliciting feelings you didn’t even know you could have for someone you’ve never met.

Buy It/Stream It/Skip It: Buy it, for when your heart is breaking and you need to know someone else has felt the same way.