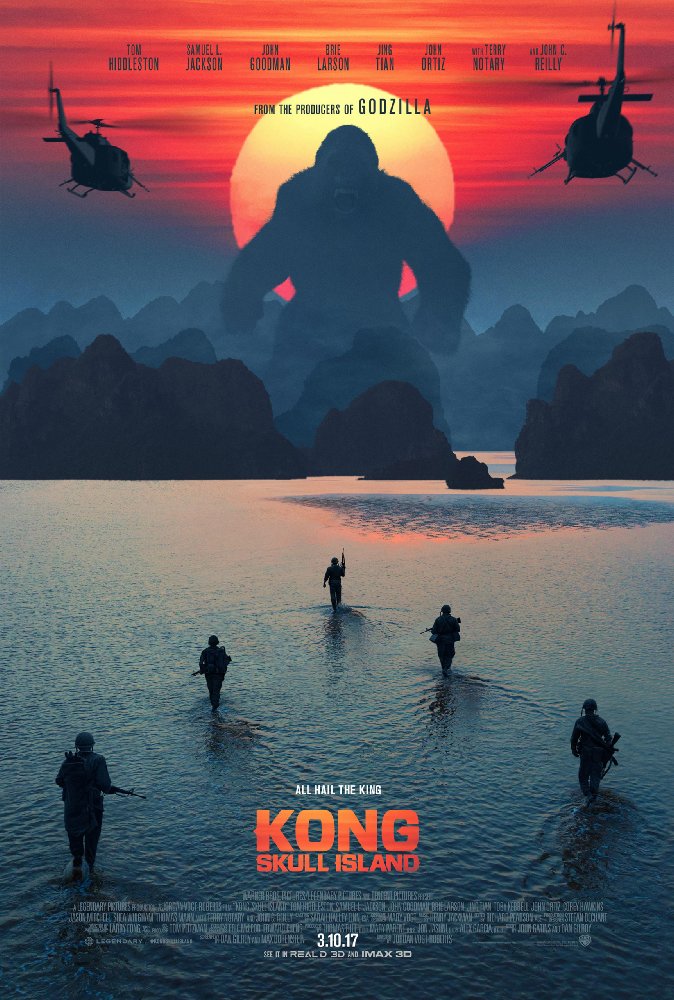 Basically: In a movie built around twin cinematic icons—King Kong and Apocalypse Now!—Kong: Skull Island is an engaging, provocative entry into the “big monsters” movie franchise being developed by Warner Bros.

The year is 1973. America is leaving Vietnam, taking with it Bill Randa’s only chance to explore a fabulous lost island. Randa (played by John Goodman) believes there are monsters out there—and humanity needs to find them before they find us. With help from his aide Houston Brooks (Corey Hawkins) and Col. Packard (Samuel L. Jackson), the leader of a helicopter command about to be decommissioned, Randa takes a group of scientists and soldiers to Skull Island…but not before he brings in tracker James Conrad (Tom Hiddleston) and photojournalist Mason Weaver (Brie Larson) to round out the team. What they find is a savage land of terrible beauty and horrific creatures, dominated by the hundred-foot tall simian Kong…and he does not like intruders.

Smashed, scattered and separated, the remnants of the expedition must make their way to an extraction point if they want to be rescued. All seems lost, but then they discover an improbable guide—Lt. Hank Marlow (John C. Reilly)—who’s been on the island maybe a little too long, along with an island community that Kong protects from some truly hideous things.

With dynamite performances, a strong script, several surprising links to 2014’s Godzilla, and echoes of movies like Moby Dick and Aliens, Kong: Skull Island delivers thrills and plenty of fodder for discussion afterward.