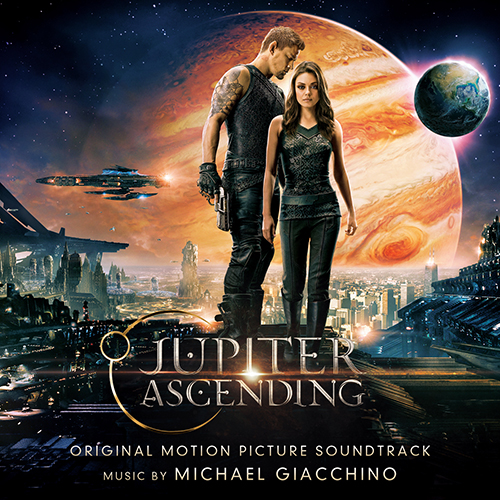 You’re probably here to read a review eviscerating the Wachowskis and their latest debacle in cinema. But much like Andy and Lana Wachowski, I lead with my heart, and this is worth something no matter how bad it gets. Though I’m honest, too: it gets pretty bad.

The movie opens with the birth of the titular Jupiter Jones, a woman (Mila Kunis) born at a particular and peculiar time astrology-wise and is thus fated for great things. However, she ends up in Chicago cleaning rich people’s toilets (toilets that probably look a lot like Mila Kunis’). Everything seems begrudgingly uneventful to her as she wakes up every day saying “I hate my life,” but then we are flashed to a world away, to meet some characters that are supposed to develop the story but really just end up confounding it. Editing, unfortunately, is one of the weakest parts of Jupiter. From what I could gather, there are three siblings of a universal dynasty and they’re kind of like galaxy industrialists? They harvest planets? And there are bounty hunters who look straight out of the #steampunk tag on tumblr and they’ve been hired to track down Jupiter Jones! She is special and reincarnated from someone special I guess! And don’t forget: Channing Tatum! He’s named Caine, a certain species of human-wolf hybrid that flies and kicks ass with sweet gravity rollerskates…!

Stick with me! — is what I imagine the Wachowskis say a lot in pitch meetings.

And yet, no matter how indecipherable their plots are, they know how to direct some cool-ass action. We all fell for their innovative shooting style in The Matrix, with those sequences that made our jaws drop. They can still do that, and Jupiter provides a fun ride. Hollywood gives them the big bucks, and I hope it continues despite their recent track record, because I’d take a Cloud Atlas or Jupiter Ascending over another Transformers any day. Here’s a film that is not only visually entertaining and imaginative, but also gives its female characters (plural!) agency rather than cutoff denim shorts.

Since this is a Wachowski joint, there will be LOVE. Yes, Kunis and Tatum are very pretty people, but you can tell they are really trying. After Jupiter makes an advance on Caine, he’s like, “I’m basically a dog to your kind” and Jupiter says, “I love dogs.” Sure, we have all loved dogs, but there’s no chemistry to make that scene work. Jupiter Ascending may not be as sophisticated or embraced as that other recent sci-fi movie with love and human survival at its heart (Interstellar), but I’m glad the Wachowskis continue to create their weird and extravagant spectacles.

Theater, rental, or pass: Based solely on how cool the special effects are, I make the bold choice of theater. Plus, support the wild creatives. They make the world more fun.