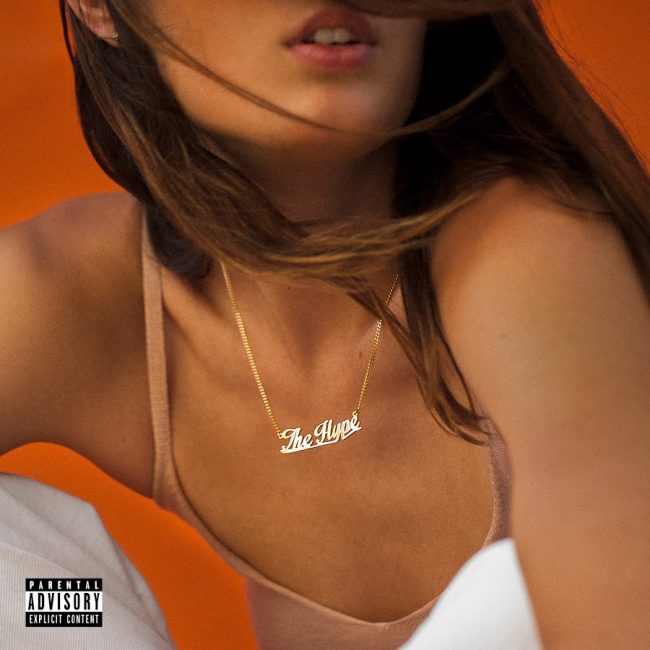 Hype is a blessing and a curse for a musician. On one hand, it can be a key component to initial success—that buzz that surrounds an artist can help catapult them far beyond expectations if the anticipated music is good. On the other hand, failure to live up to those expectations can result in a mark on their musical permanent record that’s hard to get rid of. For hip-hop artist Hoodie Allen, hype is a lifestyle he thrives in—so calling his new album The Hype just makes sense.

Hoodie has made hype his middle name ever since breaking onto the scene with his first official outing, an EP titled All American. Charting at number 10 on the Billboard 200 chart, Hoodie showcased his ear for beats and a knack for writing a hook. Five years later, he’s just gotten better at it.

Following up 2016’s full-length Happy Camper, Hoodie impressively wastes no time showing growth with The Hype—a 12-song collection well worth the price of admission, and easily his finest offering to date. While Hoodie doesn’t necessarily break new hip-hop boundaries, he knows what he does well, and he mixes that in with some new ingredients to make The Hype something special. Truth be told, it was hard to imagine how he could respond after having such success with Camper—“Surprise Party” and “Champagne and Pools” are some of his biggest songs yet. But The Hype has more than enough ammunition sprinkled throughout its contents, especially when you look at lead single “Sushi.” A foot-stomping powerhouse, “Sushi” rocks an undeniably catchy chorus tailor-made to clap along with.

So, the single is out of the way—what’s next? Well, more should-be-singles. Hoodie is unapologetic when it comes to making chart-topping hopefuls, but it never feels trite or uninspired. “All for Me” sports a feature from Pentatonix’s Scott Hoying, and the result is a first-class ticket back to the 90’s with its throwback pop feel. Meanwhile, “Fakin’” is something on The Hype that gears more toward straight-forward rap. Vocally, Hoodie goes big on pop-centric melodies, but with stylized vocals similar to Nav and harder and heavier beats than most of what you’ll find in his discography.

Known for his whimsical wordplay, there’s no shortage of that here in the lyrics. Some one-liners are simply Hoodie classics, with “Mad” taking the cake: “I’m just so glad you want me / But other times, I feel unqualified / You Donald-Trump me.” Additionally, an homage to 50 Cent’s “21 Questions” in the aforementioned “All for Me” makes it that much more enjoyable.

Hoodie manages to flip the script on The Hype with various risks that pay off extraordinarily. Album standout, “All My Friends,” features more than just a guest singer—it’s a whole guest band. Pop-punk phenoms and fellow New Yorkers, State Champs grab the mic to spice things up in this legendary collaboration. Taking control of the chorus, the band manage to make the song sound like it’s theirs at times, but Hoodie brings the listener right back down to earth once the verses hit. It’s moments like these that show us The Hype is better looked at as an experience rather than just an album, as Hoodie hits on all cylinders with everything that he’s trying to accomplish here.

Production work by a strange mix of producers—pop-head Andrew Goldstein, EDM remixer Louis Futon, hip-hop up and comer Tyler Nicolo, and more—help round the album out, allowing for each song to stand on its own due to the personnel behind it. The biggest surprise? Most of these producers aren’t massive names, even though Hoodie may be at the point where he could enlist one if he wanted to. Still, the songs exist as if they were recorded by the industry’s finest, and because of it, the producers here should be on their way there.

It doesn’t take long to realize that Hoodie lives and breathes through his craft, so “hype” be damned—nothing stands in his way. As the closer “Runnin’ Circles” puts it, “If you ain’t doing something every day that make you feel alive, you should find a better way to spend all your freakin’ time.” When it comes to Hoodie Allen, there’s no question The Hype is time well spent.

Buy it, Stream it, or Skip it: Buy it, listen to it, and then buy it and listen again…

…Then tune in this Fri 9/29 @ 7pm ET to hear Hoodie himself tell us all about The Hype and play the record for you in full for his very own Release Day Listening Party! ido.bi/player