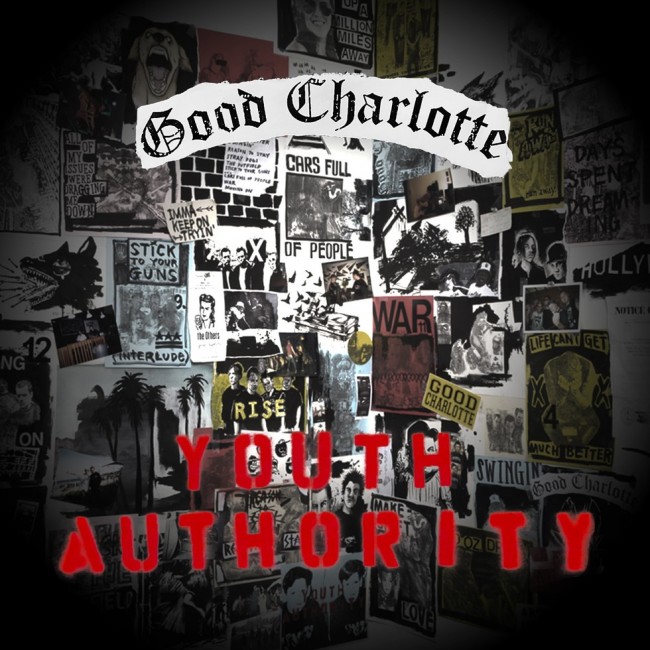 I have been waiting six years to write this: Good Charlotte are back with a new album. GC have been my favorite band for 14 years—I’ve gone from a little kid, to an angst-filled teenager, to an adult working in the very scene they introduced me to. That being said, it’s very easy to become jaded in this industry. In this world. To forget what it’s like to love something purely and wholly and without fear of being judged for it. When you’re a teenager, everything is new and paramount, and everything is the end of the world—that’s before life wears you down and teaches you to become more guarded. But this album is a reminder that it’s okay to feel how I did back then—to love something completely and talk about that love honestly. Because that’s why I got involved in music in the first place. Not to discuss in-depth instrumentation or if this record lives up to whatever rating system, but to talk about how music makes me feel. GC first appealed to me because they were honest. They wore their hearts on their sleeves and no matter what “phase” they went through (remember the eyeliner?), that earnest sense of honesty always shone through, and with Youth Authority, it’s more profound than ever.

For the fans who were there the first time round with The Young and the Hopeless, this album taps hard into that nostalgia—from the opening riffs of “Makeshift Love” you’ll suddenly be 15 again, with the urge to scribble lyrics on your converse and turn the speakers up so your neighbors can hear the record too. The sound is 2002 pop punk in a bottle, but it’s also refreshingly new—while it’s unmistakably classic GC—they haven’t lost that ability to write the incredibly poppy hooks only they could get away with in alternative; which turns songs into anthems for the new generation. And there’s something for everyone in the lyrics: the light-hearted tongue-in-cheek humor in the effervescent “40 Oz. Dream” pokes fun with lines like, “I called my mom and she was taking selfies”, but also acknowledges how far they’ve come. Meanwhile “Life Can’t Get Much Better” shows a sweet acoustic appreciation of the lives they’ve built. Digging deeper, “Cars Full of People” is an introspective track ready for both those rainy car journeys where you stare out the window and contemplate, but it also has a huge echoing sound ready to light up a venue. And with the insane moshpit-inducing fun of “Life Changes” to the heavier aspect of “War”, there’s still some of the angst that catapulted them to the big leagues, and it’s primed once again to bring in a whole new wave of fans and get kids going crazy at live shows.

But what stands out most on Youth Authority is its sense of camaraderie for the underdogs. “The Outfield” says it best: “We were the young and hopeless / We were the broken youth / You’re not the only one they used”. They’ve achieved so much, yet they remain the outsiders, still facing critics at every turn who now say they’ve “sold out” instead of they’d “never make it”. Still marching in the face of adversity, still stoically different and unafraid to show us the way, and that’s what this scene is all about. Whatever your opinion on Good Charlotte, they’ve always stuck true to their guns—I know with this record more than ever, they’re doing it for themselves and I can count on them for that honesty. Youth Authority is the best gift they could have given us: the encouragement to be honest and to be ourselves no matter what. And in a world where the youth are ostracized for being who they are, it feels good for us underdogs to gain some authority.

Buy it, Stream it, or Skip it: Buy it and join the Youth Authority.