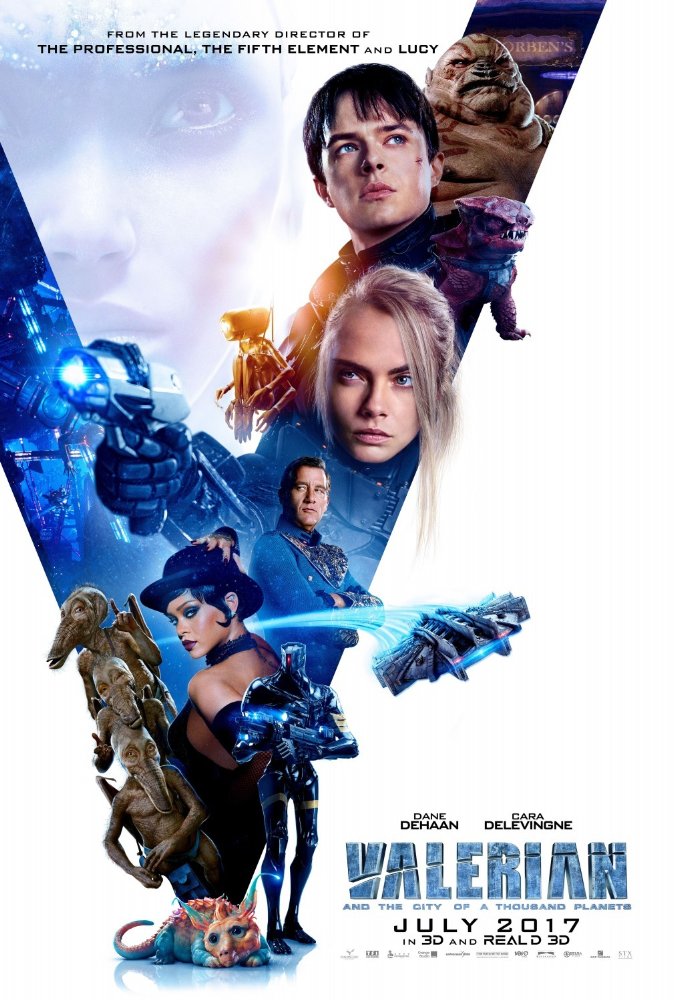 Valerian and the City of a Thousand Planets

Basically: Valerian is a spectacle-level space opera that needs to be seen on a big screen, despite some wonky casting choices.

Based on a popular Franco-Belgian comic that ran from 1967 to 2010, VALERIAN AND THE CITY OF A THOUSAND PLANETS is Luc Besson’s spiritual follow-up to THE FIFTH ELEMENT, though we should note that the two movies are not connected in any way—except for both being big-screen spectacles that will both wow their audiences.

VALERIAN is the story of Major Valerian (Dane DeHaan) and his partner, Sergeant Laureline (Cara Delevingne), agents of humanity’s far-flung empire. During a down moment with Laureline in a sun-soaked beach, Valerian has flashes of memory: A world and a people destroyed by the plunging debris of a space battle. He investigates, only to find that the world he has dreamed does not exist…which is impossible.

Valerian and Laureline are tasked with recovering a “converter” being sold in the “Big Market” on planet Kyrian. It’s the last of its kind…and a clue to the mystery of Valerian’s memory. Before the mystery can be unravelled, Valerian and Laureline must go where none have survived, to assess an unknown enemy and deal with it. Along the way, they’ll encounter the menacing Commander Filitt (Clive Owen), the holographic but helpful Defence Minister (Herbie Hancock), Bob the Pirate (Alain Chabat), Jolly the Pimp (a hilarious Ethan Hawke) and his shapeshifting attraction Bubble (a remarkable performance from Rihanna). 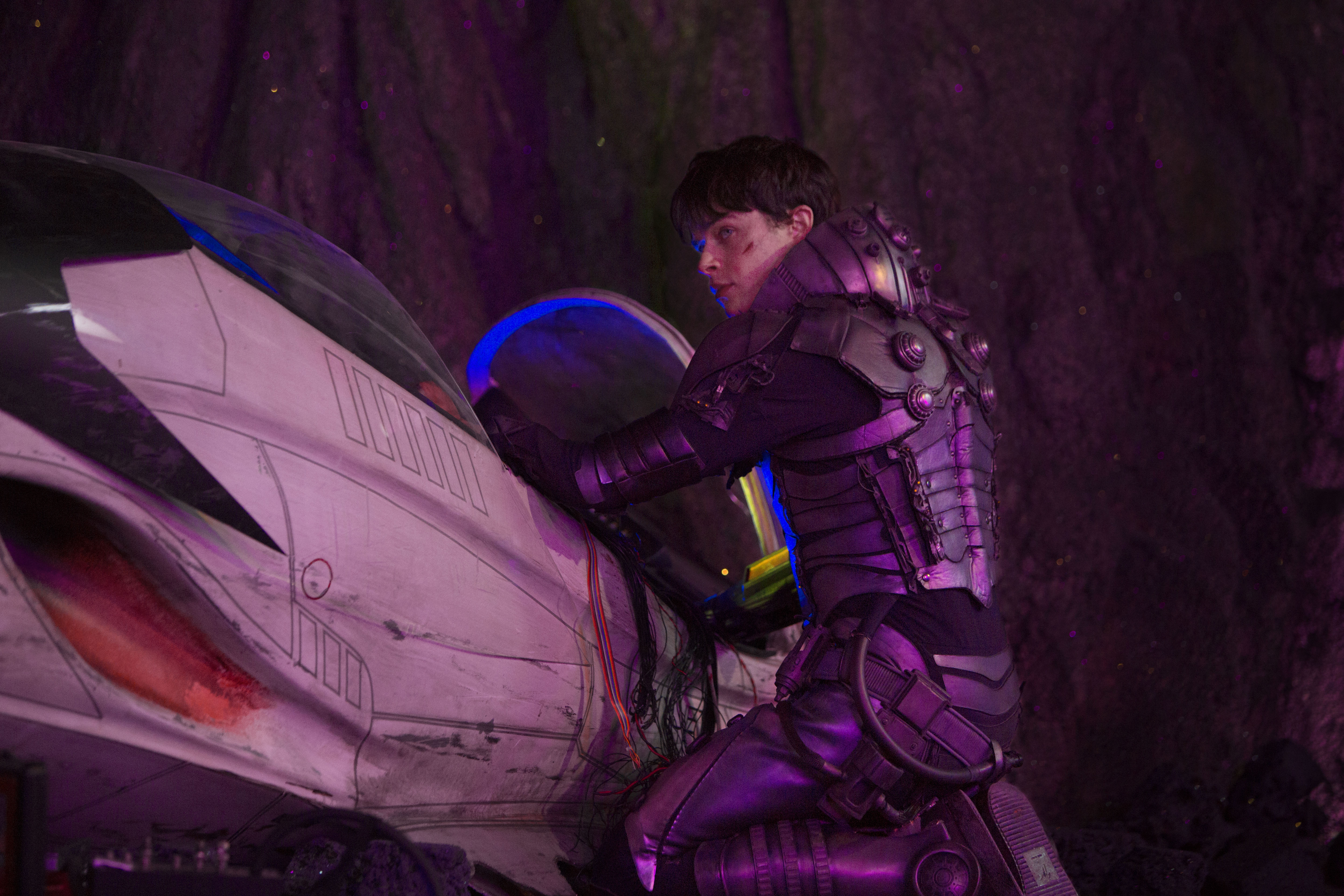 Will Valerian be tripped up by his own feckless, improvisational approach to doing his job? Will Laureline survive a harrowing visit to a subterranean race? What is the secret of the blue pearl Valerian found and the converter they rescued, and what is his connection to a species that officially doesn’t exist? Visit the City of a Thousand Planets and find out.

The movie is a genuine feast for fans of alien worlds and epic storytelling. Besson has a master’s eye for detail, creating worlds of such depth and vitality that they demand their own stories—they feel as though they’ve existed before and will exist after the movie is over. It’s majestic science fiction. There are aliens of all sorts represented, too many to even begin listing, and the backgrounds alone beg for multiple viewings.

We expected that, given Besson’s work on FIFTH ELEMENT, and we also expected that the story would be solid. It is. Valerian has these troubling thoughts in his head, and part of the mystery lies with figuring out why he daydreams about the annihilation of a world and its happy-go-lucky princess. There’s a reason but getting there requires several detours, as well as confrontations with bad guys of all sorts. Seems there’s a whole universe that does not want Valerian finding out the truth.

DeHaan is not a likely Valerian in some ways. His chemistry with Delevingne (who’s really quite good) develops, but at the start it is not there. His character is meant to be a playboy, with Laureline as the long-suffering object of his sometimes buffoonish advances, but it never exactly takes off that way. Perhaps it’s due to the actors’ youth, but they sometimes felt like Babes in the Woods in Space more than experienced, battle-hardened special ops on a very unusual mission. That said, Delevingne did a great job as Laureline, saving Valerian as much as (or more than) she was saved by him.

Hawke seems to be having a blast as Jolly, a way-too-friendly pimp who introduces Valerian to Bubble, a blue jellyfish with the ability to become just about anyone (but seems to prefer being Rihanna—and why not?). Bubble has one of the more poignant stories in the movie, being removed from her people and compelled to perform. She seeks approval, needing rehearsal time to get into character before going into a dangerous bit of undercover work.

It’s hard to say if this movie will resonate with audiences this summer, which seems dominated by franchise blockbusters, but my guess is that this movie—again, like FIFTH ELEMENT—will be discovered by people long after it’s out of theaters and it will enjoy a very long and healthy life on DVD and on demand. It has that sort of vibe to it. And odds are excellent that this will be a movie future filmmakers study to learn the fine art of world building and making effects serve the story rather than the reverse.

In the end: VALERIAN AND THE CITY OF A THOUSAND PLANETS is space opera, with plenty of big drama and flourishes.