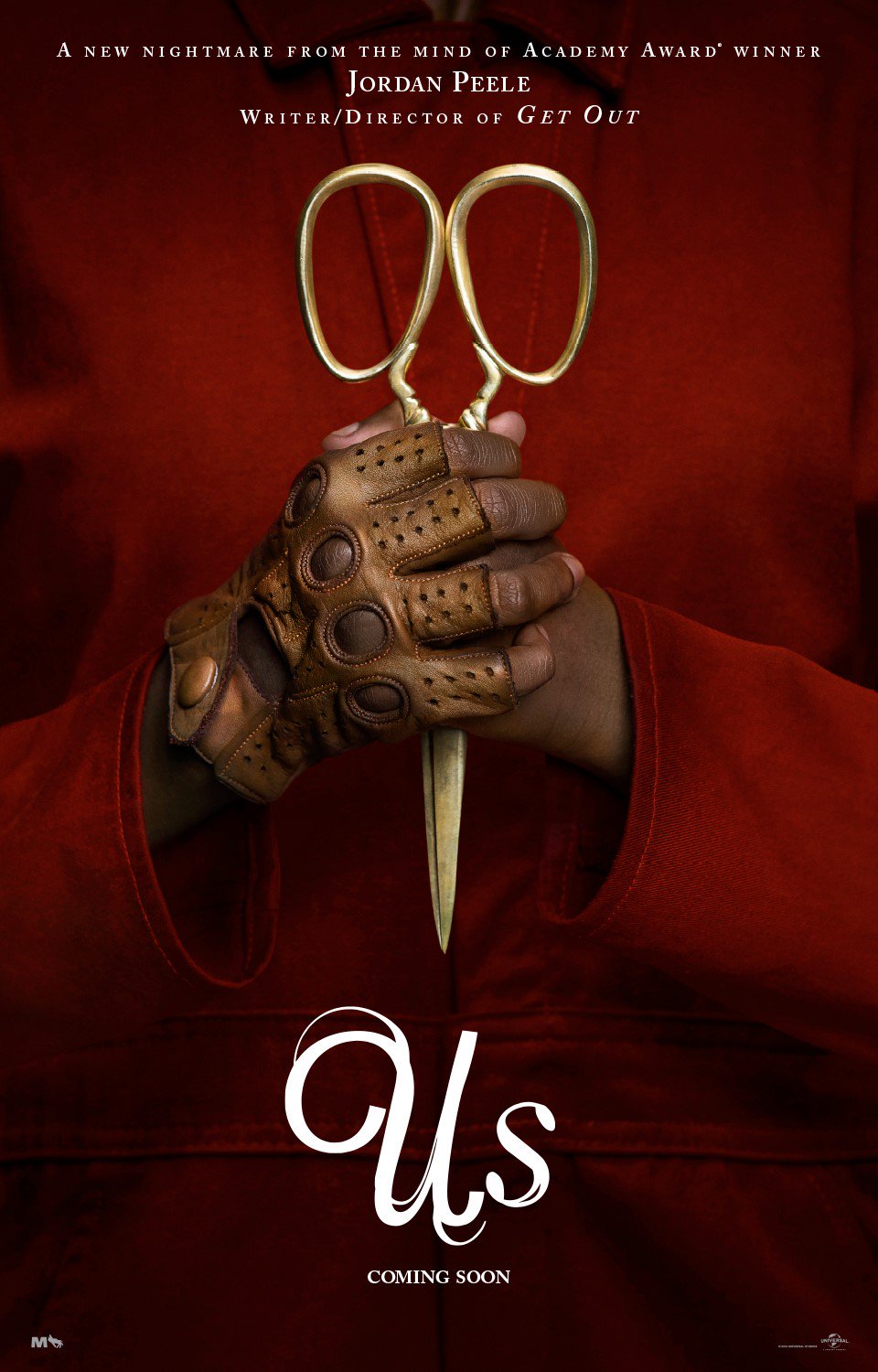 Basically: A mix of a slasher film and psychological thriller done in a way that is becoming Jordan Peele’s trademark.

Two films in and it looks like Jordan Peele is one of the most interesting and exciting filmmakers in Hollywood. I don’t say that lightly either. Peele has found a way to use our anxieties of the modern world as inspiration points like no one else working today. With Get Out he used issues of tokenism, white liberalism, and gentrification as core ideas, with Us Peele is working with themes I haven’t totally figured out yet but the imagery has stayed with me long after viewing the film. 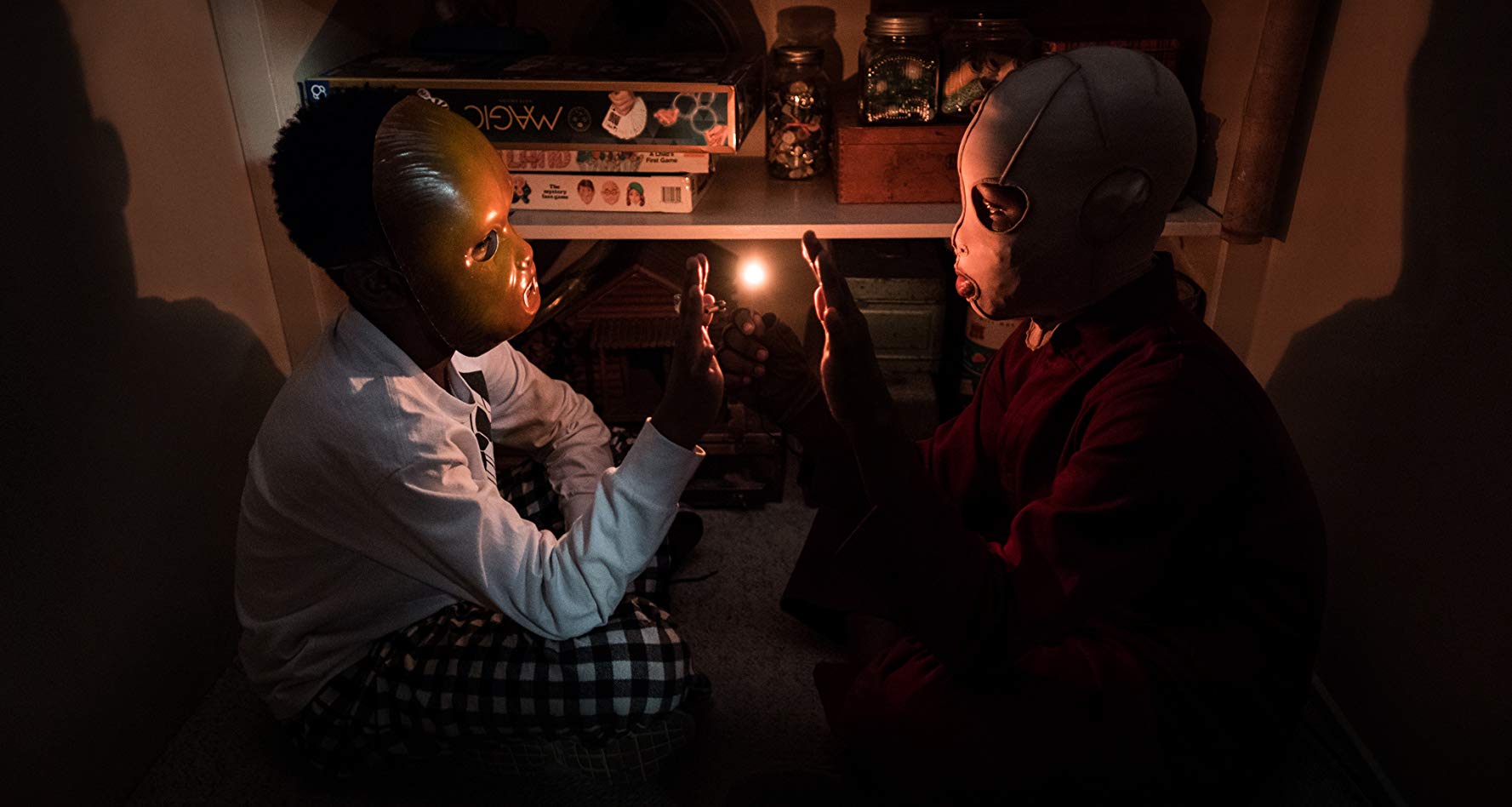 Us  is focused on Adelaide Wilson (Lupita Nyong’o) and her family, husband Gabe (Winston Duke) and their two children Zora (Shahadi Wright Joseph) and Jason (Evan Alex) as they go on summer vacation in Santa Cruz. Things are going fine, as you’d expect from a day on the beach, until that night when they are visited by dark doppelgängers wishing to do them harm. “They” are led by Adelaide’s mirror opposite named Red. From then on the family must do whatever they can to survive the onslaught with many twists and turns throughout.

This a fun movie. That might sound weird but being that some of the most fun movies in cinema history are horror movies, it isn’t. Peele starts out by giving the viewer a sense of unease in a flashback from the perspective of a child. Angles from low to high and high to low leave you unbalanced from the start. From there the bulk of the first act is actually very light and funny, thanks especially to Winston Duke who plays corny dad to the hilt like he’s in a 90s sitcom. His interaction with the family does a great job, in a short time, to establish the dynamics. Along with Zora being a teenager and Jason being the little kid that sneaks up on people, the actors slowly prepare you to get deeper and deeper into the tale. 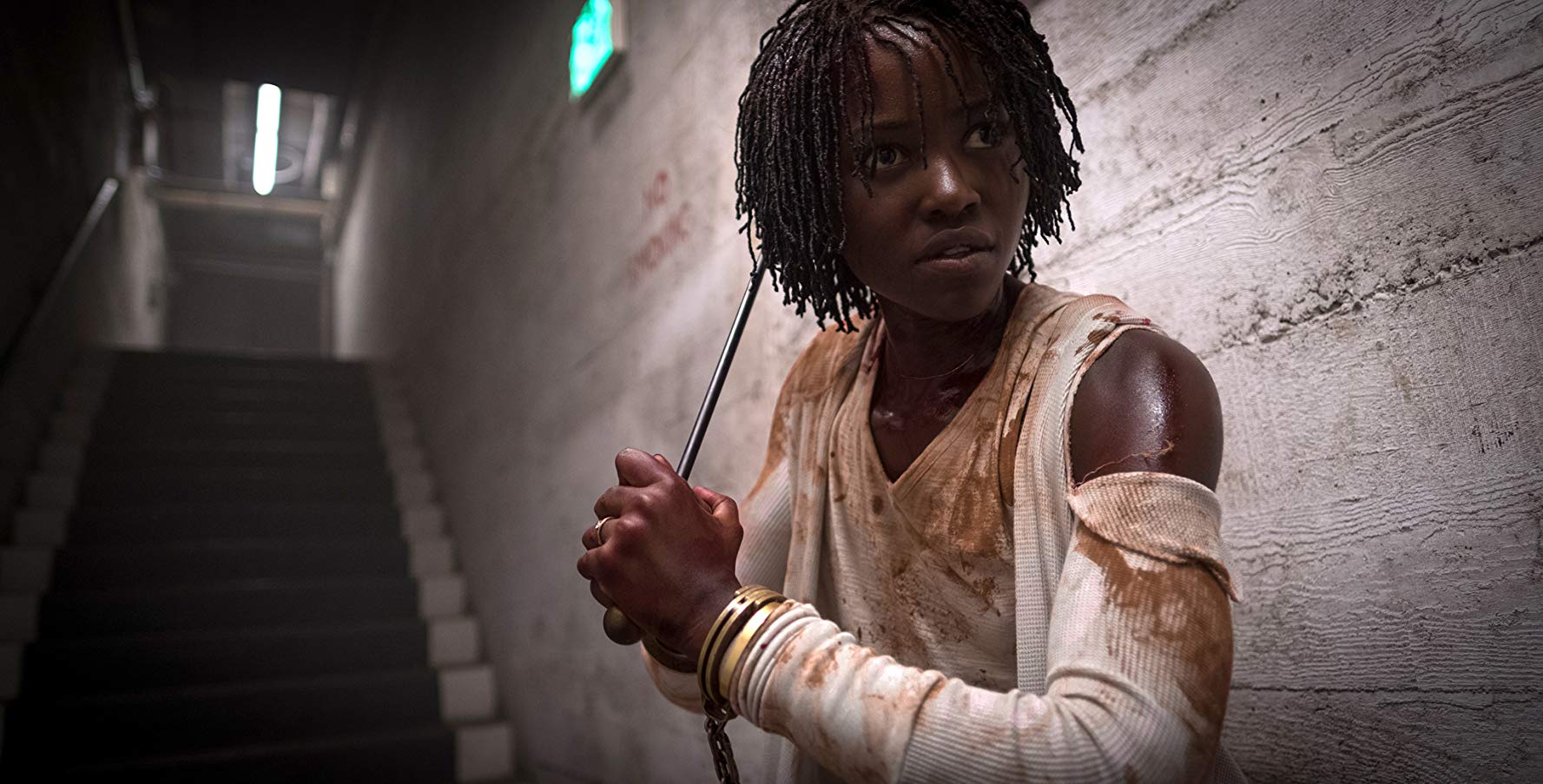 Keeping on this, the performances are great even the small supporting ones like Elisabeth Moss as Kitty, the stereotypically vapid upper-middle-class mom that checks all the boxes of horror but would be uninteresting in other actors’ hands. What guides you through Us  is each one of these actors are playing two roles, as the good family and as the shadow family. The Wilsons are as empathetic as their shadows are disturbing. Their unhinged movements, slow then jerky, are continually unnerving paired with their facial expressions. As mothers, Red’s cold and joyful rage contrasts with Adelaide’s terror and drive to escape. Duke’s Gabe is confused and wounded vs. Abraham (his shadow) who is brutal and sad. All the members of the family, outside of Red, give you feelings of slasher movie classics: Halloween, Texas Chainsaw Massacre, Friday the 13th. The shadows are relentless in their pursuit, but Peele also does some things to skew our expectations of the genre. The Wilsons don’t always make the same mistakes the heroes in slasher films make. At times they make common sense choices—the choices that movie-talkers will yell at the screen.

A lot more can be said but that would actually spoil the movie. As far as technique, Peele has great use of mirrors and shadows to throw you off of what you’re seeing. He has another great movie on his hands, but I don’t know if it’s going to capture the cultural zeitgeist as long as his last effort. We’ll see. That doesn’t really matter, what does is that this is a movie you should go see to experience something different.

In The End: Peele crafted a film that successfully follows up his last Oscar-winning hit with something very chilling but also completely different.