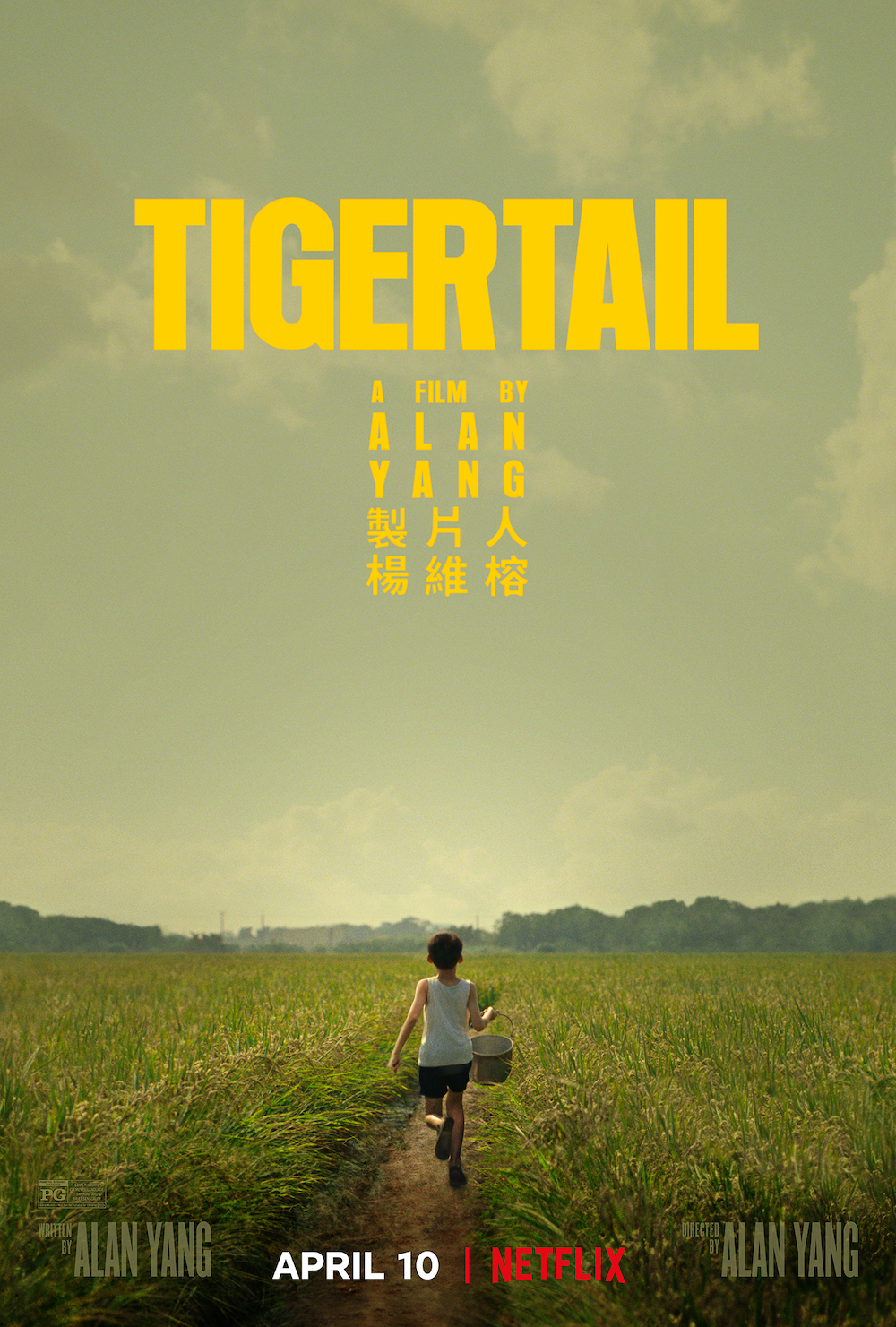 Basically: The wounded heart is a far greater divide than any ocean we might find our way across.

Tigertail begins almost like a documentary, with a boy in the rice fields of 1950s Taiwan, telling the story of a life barely lived. He is idealistic and sees beyond what is, into what he wants to be. This moment is one of the film’s finest. It is matched by the denouement, those final scenes, when we return to the documentary style and the man once again tells his story—this time from the vantage of decades, when he sees what he should’ve recognized all along. In between, there is the pursuit of the American dream. We watch the idealistic young Pin-Jui (Hong-Chi Lee) become the emotionally distant elder Pin-Jui (Tzi Ma). Contained within, there is a true love story contrasted with an arranged marriage, but the central relationship is found in the divide between the father and his American-born daughter, Angela (Christine Ko).

That is the story. It is simple and true. Perhaps so much so that it doesn’t engage as much you’d hope. The theme, however, reaches across time and cultures: When you are an immigrant, or the child of immigrants, or even a person of color who lives in this land, there are things you know. Things you have seen. Things you don’t always have the words to share. For instance, there is a place where the obligations of your cultural heritage crash against the quest to be equally American. The subsequent tug-of-war is sometimes so volatile that the friction causes the heart to harden. Over time, some build emotional fortresses around themselves, ones so impenetrable even their spouses or their children cannot reach them. And in that way, it’s possible to pass that hardness on, until the jaded heart affects the lives and loves of the next generation too. It’s a powerful theme. Yet despite my connection to the truth of this story, combined with the vulnerability of Ko’s performance, and my love for Ma, Joan Chen, and James Saito, there is something about Tigertail that feels as distant as Pin-Jui is from his emotions. There are wonderful moments, like when the father and daughter seem to be walking towards each other from two very different places…and we wonder if they might ever meet somewhere in between. Yet, for most of its runtime Tigertail is monotone—the dramatic moments don’t peak the way you want them to and when it should sparkle it only glimmers.

In the End: The performances are terse but relatable and, if you have the time to patiently listen, this film has something to say.