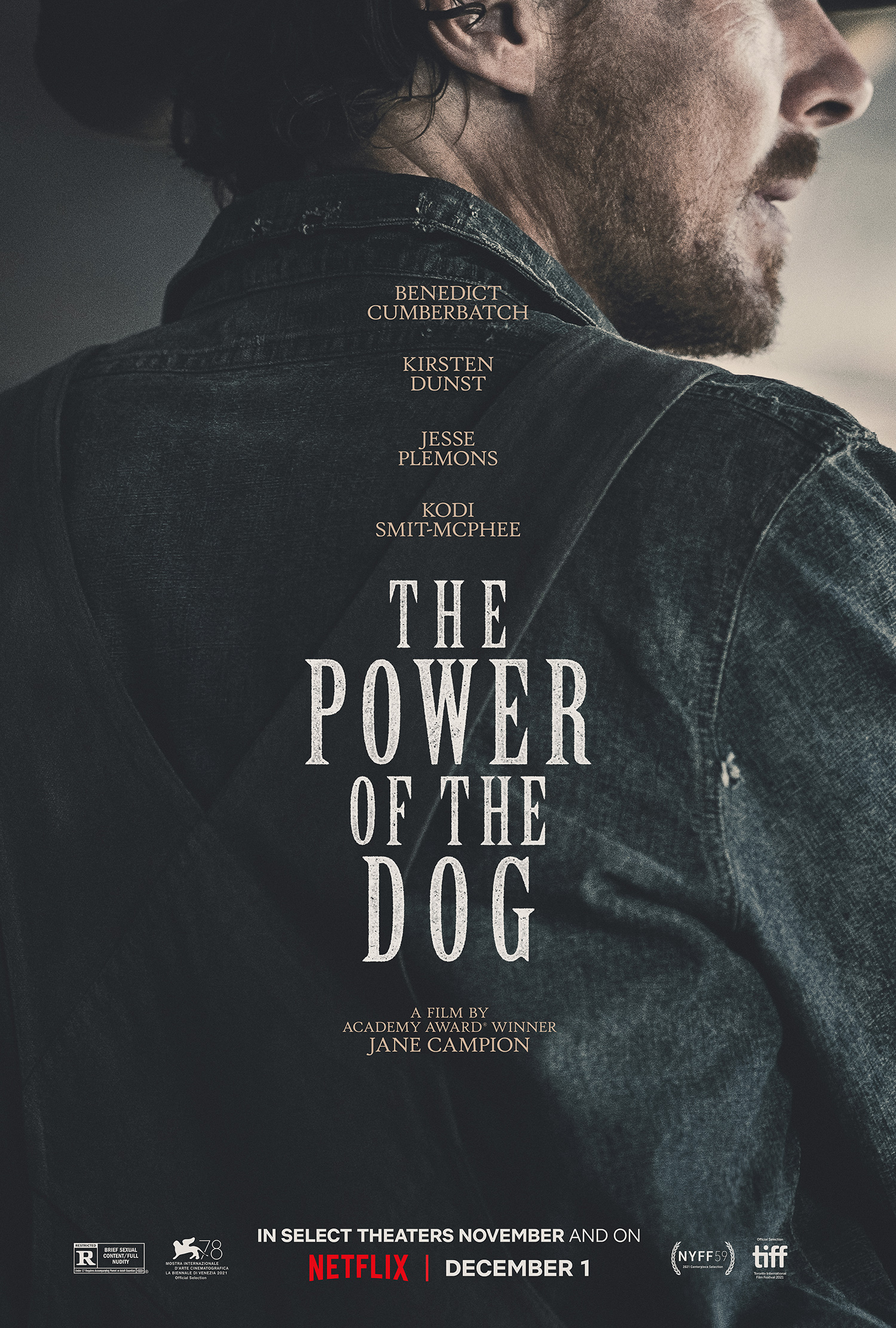 The Power of the Dog

Basically: People with demons can easily become them…

Allow me to say this with the roughness of a cowboy:
Gotdamn, Jane Campion tamed this tale, set in the fading days of the Old West, with the unrelenting steam and bloodiness of a wild bull.

Whew. Now that I’ve gotten that off my chest, let’s talk more about The Power of the Dog.

We begin in 1925 Montana. The voiceover is one of our four main characters. His name is Peter (Kodi Smit-McPhee) and he is our narrator; his point of view becomes our guide. You realize this as soon as his steady measured voice says the following, with the purpose and pacing of poetry:

When my father passed
I wanted nothing more than my mother’s happiness
For what kind of man would I be, if I did not help my mother
If I did not save her

There is something about his tone, the score, and the darkened screen that foreshadow what must have been an everyday promise in those untamed lands: There will be blood. But how or when is something you don’t know. And part of the thrill of this slow burning film is waiting for things to go wrong. Filmed with the intensity of a thriller, The Power of the Dog finds its balance in its character studies. We have our pair of brothers: Phil (Benedict Cumberbatch) and George (Jesse Plemons). George is quiet, repressed, and seeking a happiness that comes from respectability and perhaps distance from his brother. Phil is a man on fire, being consumed by something unnamed when we meet him, but we know he is mean, intelligent, and he loves with an intensity that is too much for most humans. He hates that way too.

Our other pair is a mother and son: Rose (Kirsten Dunst) and our narrator Peter. Rose is a woman facing difficult times, an artist-soul whose husband’s death has forced her into manual labor. She is an incongruous blend of fragility and grit that’s so odd you become concerned about what might happen to her as well as what she might do. Her personality quirks are worrisome and add to the building tension of the film. Peter is gentle but with a backbone of steel. He refuses to conform to gender norms and does so with a confidence allowing him to eschew the mocking he receives because of it. This is rare for depictions from this time period and it works well to rope us further into the story.

The inciting incident happens when George decides Rose will be the catalyst for the changes he craves in his life. And Rose, needing to be cherished again, agrees. The two marry in secret and the result is a volatile animosity between Rose and Phil. George and Peter, despite their own shortcomings, get caught up in the battle of opposing wills. You could call the situation a powderkeg with a long fuse. You’d be right.

You’ll keep waiting for the axe to fall…and it doesn’t…and it doesn’t…and the tension builds to the bursting point. Perfectly benign moments take on sinister hues in The Power of the Dog, you know something is deadly wrong, tensions hang over your head, and when the axe finally falls it’s a hell of a payoff.

Adapted and directed by Jane Campion, based on the novel by Thomas Savage, The Power of the Dog is a methodical, slow-burning, and immersive bout of classic filmmaking. The script is unafraid to draw out your anticipation, while it builds complexity into its characters. The symbolism is a masterclass. And the cinematography is a wonder. The four lead actors damn near drag you down into the morass of their character’s pain, their secrets, and their desires. Sometimes you want to scream ‘what the fuck is happening?’ but then you settle in to wait for that axe to drop.

Some may find the wait too long but if you’re a cinephile or a fan of literature, it all works.

Everything else is a spoiler, so let’s talk more after you’ve seen The Power of the Dog.

In the End: Jane Campion is here to mess with our minds in her latest film; is that a barking dog you see up in the hills or are you afraid of the shadows within? Watch it and let us know.